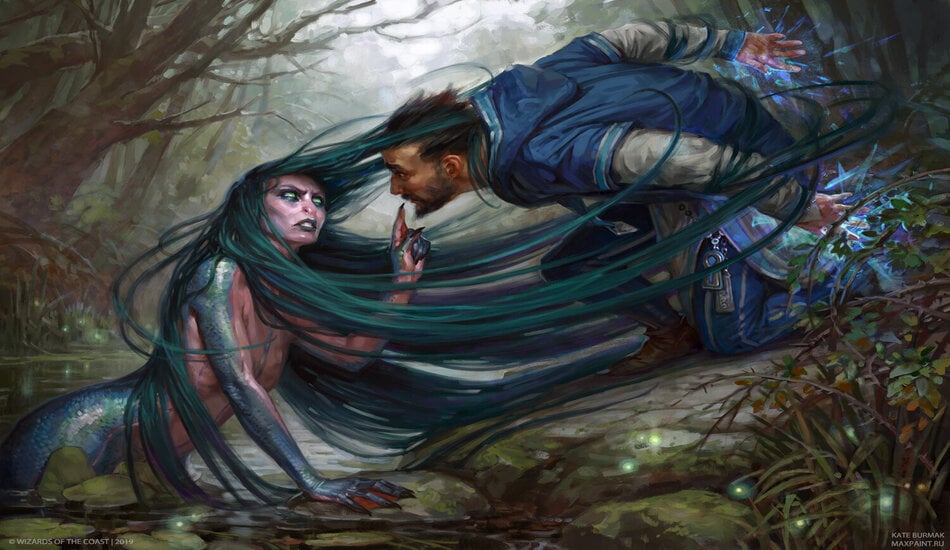 Of the top 20 most-chosen cards at Magic: The Gathering’s final major tournament of the year, Mystical Dispute reigns.

It’s not often in a major Magic tournament that the most-played card is a sideboard entry. But at Mythic Championship VII, a majority of the players have multiple copies of Mystical Dispute on standby to counter various spells.

Green had previously dominated the Standard metagame since the release of the Throne of Eldraine set. But since the Nov. bans of Oko, Veil of Summer, and Once Upon a Time—the meta is balanced at Mythic Championship VII, with decks like Jeskai Fires and Jund Sacrifice being the most chosen archetypes.

The popularity of Mystical Dispute stems from its one mana casting cost. It’s primary function is to counter cards like Fires of Invention, Witch’s Oven, Bonecrusher Giant, and Casualties of War. Of all the cards being played at Mythic Championship VII, there are 111 total copies of Mystical Dispute.

Another one mana spell, Duress, is also a highly favored card with 88 copies being played. And there’s an old favorite at the top of the list too, as Teferi, Time Raveler reclaims the planeswalker metagame crown with 72 copies. Ramp also remains a popular theme via 77 copies of Gilded Goose and 73 copies of Paradise Druid.

Other popular cards include the following:

Watch all of these Magic: The Gathering cards in action during Mythic Championship VII, from Dec. 6 to 8.