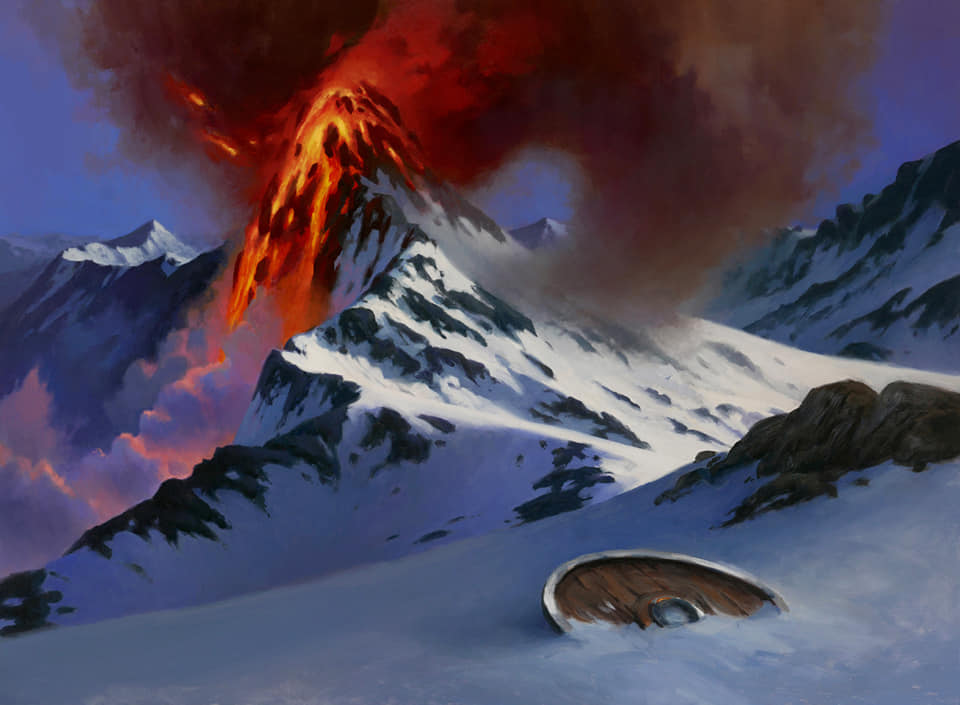 Sagas have become a mainstay in Magic over the past few years since the card type’s debut in Dominaria in 2018. The enchantments were powerful in Standard and rotated out along with Dominaria.

Sagas made their return in Theros Beyond Death last year and are now showing up in the upcoming Viking-themed set, Kaldheim. A cycle of uncommon, two-colored Sagas are in Kaldheim and two of these cards were announced today. Forging the Tyrite Sword and The Trickster-God’s Heist fit in wildly different decks and bring their own strengths to the battlefield.

This Saga gives its controller mana for two turns then finds them equipment to play with that mana. The striking detail of this card is that it specifically can search for Halvar. Halvar is already a powerful card and Forging the Tyrite Sword helps decks looking to play the God by allowing them to run fewer copies of it. The uncommon Saga doesn’t need to be played only in decks that run Halvar, though. Since Forging the Tyrite Sword can find any equipment, specifically Embercleave, it can be used to look for win conditions.

The two treasures will end up being worthwhile in Boros decks with a larger top-end. Usually, these decks want to top out around three or four mana. It might not be worth it to play a three-mana Saga that doesn’t affect the board more. Showdown of the Skalds feels like the better option in most cases.

There are plenty of big, scary creatures running around in Standard. From green’s finishers like Elder Gargaroth to red’s monstrous Terror of the Peaks, creatures are in a good place in Standard.

The Trickster-God’s Heist is primed to take advantage of the powerful creatures in Standard by creating uneven exchanges. Trading a Merfolk Windrobber for an Elder Gargaroth, or even a Bonecrusher Giant, is a massive tempo swing. The ability is still decent without wildly uneven changes. Simply setting yourself up with better blocks can buy enough time for a Dimir deck to take control of the game.

It’ll be harder to find value from the second chapter of the Saga. The most common use might end up being the exchange of two nonbasic lands and attempting to cut the opponent off of one of their colors for a turn or two. Plenty of Standard mana bases are filled with nonbasic lands, so this exchange should be the simplest to set up. The final chapter on the Saga is fine. A little bit of life can help you recover from any setback caused by spending turn four to play the Saga instead of a more immediate threat.

These Sagas will hit Standard when Kaldheim goes live in Magic Arena and Magic Online on Jan. 28. The set’s full release is scheduled for Feb. 5.