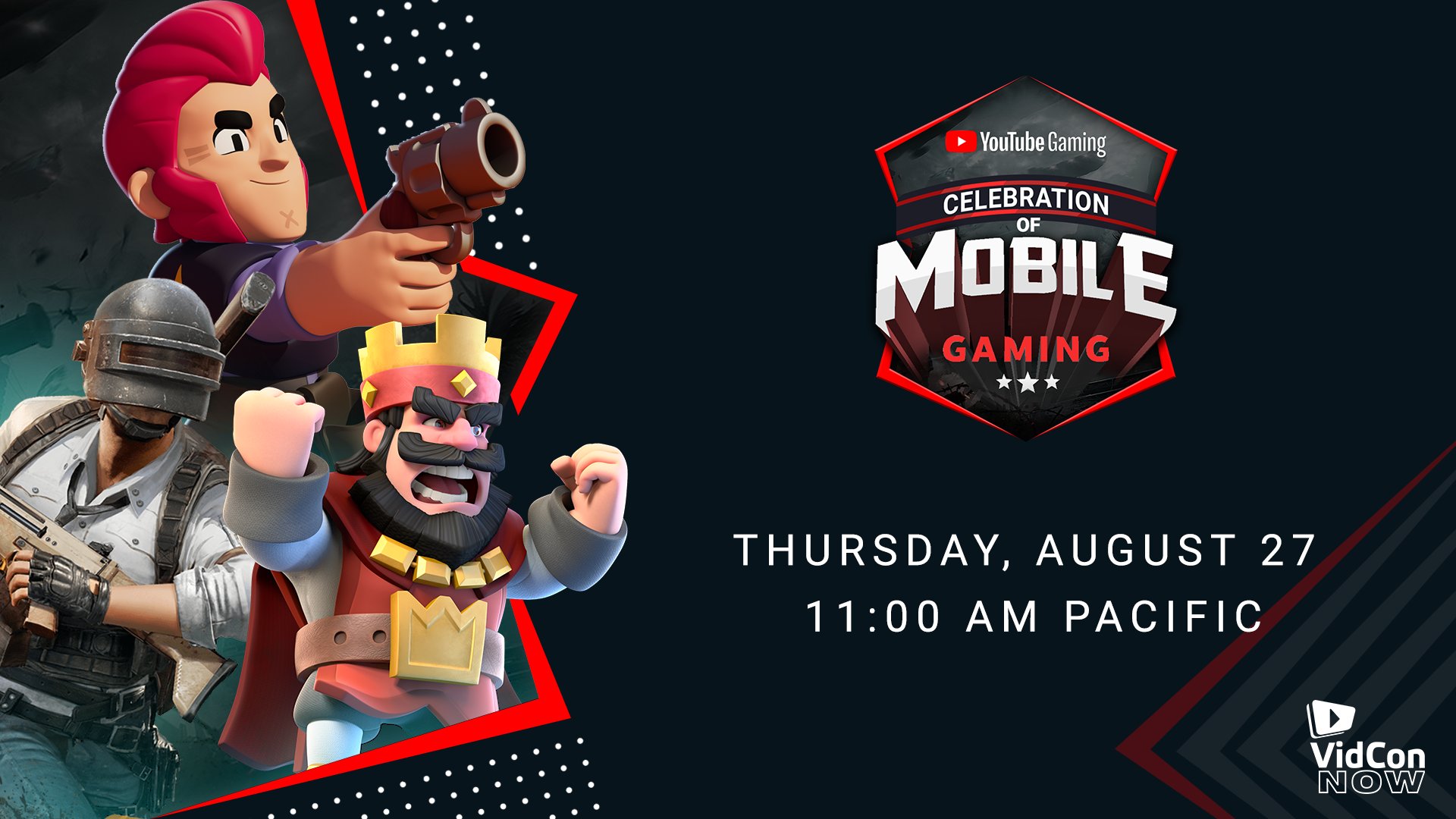 YouTube Gaming has announced the “Celebration of Mobile Gaming” tournament with a prize pool of $50,000. Seven creators will compete in Brawl Stars, PUBG Mobile, and Clash Royale on Aug. 27 to become the champion.

This includes Clash with Ash, Orange Juice Gaming, KairosTime, Medalcore, Lex, Her Gaming, and Powerbang Gaming. The winner will get the chance to donate the prize money to a charity of their choice.

The Celebration of Mobile Gaming will be streamed on the VidCon YouTube channel on Aug. 27 at 1pm CT. More details will likely be announced soon.

Recently, YouTube’s global head of gaming, Ryan Watt said the company was making “significant strides” on live gaming. He added they can’t wait to reveal more details regarding this.