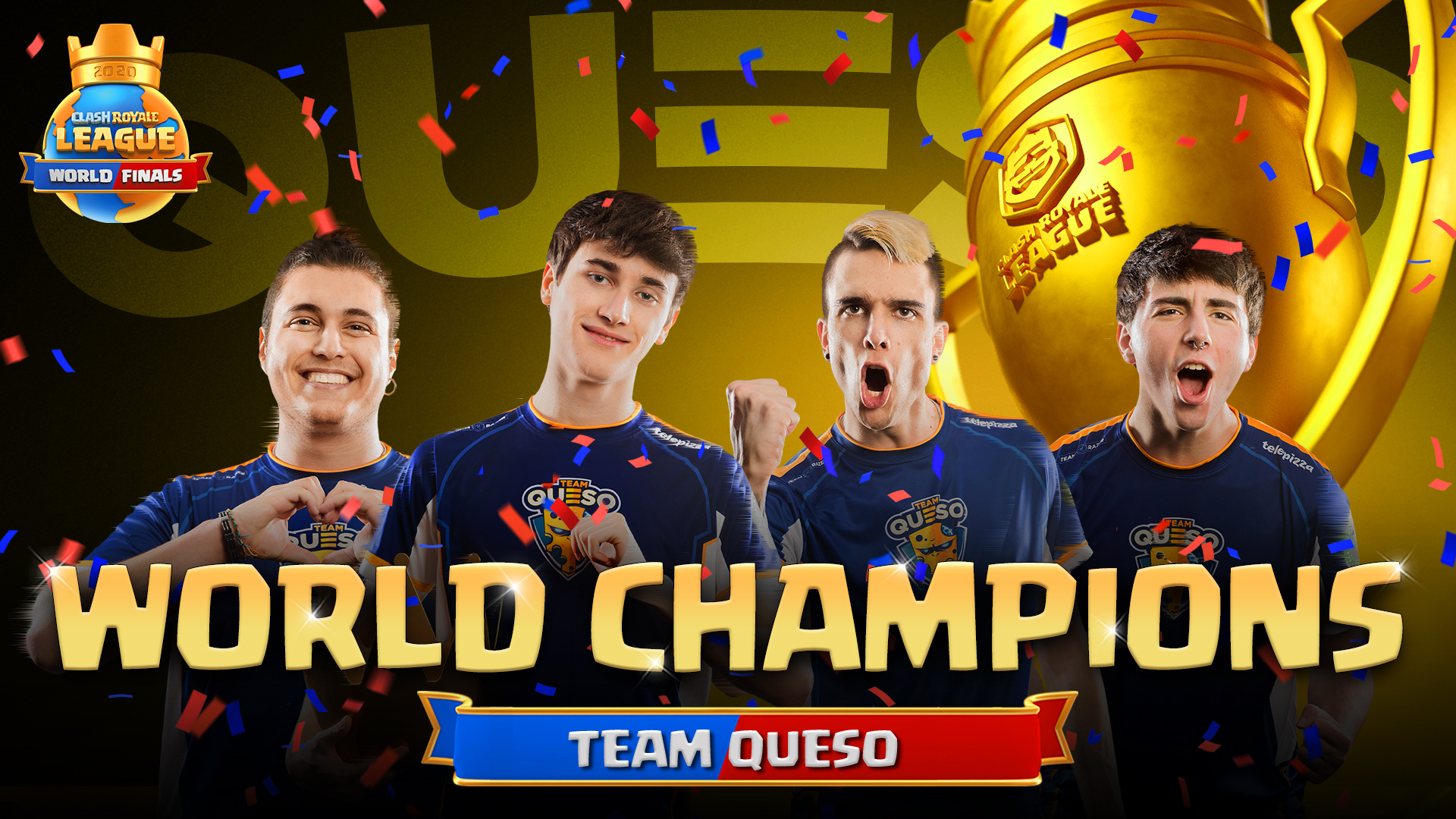 Team Queso have been crowned the Clash Royale League 2021 world champions after triumphing over SK Gaming in the finals today.

Team Queso and SK Gaming defeated PONOS and paiN Gaming respectively to advance to the finals. It was a repeat of the CRL West fall season finals where the same two teams faced off.

SK Gaming looked to seek revenge today while Team Queso hoped for a repeat of their last encounter. SK had a strong start to the finals, winning both the two-vs-two and King of the Hill sets.

Queso faced a formidable task from the third set onwards as they had to manage a reverse sweep by winning all three one-vs-one sets to have a chance to lift the trophy. Queso’s RUBEN defeated SK’s Javi14 in the third set. Queso’s iAmJP, who was the fall season MVP from the west, proceeded to win over SK’s xopsam to take the series to a fifth set.

In the final set, the two heavyweights from the West, SK’s Morten and Team Queso’s Ruben faced off to decide the world champions. RUBEN won two back-to-back games to secure the set and the series for Team Queso.

Unsurprisingly, Queso’s RUBEN was adjourned the finals MVP for his one-vs-one set victories.

Here are the complete rankings with the prize pool split for the CRL World Finals 2020.