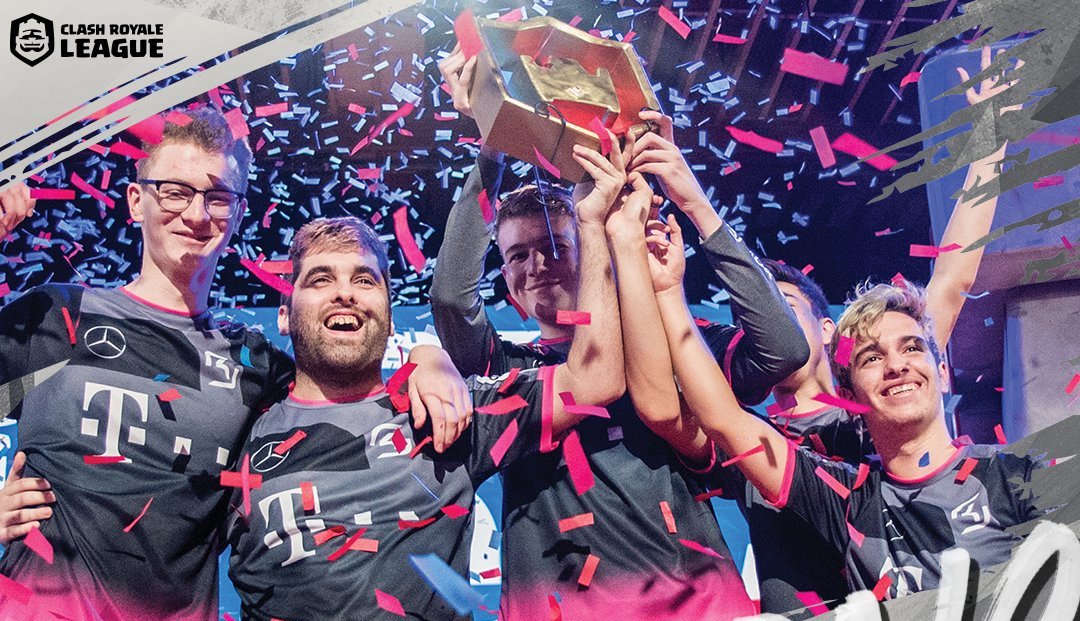 The fall season of the Clash Royale League (CRL) West concluded yesterday and SK Gaming were crowned the champions.

The playoffs were held yesterday between the top six teams from the group stage. SK directly qualified for the finals since they came in first during the group stage. They had a tremendous run throughout the season, dropping only one game in the group stage against Team Queso.

The star-studded roster of Team Liquid placed fourth in the group stage and found themselves in the third round of the playoffs. They defeated Fnatic and then Team Queso in the fourth round to advance to the finals against SK—a repeat of last season’s finals.

This time, however, SK came out on top, taking down the defending champions 3-1. After winning the two-vs-two and first set of the one-vs-one, SK looked set to win the series. Liquid’s Kanariooo denied this from happening, though, thanks to some smart outplays against Xopxsam, who he beat 2-1. But Morten closed out the series for SK in the third one-vs-one against DiegoB.

Here are the final placings from the playoffs as well as the individual prize money won.

SK and Liquid have now qualified for the Clash Royale League World Finals, which will be held in Los Angeles on Dec. 7. The champions from the West will be joined by two representatives each from CRL China and Asia to battle for the chance to become the 2019 world champions.