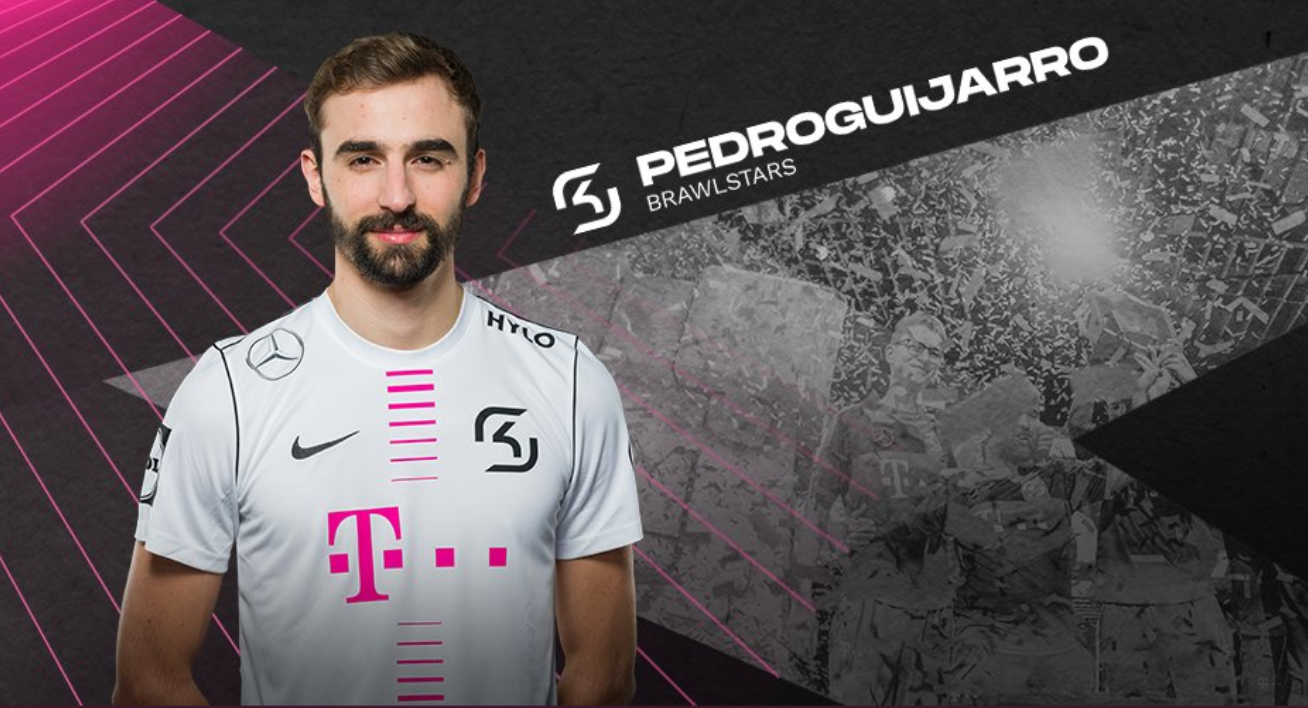 SK Gaming came close to becoming the Brawl Stars world champions last year. After a smooth run to the semifinals, SK went up against the formidable PSG Esports. They gave it their all but succumbed to a 3-0 defeat. PSG Esports, on the other hand, went on to lift the trophy.

Since then, SK has made two changes to its roster, bringing in Bekri “Symantec” Tahiri and Jeton Darvisi in early February. Mustafa “xImSkYRiiKZz” Ibrahim has retained his spot on the team, too.

The Brawl Stars esports ecosystem has expanded a lot in 2021. With several new teams stepping up and a wider format being introduced, Dot Esports sat down with SK Gaming’s Brawl Stars coach, Pedro Guijarro, to discuss the new roster, his expectations for the year, and more.

For this year, SK brought Symantec and Jeton into the team. What was the mindset behind making this change to the Brawl Stars roster?

Pedro Guijarro: At the beginning of the offseason, we knew that Yde was going to leave, so the roster for the moment was going to be xImSkYRiiKZz and Achille and we needed to find a third player.

We started contacting a lot of tier-one players that I thought could fit with these two guys. Some of them said no while others said that they will see later. Meanwhile, Achille got an offer [from another org] that made him leave SK Gaming.

At that point, I only had xImSkYRiiKZz left in the team and needed to look for two teammates. For me, it’s really important to have a good environment in the team. I want to have a team with mature players.

I needed players that could change their playstyle a lot. I was looking for players to nurture and build in SK. We found this in Symantec and Jeton. They are really mature players and are exactly what I wanted in a team for 2021.

How did the three players adapt to this change? How much time did it take for them to build synergy?

We still don’t have the team play that we want to achieve. We all already know what we are looking for with our goals, in terms of team play and gameplay, but are still a bit far.

For example, Symantec needs to change his playstyle a lot. He came from a really aggressive team and we are doing the opposite.

I think xImSkYRiiKZz is already playing how I would like to see. Jeton and Symantec are also getting there. We still don’t have the team that we want, but the team environment is outstanding. I feel like it’s going to be an easy path to achieve the synergy we have in mind.

Do you think that SK’s path to qualifying for the Brawl Stars World Finals 2021 will be easy?

This year, we have two more spots for Europe [in the 2021 World Finals] than we did last year. As a result, this year should be comparatively easier.

With that being said, there will still be fierce competition. I don’t really know how, but all the top tier-one teams have become a lot stronger in the offseason.

On top of that, we have new teams that were tier two last year but are performing really well this year. We have more and better teams this year. Qualifying could be tough but we should make it.

What teams do you view as a potential rival in the EMEA region?

Probably AC Milan Qlash is one of the strongest teams right now in the EMEA region. They are the ones we are looking out for. But I feel like every tier-one team in Europe can beat every other tier-one team, so all of them are doing really well.

What is the living situation of the team? Do you have a boot camp where you stay and practice together or are you competing locally?

We don’t live together in Germany or at SK’s facilities. We work from home and we travel to the boot camp on every important day.

For the first qualifier of the Championship, we didn’t travel to the boot camp as we didn’t know how the tournament was going to be with the new format. Because of this, we preferred to do it from everyone’s comfort space remotely.

We will see what the situation is like in the coming qualifiers and monthly finals. If we feel that it’s important to travel, then we will travel.

I try to keep the traveling to a minimum because the players have school and other things to do. I don’t really want to put them out of their real life by making them travel once a week or more.

I think that the environment is key and I don’t wish to change the life of the players drastically. Of course, access to SK’s facilities in Cologne, Germany gives us a huge advantage, but I want to make use of this in key situations.

What is the practice schedule for the players like?

We work almost every day and take an average of two days off every week. I said “average” because sometimes we don’t rest a lot and may spend all seven days practicing if a major tournament is nearby.

Our training sessions usually last between two to six hours every day depending on what we are aiming for. We don’t have a fixed schedule and could spend the day analyzing maps, playstyles, or other stuff based on what we are looking for and the tournament we are preparing to compete in.

What points do you think the team still has to address in terms of gameplay?

We are aiming for really safe team play. I wouldn’t call it slow, but more like secure.

I have made it clear from the beginning that I don’t need star players. I don’t need players that carry the team or wipe teams alone. I need players that don’t fail. Every player needs to be on the same wavelength. If I have two guys playing passively, but one player is being really aggressive to get kills and is taking too much risk and dying, then the entire team is going to suffer.

So yes, I need players that understand the meta and each other to work together. Right now, we aim to put every player on this wavelength.

How do you feel about the current format of Brawl Stars esports featuring the open championship challenges, monthly qualifiers, and finals? Do you think it is viable in the long run?

I like the format because it encourages everyone to participate. We have an audience that prefers to play more than watch. With the open format, a lot more people are joining the scene and turning into fans.

But I think that to build a good esports ecosystem, you need to have a distinctive format for tier one, two, and three. I am a huge defender of the league format in this case.

I think we need a league in each region, one in North America, Europe, and so on. Brawl Stars esports has a young audience who tune into competitions to watch the players. People tune into the stream because they want to see Yde, xImSkYRiiKZz, TwistiTwik, and so on play.

For example, if a team like Qlash doesn’t qualify for the monthly final of the championship, we could see a reduction of about 20 to 30 percent in the live viewership. The audience wants to see their favorite players competing. They don’t care if they are playing at tier five or in the World Championship. The majority of the audience is like this. So we need to give these players a league where all these veteran players are going to play every week.

If we want to build a complete ecosystem for Brawl Stars esports, I think we need to have a tier-one regional league followed by the tier-two system which can be a national league, and so on. I think that Riot’s ecosystem for League of Legends is a good example of what I am saying.