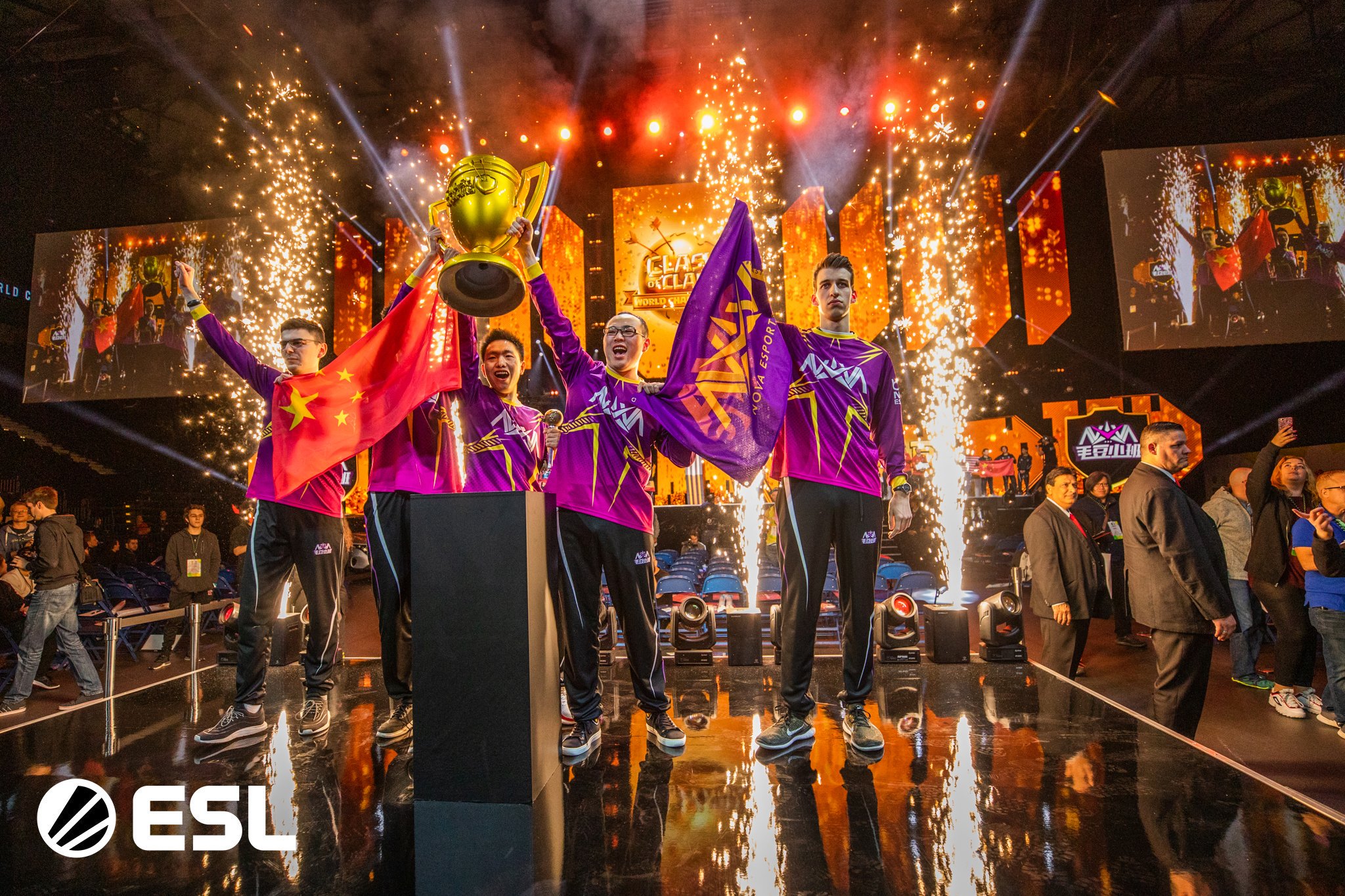 Nova Esports have been crowned the first ever Clash of Clans World Champion at ESL One Hamburg today. They took down MCES 3-1 in a nail-biting final.

Once the series went underway, it looked like the trophy could go either way. Both teams displayed why they deserved to be here at the Barclaycard Arena and traded wins back and forth. MCES took the first match against Nova and they defeated them 12-11 in stars on the back of tremendous defending.

Nova made a comeback in the second match. MCES failed to completely obliterate their defenses even once as they settled for two stars in all five of their attacks. A three star attack by Nova’s Youzi Pi into MCES’ “Eryam” sealed the match for them and took the series to a third game.

Nova kicked off the third match in a superb fashion as Youzi managed to get a three star attack into MCES’ “Synthe.” MCES didn’t deter from this performance and bounced back with Hugo Stiglitz securing 100 percent damage with just three seconds remaining on the clock. They followed this up with another three star attack by “Lenaide.” MCES’ next attack by “Tryhard” is what took the series away from their grasp. Attacking into XC, Tryhard’s balloons flew right past his town hall because of which he had to settle for just one star. Nova’s “Wei” sealed the deal for the Chinese squad in their final attack as he got 93 percent damage and two stars.

Nova Esports will walk away with $250,000 while MCES will receive $150,000. Nova Esports’ Wei was adjourned as the MVP of the tournament.