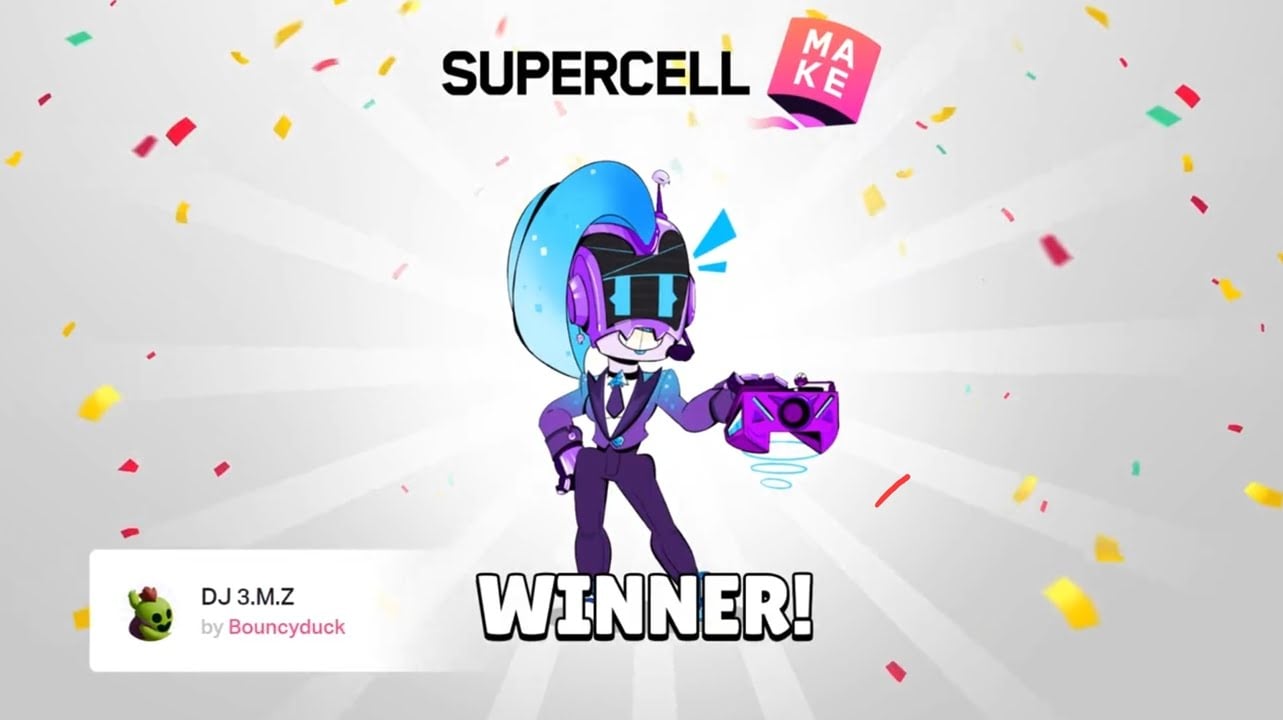 The latest Brawl Stars Supercell Make campaign, It’s Pop Starr Emz, has ended with the DJ 3.M.Z skin being adjourned as the winner through community voting. The skin will be added to Brawl Stars later this year.

Supercell Make is a community contest the Finnish developer periodically holds to add new content to the game. Players from the community can design and submit their own content. From these submissions, one is selected to add to Brawl Stars.

The latest campaign for Supercell Make made it even more accessible as submissions could be made in 2D as well to allow more artists to participate. Supercell said in a release that 3000 skins were submitted in this campaign.

The DJ 3.M.Z is designed by Bouncyduck, who will now receive $2,500 and 10 free skins to give away to friends and fans for winning the campaign. The artist had said in their submission the skin is inspired by famous DJs like Daft Punk.

The Virtual Idol Emz by Emmanomia placed second in this campaign while the GALACTIC STARR EMZ by Gonzaleonel.m finished in third place.