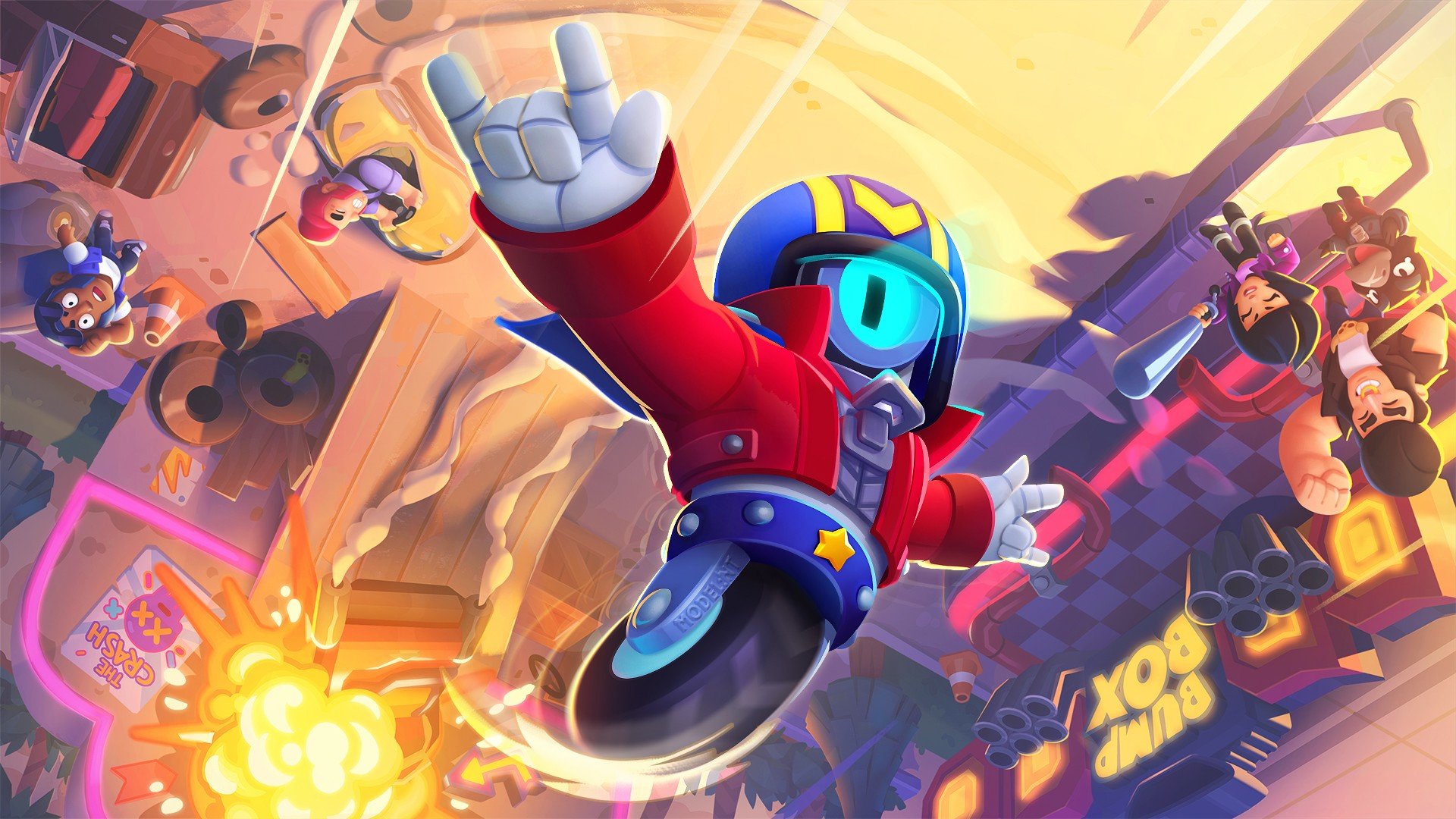 Stu joined Brawl Stars earlier today—and he’s been immensely popular on his launch day. Many people have reported that they’re entering games where only Stu is played by the six players who face off against each other.

There’s no doubt Stu will boast a high pick rate at every level and in every casual game mode in the coming weeks. But unlike many Brawlers that beginners unlock when they start the game, his gameplay can be tricky.

Stu is versatile, so it’s important to take advantage of this to play him to his full potential. Here are some tips to succeed with Stu and improve.

Here’s the description of Stu’s abilities:

He also has 3,200 HP (compared to 4,480 when he was introduced to the test servers) and a normal movement speed. While his attack is long-ranged, his super is short-ranged. Stu is an offense-focused Brawler, according to his Brawler page.

Stu already has one gadget, which makes him drop a booster that grants a super speed area around the Brawler who takes it. Lastly, his star power highly increases the range of his super and another can be selected to heal him instead. Since Stu has an assassin-like playstyle, the first super is chosen more often.

Always be prepared to use the super

Although Stu’s super can look weak on paper due to its short range, his power stems from his charge, which is quick. If Stu hits a player with both his super and his attack simultaneously, his super will be charged again, which can allow him to perform chains of dashes on the enemies.

This can be powerful if you anticipate its numerous uses. Stu, for example, can use his super to rush a Primo or a Rosa after landing poke on them to melt down some HP and then flee using the second dash to avoid their melee attacks, while hitting them with his long-ranged attacks. He’s versatile, which is why you’ll have to get used to this playstyle to make the most out of the Brawler.

A common beginner’s mistake while playing Stu is to use his super twice to slice their way through an opponent. It’s too risky to use the super for the second time to roll through the enemy because if he’s still alive even with a few HP or if a teammate has come to help, they’ll be in range to kill you and you won’t have an escape tool left. It can still be performed, however, if you also have allies coming your way or if you’re near an environmental wall that can protect you from the next attacks.

Stu deals as much damage by hitting from max range as in melee. Since his dash is short, there’s no use in trying to hit at max range, unless there’s an urgent threat to avoid. Stu doesn’t profit from hitting at long range.

If you want to be deadly by playing Stu, you’ll have to find the middle ground between staying at arm’s length without getting too close to the enemies. This can also depend on the game mode because some that require siege positioning, like Hot Zone, will force a more defensive playstyle.

Overall, you’ll have to adapt well to play Stu to his full potential because his gameplay is less straightforward than many Brawlers, like Colt or Frank. For this reason, he won’t be a good choice for beginners. But that shouldn’t be an issue since players have to reach 10,000 trophies to unlock him.

If you want to get more ranks on Stu quickly by earning more trophies, the Brawl Ball game mode is the way to go. Stu can take the ball and use his super to rush through the field and get closer to the goal. If no major counters are on the opposite team, it’ll be hard for the enemies to keep up with his mobility.

Stu will have a hard time winning trades against some Brawlers. The riskiest to face off against are mobile Brawlers with long-ranged attacks, such as Crow and Leon. Lou, too, can be dangerous because his slow can prevent Stu from getting close enough to use his super.

Snipers in general can be a threat to Stu. But if their attacks are predictable and they don’t have a super they can use well at melee range, which is the case for Colt and Jessie, for example, he should be able to deal with them.

As time goes by, more and more players will figure out how to counter Stu by anticipating his super. Those counters will likely become a nuisance for Stu, even if you feel you can take them down easily right now.