Blizzard’s Diablo Immortals has a strong emphasis on social gameplay. The game heavily encourages players to group up and find players to clear dungeons together, creates a sense of community, and sometimes even locks content behind a group wall to clear it. Whether it is through open-world interactions, Battlegrounds, or Helliquary Raids, Diablo Immortals gives players many opportunities to interact with one another.

Diablo Immortals is meant to be a social game. Blizzard has a clan system for a large number of players—up to 100—to join, find parties, and interact with others. While that is great for a broad MMO experience, Blizzard created a second system more catered toward dedicated daily players. Here, we’ll cover what Warbands are and how to create or join them.

Warbands are in essence mini-clans. These smaller groups of up to eight players are meant to be more semi-permanent. While players are free to join and leave as they please, the mechanics behind the system make it so players are incentivized to stay. Some content, Helliquary Raids in particular, are seemingly catered toward Warbands specifically due to the maximum group size of eight.

As a Warband, players can tackle dungeons together and potentially receive special loot from a Warband Chest. The rewards players get from these chests can be shared among the Warband. This group stash of special Warband loot can be accessed by any member of the Warband. But only one player can use the item at a time. These are meant to be good perk items to give players a boost in combat.

How to join or create a Warband

Those intrigued by the concept of Warbands can find the Warband tab located in the menu in the top right of the screen. 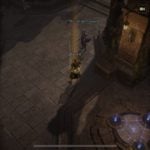 From here, players will be directed to the Warband interface, where they can browse current Warbands on their world. Selecting a particular Warband will give players the option to apply, which will send a notification to the Warband leader.

Additionally, players can create their own Warband by selecting the “Create Warband” button. This will send players to a new interface where they will name their Warband and provide a brief description. On top of that, Warband leaders will select certain attributes that best fit the Warband.

In particular, there’s times of day that people play or intend to play. This is helpful because players will want to play with others who are in or close to the same time zone as them or are on relatively the same schedule. The whole idea behind Warbands is for players to consistently group up and clear raids and rifts together. 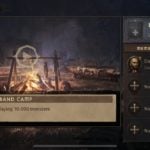 Once the Warband is created, players will be taken to their Warband interface. Here, there are Warband challenges posted, as well as a public chat for announcements and a private chat intended for players to receive direct messages from other members in the Warband.