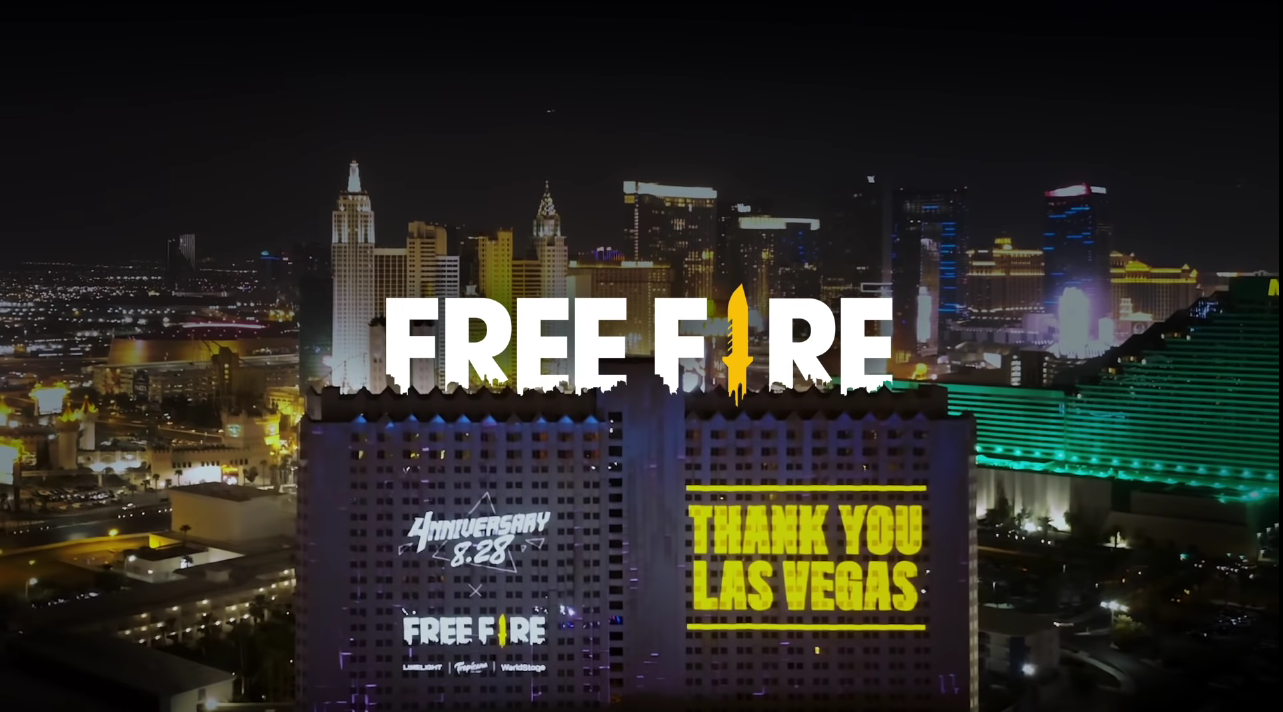 Free Fire is now in the Guinness World Records.

On Aug. 19, 2021, Free Fire set a world record for the largest projected video game display at an event in Las Vegas. Over 1.6 million lumens were used to light the side of a building for the record. The screen, which showed Free Fire being played, was 46,744.65 square feet.

This record has been officially recognized by the Guinness World Records. While Garena has released a trailer for the event, the complete video will be arriving “soon.”

The event was hosted as a part of the game’s fourth anniversary. Free Fire was released on Aug. 23, 2017, and is undergoing a lot of in-game and real-life celebratory events to mark the occasion.

To celebrate the game turning four years old, Garena has been giving a lot of free items to the players. The peak day for the event, however, is Aug. 28 when players will be able to get a new character by just logging in. Thiva, who is inspired by DJ duo Dimitri Vegas and Mike Thivaios, will be given to everyone for free. Players will also cube fragments and other rewards through the CS Cup Challenge on this day.