The tournament will be held between August and September. 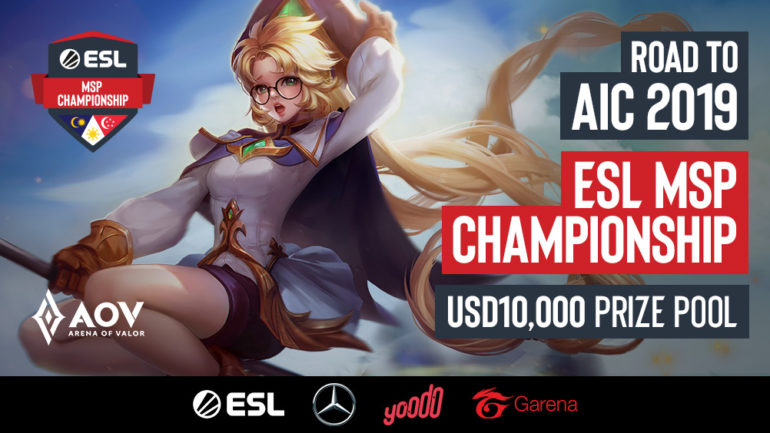 ESL has announced the $10,000 MSP Championship for Arena of Valor, which is supported by Garena and sponsored by Mercedes-Benz and Yoodoo. The tournament will feature eight teams from Malaysia, Singapore, and the Philippines, with the winner getting the chance to be the MSP representation at the Arena of Valor International Championship (AIC) 2019 later this year.

Out of the eight teams, two have received direct invitations to the mobile esports tournament while the remaining six will have to qualify through three open qualifiers. The top two teams from each of these qualifiers will be selected to participate in the championship. The three playoffs will be conducted online on Aug. 13, Aug. 17, and Aug. 20 and sign-ups for the same are currently open.

The two invited teams include the finalists of last season’s Valor Cup, M8HEXA from Malaysia, and Liyab Esports from the Philippines.

A new format has been introduced for the ESL MSP Championship. The teams will be divided into two groups of four teams each with the top two teams from each group advancing to the playoffs. The playoffs will be best-of-five double elimination while the finals will be best-of-seven.

The group stage matches will be played between Aug. 28 and Sept. 22 every Wednesday and Sunday. The playoffs will be held on Sept. 21 and 22.