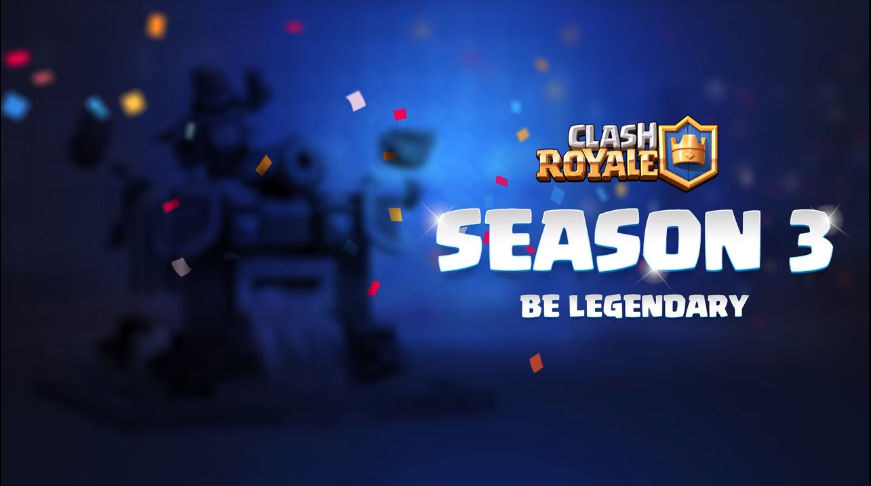 Clash Royale’s third season will drop on Sept. 2 and is bringing the legendary arena back. The theme of the season is “be legendary” and this will give players the chance to get legendary cards and emotes. A new tower skin, as well as many balance changes, will also be dropping with the update.

Unlike the past two seasons, this season will not be getting a new arena since the Legendary Arena will be brought back to the game. All matches above 4000 trophies will take place in this arena.

Fans will be getting a new tower skin with the update, however. The Fortress, which has floating rocks and a waterfall, can be unlocked through the pass royale.

Just like any season, the new pass royale will be giving players the chance to earn a lot of exciting rewards. Unlike last season, where players had to reach tier 30 to receive the tower skin, this time the tower skin will be available at just tier 10. At tier 20, there is an exclusive princess emote while legendary chests will be back at tier 35.

Going with the vibe “be legendary,” this season’s special challenges will grant players the chance to unlock legendary cards. Players have also been told to look out for legendary emotes in the season three reveal video posted by Clash Royale on YouTube.

As expected, we are seeing a lot of balance changes this season. The biggest change is to the Executioner who is getting a complete rework. His damage has been almost doubled while his hit points, hit speed, and range have been reduced. With the decrease in range, the time taken for his ax to return will be reduced, which will make his fire rate faster.

While the Executioner changes have been called a rework, many players argue that is actually just a buff. Seeing the changes, it most certainly does look like a major buff. Seth Allison, one of Supercell’s game designers, gave more insight to this rework and the Fisherman card in a Twitter thread.

Seth revealed that Supercell has decided to not make the new cards too strong as this will make players devote a lot of time and resources into getting and upgrading the card, only to see it getting nerfed later. This is why the Fisherman card may not resonate well with the meta at the moment. He also said that the Executioner rework “may raise a few eyebrows” but added that they want the reworks to be impactful to the meta, even if it means nerfing the card at a later date.

The other balance changes include a buff to the area damage of Royal Ghost while the Dark Prince is getting his area damage reduced. P.E.K.K.A’s range and the Goblin Brawler’s (present in the Goblin Cage) speed are getting nerfs.