She will be released with Season 7. 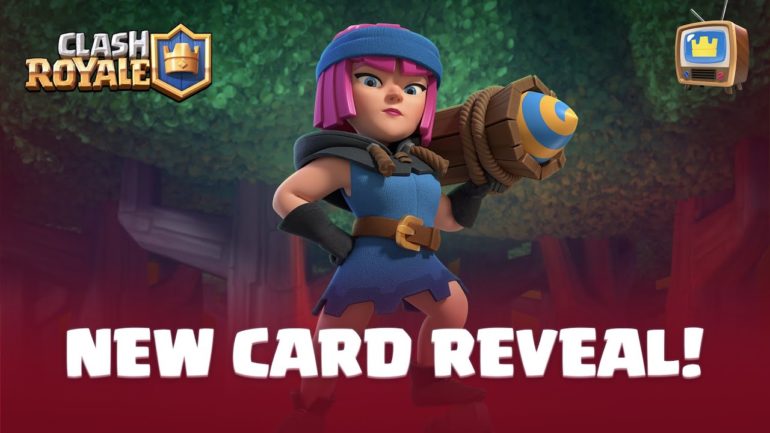 A new card coming to Clash Royale with Season 7 was unveiled in the latest episode of TV Royale.

Firecracker costs three elixirs and is a common card. She shoots fireworks which, upon hitting a target, deals damage and also explodes. The explosion releases shrapnel in a cone-shape behind the initial target area, dealing damage to other enemy troops.

This mechanic was inspired by Penny from Supercell’s other game, Brawl Stars. Penny’s shots also explode upon hitting an enemy and deal damage to other brawlers present behind the target.

The addition of this mechanic will add an interesting twist to the card-based strategy game. Until now, no card effectively allowed players to target enemy troops shielded behind a tankier card. Firecracker will also be needed to be played carefully as opponents can direct her shots to the king tower—thus activating it.

The recoil from shooting a firework is so much that every shot knocks Firecracker back two tiles. The shrapnel from her shots affects enemy troops or structures behind towers as well, enabling her to have a really large range. She is a comparatively weak troop and can be taken out by Arrows, however.

The new card will be released with the seventh season of the game on Dec. 7. At the same time, a new challenge will open which will allow players to unlock the card before she is fully released.

In addition to the new card, the episode of TV Royale also revealed that Season 7 of Clash Royale will celebrate the Lunar new year with the Lunar Festival. A new arena will also be dropping into the game.