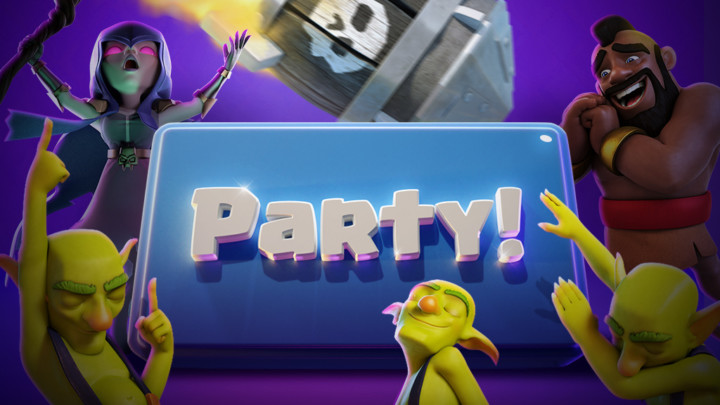 Clash Royale’s September update dropped earlier today, and despite some teasing about the death two-vs-two, it has been revealed that the casual mode isn’t going anywhere.

The mode’s button has just been replaced by the party button. Hitting the party button gives players the chance to play a variety of rotating modes, which change every 48 hours. The mode is a permanent mode under the party button, however. Matchmaking in the party button modes is based on the king as well as card levels to ensure an even playing field.

What’s more, is that playing party button game modes gives rewards from now as well. Players can earn crowns, victory gold, as well as chests from the modes without losing any trophies.

A new game mode has also dropped with the update. The triple draft mode allows players to choose all eight of their cards from three options, while also seeing what cards their opponent is choosing from. This mode is only playable in Friendly battles.

Other changes include the introduction of tiebreakers. Draws are now no longer possible in all modes except the one-vs-one ladder as the player with the lowest single Tower hitpoints will lose the match. The countdown timer and text at the end of a match are now translucent to give players a clear view of what’s happening in the arena. Also, if a clan leader is now inactive for 35 days, the leader role will be assigned to the co-leader. If there is no co-leader, the longest-serving elder of the clan will receive the leader role.

After a bland season three update, which just brought a new tower skin, the season four update is set to be huge as a new card and arena will be coming. The Halloween themed season, called Shocktober, will drop on Oct. 7.