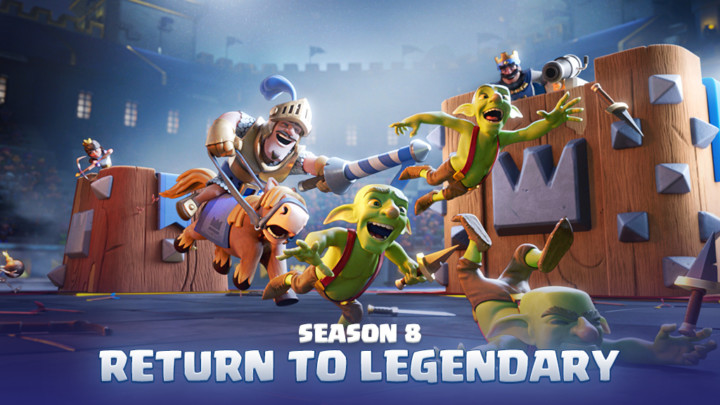 As in the previous season, players will be able to unlock 35 tiers of rewards, which are doubled when the Pass Royale is purchased.

The supplementary rewards include the exclusive Log-endary tower skin and the Crying Royal Ghost emote. More information about the Pass Royale can be found here.

The battles of players above 4,000 trophies will take place in a legendary arena specific to season eight. The featured card for the season is the Ram Rider, which got boosted to your King’s level.

The last update, which will be live tomorrow, also brought balance changes to four cards:

The available Special Challenge in Clash Royale is the Ram Rider 2v2 rush. It will end in three days and will be replaced by the Lumberjack Rush, which will award the Glorious Log emote.