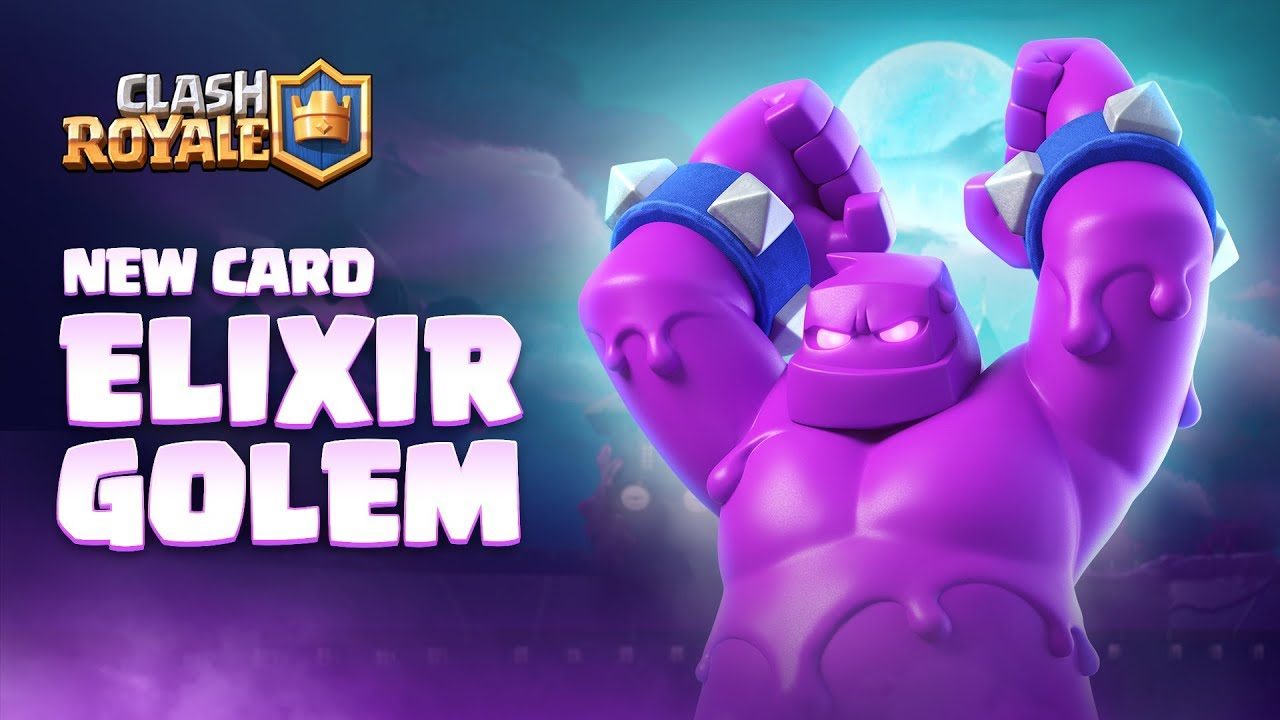 Clash Royale’s fourth season is a big one with a new card, arena, tower skin, balance changes, and more. The Halloween-themed season is called Shocktober and will drop on Oct. 7.

The new arena is called the Shocktober Arena and features a dark and scary vibe. Elixir Golem is the newest card coming to the game. The card costs three elixirs and also brings a unique mechanic to the game.

While the rare card may seem like a normal Golem which splits into two Golemites upon being defeated, what happens next is what sets it apart from the Golem card (other than the fact that it is completely purple in color). These Golemites each leave behind two elixir blobs on being defeated. These blobs can be destroyed by the opponent which will grant them one elixir per blob. It’s thus important to use this card wisely as you don’t want to give your opponent those four extra elixirs, which can completely turn the tide of the match.

Just like every season, the pass royale will feature new rewards. At tier 10, players will unlock the jack-o’-lantern pumpkin skin. Once they’ve hit tier 20, an emote of Poco from Supercell’s other title, Brawl Stars will be unlocked. In addition, a lot of extra Shocktober emotes such as the Frankenstein Goblin will be coming with the next update. The other pass royale rewards which include chests, gold and more will be the same as the previous season.

Also being introduced to the game for the first time are Crown Quests and Bonus Banks. The Crown Quests will feature some tasks to complete which will make it easier to advance tiers in the pass royale. For players who are able to complete all 35 tiers of the pass royale, the Bonus Bank will be very handy for them. Every 10 crowns earned will grant 250 gold to the Bonus bank. This gold will accumulate throughout the season and can be claimed when the season ends. Two new party modes called the Ghost Parade and Grave Bank are coming with the new season as well.

The Witch is receiving a complete rework with the Shocktober update. She will now be spawning four skeletons at a time but won’t spawn any when she is defeated. Her attacks have also been changed as their splash has been decreased while the damage has been increased.

Lastly, the Night Witch is receiving a buff. She will now spawn four bats instead of two. The Fisherman, on the other hand, is receiving a nerf and his health and damage have been decreased. Wall Breakers will now cost just two elixirs but will do reduced damage. The knockback from the Snowball has been reduced while the Hunter is getting a small damage increase.