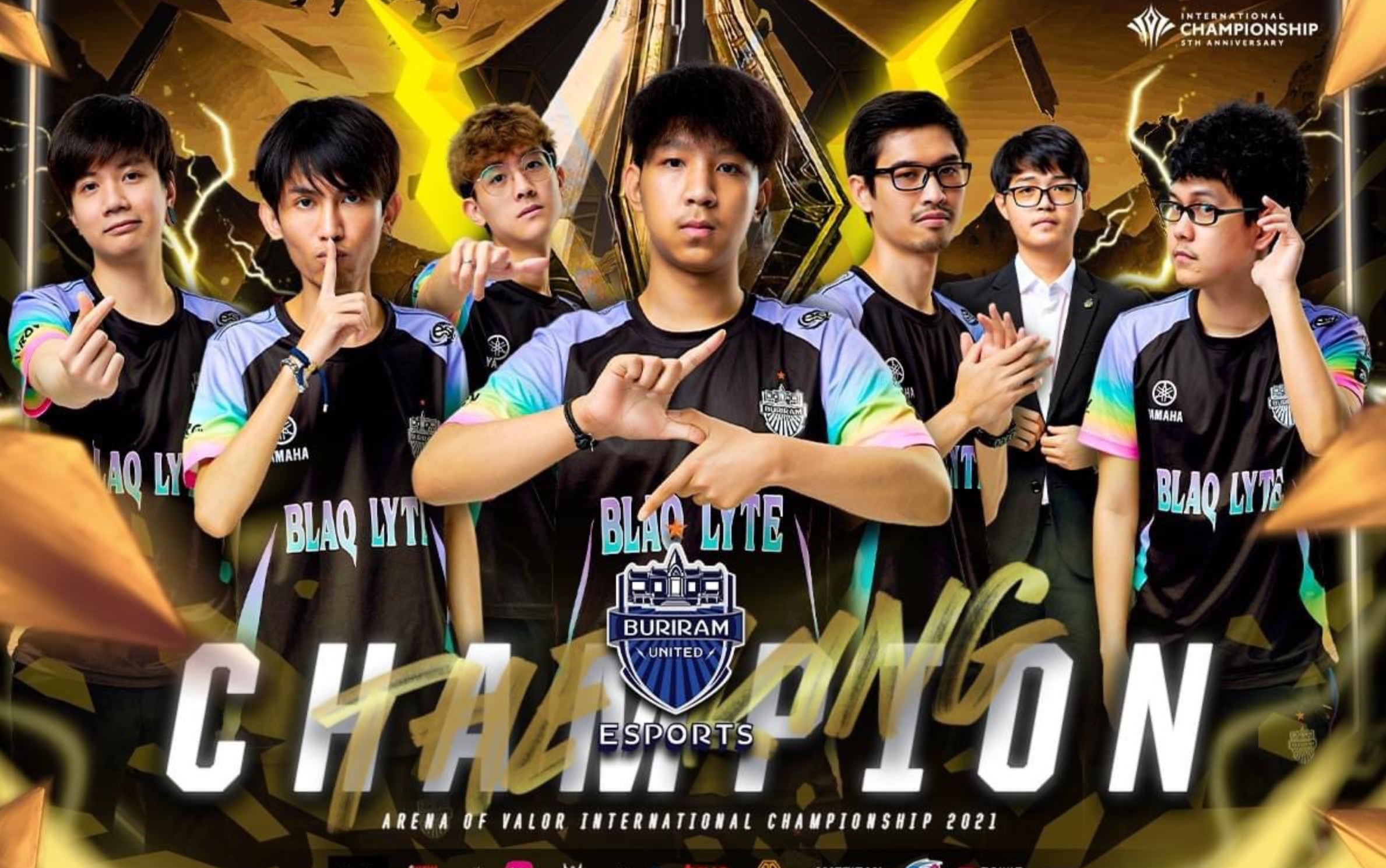 Buriram United Esports was crowned the Arena of Valor 2021 World Champions after triumphing over V Gaming 4-3 in an intense grand final.

Coming into the grand finals, the odds were in V Gaming’s favor. The Vietnamese team finished first in the group stage and cruised through the upper bracket to reach the finals. They had also managed to take down Buriram once already in the group stage.

It was evident from the early minutes of the first game, however, that Buriram were going to put up a tough fight. The first match lasted over 16 minutes, with Buriram coming out on top. V Gaming made a swift comeback, though, to win the next three games in the best-of-seven series and put them at series point.

Fans expected this to be the end of the road for Buriram. But just like the whole tournament, they had another surprise in store, going on to win the remaining matches and take home the trophy.

Buriram didn’t have the easiest path in the AIC 2021. After coming in third in their group, they went up against Saigon Phantom in the knockout stage. Despite winning the first two games of the series, Saigon managed a reverse sweep and sent Buriram to the lower bracket. Buriram persevered through teams like Valencia CF Esports, One Team, Talon Esports, and Hong Kong Attitude to make it to the finals.

Tencent also revealed more details about the Arena of Valor esports ecosystem for 2022 today. The MOBA’s format is getting much bigger as the company focuses on expanding globally. The AIC is being shifted from late November to June, while the AoV World Cup (AWC) will happen in October.