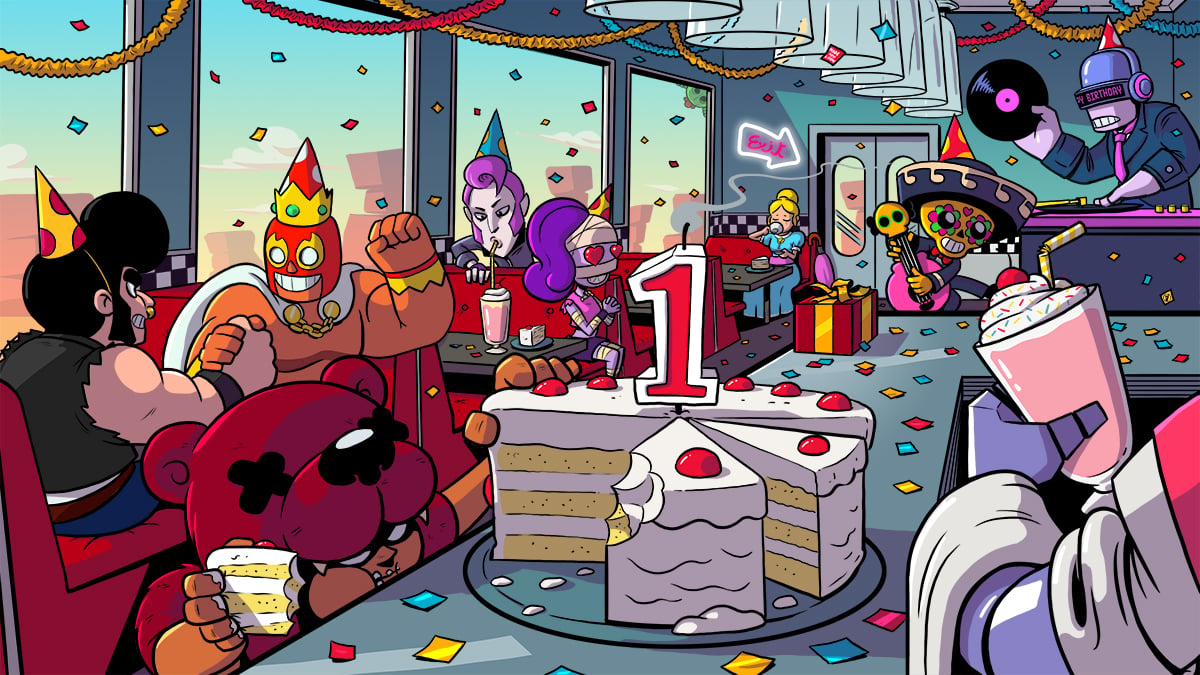 Brawl Stars will offer daily gifts in the in-game shop from Dec. 12 to 24, Supercell announced today.

Players simply need to log in every day and enter the shop to open a free loot box. It’ll contain a random number of coins, gems, a brawler that has a chance to be legendary, and other stuff.

You also can still collect the Bartaba reward skin in the shop for linking your account to your Supercell ID, which is designed to make it easier to transfer accounts in case of a device change.

These new rewards are meant to celebrate the one-year anniversary of Brawl Stars, which was released on Dec. 12, 2018. The Supercell game was a great success at launch, earning over $63 million within the first month. At the beginning of 2019, it reached roughly 10 million players.

Yesterday, Supercell launched a new video series called Behind Brawl Stars where the developers give insight into their work and answer questions from the fans.