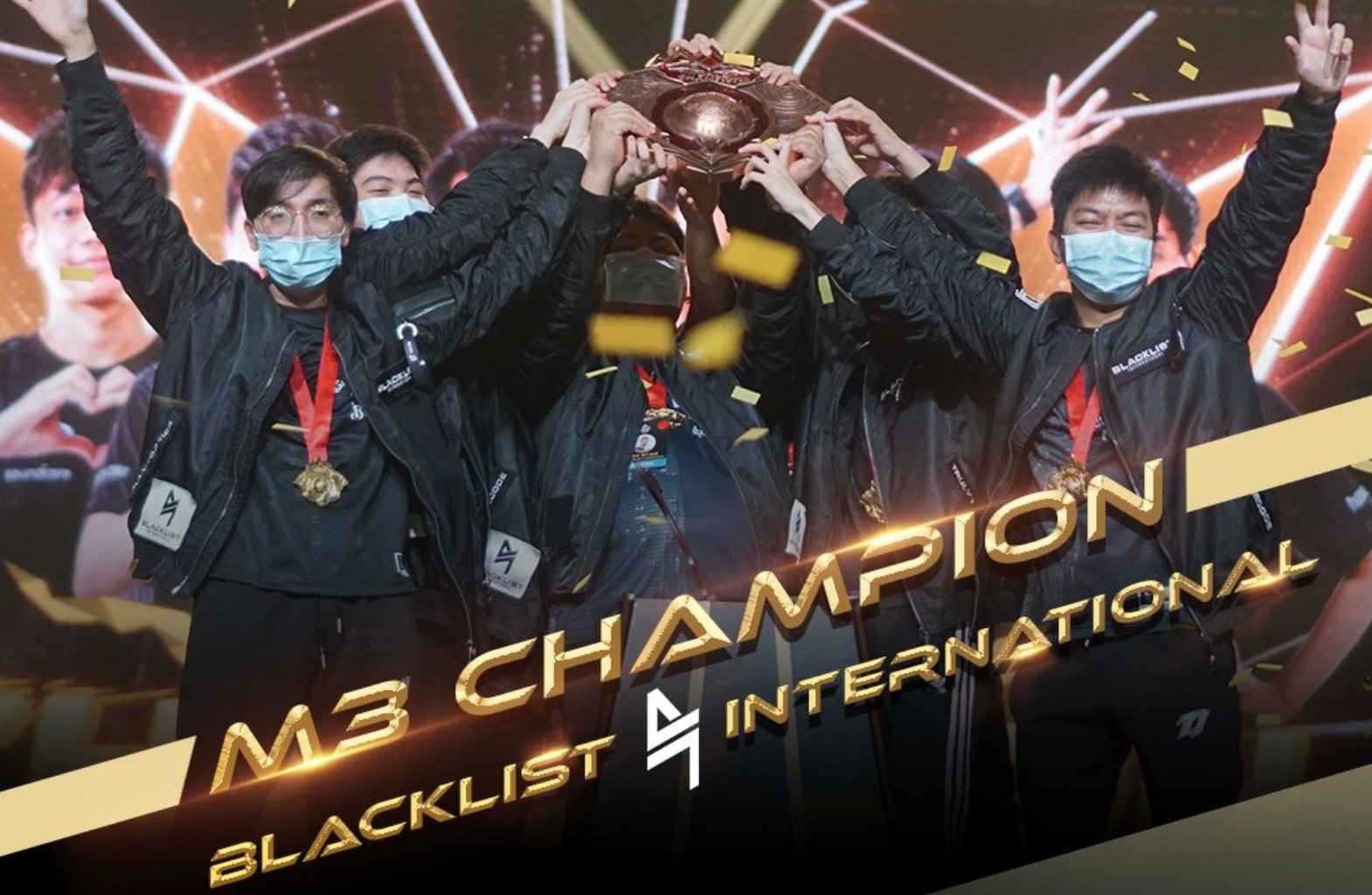 Coming into the all-Filipino grand finals, Onic looked to have an edge since the team hadn’t dropped a single game in the playoffs. They couldn’t replicate that performance against Blacklist, though. Just like the MPL Philippines finals earlier this year, Blacklist dominated and won back-to-back games to seal the series 4-0.

Blacklist International had a tremendous year, winning both seasons of the MPL Philippines, but couldn’t seal their dominance on the international stage. They finished second in the SEA Cup (MSC) as well as the MPL Invitational last month. Coming into the M3, they were one of the favorites to take home the trophy, and they did just that.

Their road in the M3 wasn’t the easiest, though. After finishing 3-0 in the group stage, they advanced to the upper bracket of the playoffs against North American underdogs BTK. While fans expected this to be an easy victory for Blacklist, they lost the intense series 3-2. Despite falling to the lower bracket, they didn’t falter and took down Keyd Stars, RRQ, and EVOS SG to set up a lower bracket finals bout with BTK again.

This time, Blacklist showed why they are a force to be reckoned with and won 3-1.