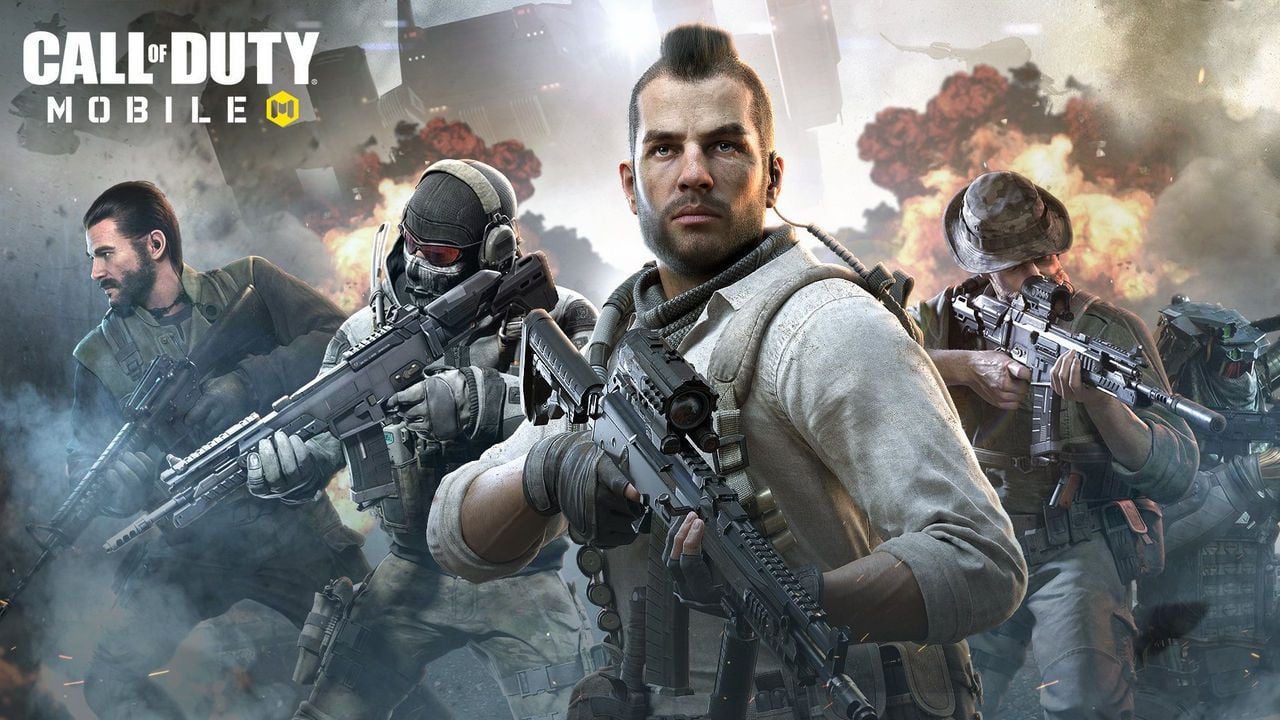 Call of Duty: Mobile was released in 2019 and has been widely known as one of the most popular games to ever exist on mobile platforms.

With its graphics and gameplay for both the multiplayer and battle-royale game modes, the renowned Call of Duty franchise can be appreciated by a wider audience by becoming available as free-to-play for mobile gamers. One of the innovations CoD: Mobile is known for is its introduction of Operator Skills.

Operator Skills are special weapons or equipment that can be used by players for a limited amount of time. An Operator Skill can be unlocked as a player progresses through a match, and this can be seen in a far that goes up to 100 percent placed in the upper right part of the screen.

So far, there are 19 Operator Skills available in the game. Some of these are offensive weapons, while some are equipment that can provide an advantage on either the offensive or defensive end. Here are all the Operator Skills in CoD: Mobile, ranked, based on efficiency, consistency, and overall impact in matches.

All Operator Skills in Call of Duty: Mobile, ranked

The Gravity Vortex Gun is a heavy Operator Skill that could be classified as a semi-automatic weapon. Using it will allow the player to fire a vortex projectile that can distort gravity. And once the vortex is removed, damage caused by the explosion can hit the nearby enemies. Its main downside, however, is its slow charging time, as well as dragging its user to a sprint speed of 4.65m per second.

An Operator Skill best used by a support player, the Munitions Box provides five to 10 pieces of ammo, as well as grenades, which can be used by anyone on the team. The game’s description for this weapon mentions “shoot at your own risk,” meaning that the firepower would be provided, but using it efficiently depends on the player.

The Annihilator’s description in the game already says it all. It is a weapon described as a “high material penetration ammo at the cost of accuracy.” Its shots may be deadly, but the aiming would be the problem. But those who can manage to aim efficiently while moving could prove that it is a viable Operator Skill since using it in the short range is the best option for it.

The Kinetic Armor can reactively deflect enemy bullets away from the body of your character. Also, an additional 150 HP can be gained by using this, though the character won’t be immune from shots in the head and lower body, as well as attacks from melee weapons, or explosives. The Kinetic Armor will also be disabled after receiving a hefty amount of damage.

Those who are keen on aiming powerful shots can take advantage of the Sparrow. This Operator Skill allows its user to fire at any distance, though it is best used in a short range to fully maximize its damage output. The Sparrow’s time of usage lasts 30 seconds per full charge, so place yourself in a good spot to deal a good amount of damage to the enemies.

Tempest is a gun that can fire a bolt of lightning after holding the fire button for a couple of seconds. It can hit up to nine enemies in one single blow, though using it in short-range combat could be a disadvantage since you need ample time to hold and fire into your target. Using it long range would be the better option, but it may be challenging to aim at a longer distance.

If you want to blast off enemies in an instant, you can use the Operator Skill Gravity Spikes. These two pieces of weaponry allow players to jump forward within a span of eight meters, wherein an explosion could take place which is also estimated to reach up to eight meters as well. The downsides for these, however, include its long charging time of four minutes, and the disadvantage of not killing anyone who jumps when you land it on the ground.

If you opt to use an Operator Skill that allows you to utilize a grenade launcher, then War Machine is for you. CoD: Mobile describes its payload as “devastating,” since it can instantly kill enemies along the way. But since its bullets are technically grenades, those who would use a Blast Vest could be protected from the explosions the War Machine can create. Still, this is one solid weapon that is dangerous when used correctly.

TAK stands for Triage Activation Kit, and the TAK-5 can be best used by support players. It can heal and grant your whole team up to 70 HP. Just use it at the correct timing since you will be prone to attacks while you opt to activate this Operator Skill.

If you want to use a one-shot, one-kill type of Operator Skill, then you can take advantage of the Shadow Blade. This sword can quickly kill enemies in short range, turning your view into a third-person perspective to see who can be killed in an instant. While using the Shadow Blade, you can also detect your enemies even if they use smoke to cover up.

Close-range fighters may take advantage of the Equalizer. These are two small machine guns that can fire 31 rounds per second and may reach almost 2,000 rounds per minute at a close distance of around 15 to 20 meters. Those who would opt to rush quickly are the best candidates to use the Equalizer.

The Ballistic Shield is a straight, vertical shield with a built-in machine pistol. This is best used by players who attack in close-range combat, especially those who are comfortable moving at a fast pace. You can also use it to smash enemies, dealing a decent amount of damage aside from its pistol.

Known as the Operator Skill that charges at an immensely fast speed, the Transform Shield is mainly used as a defensive weapon, but can also deal damage. Its expandable shield can deal damage continuously through microwave radiation which can hit the opponents’ HP and slow them down. Just be careful with explosive weapons such as grenades since these can quickly destroy the shield.

Its name says it all. The Death Machine is a deadly Operator Skill in CoD: Mobile that can fire barrages of large bullets that increases its accuracy over time. Your movement, however, might be affected since this is a massive piece of firearm. Still, its range is outstanding, since you can potentially hit and kill enemies at almost any distance.

H.I.VE can be best used by players who are keen on using snipers and camping in certain hidden areas in the field. This can place mines which can be used if an opponent rushes into the area where you set it up. A swarm of nano drones will then kill the opponents when the H.I.V.E is triggered. Keep in mind that when you die, the mines will be removed, even if these are still not used.

If you want explosiveness in your match, then the Operator Skill known as the Reactor Core might just be for you. This piece of weapon can turn games upside down, especially with its ability to deal massive damage in a certain area of effect through thermal radiation. Your character view also turns into a third-person perspective when you use it.

The Bull Charge can be used as an offensive and defensive weapon at the same time. It can damage your enemies when you charge forward while holding it, as well as protect your character’s upper body from shots. Also, it is one of the fastest Operator Skills in terms of mobility, wherein you can bring it in fast-paced gameplay as you enter the field and engage with enemies.

The first Operator Skill introduced in CoD: Mobile, the Purifier can blast fire within a range of 12 meters. This can be deadly, and one hit from the fire can already dismantle an opponent’s HP. Players who are fond of engaging closely with enemies can utilize the Purifier, especially those who can jump and move quickly to directly assault an opponent. Just remember to use it correctly because once you got hit with the fire that you blew, you could also die because of it.

The best and most powerful Operator Skill so far in CoD: Mobile is the K9 unit. This wild dog can kill an opponent with just one bite. Filling up the K9 unit’s gauge is also fast compared to other Operator Skills. A downside, however, is that the dog can also be killed by an opponent easily. But in terms of consistency, the K9 unit is one of the most reliable Operator Skills in the game and can be regarded as the best option.