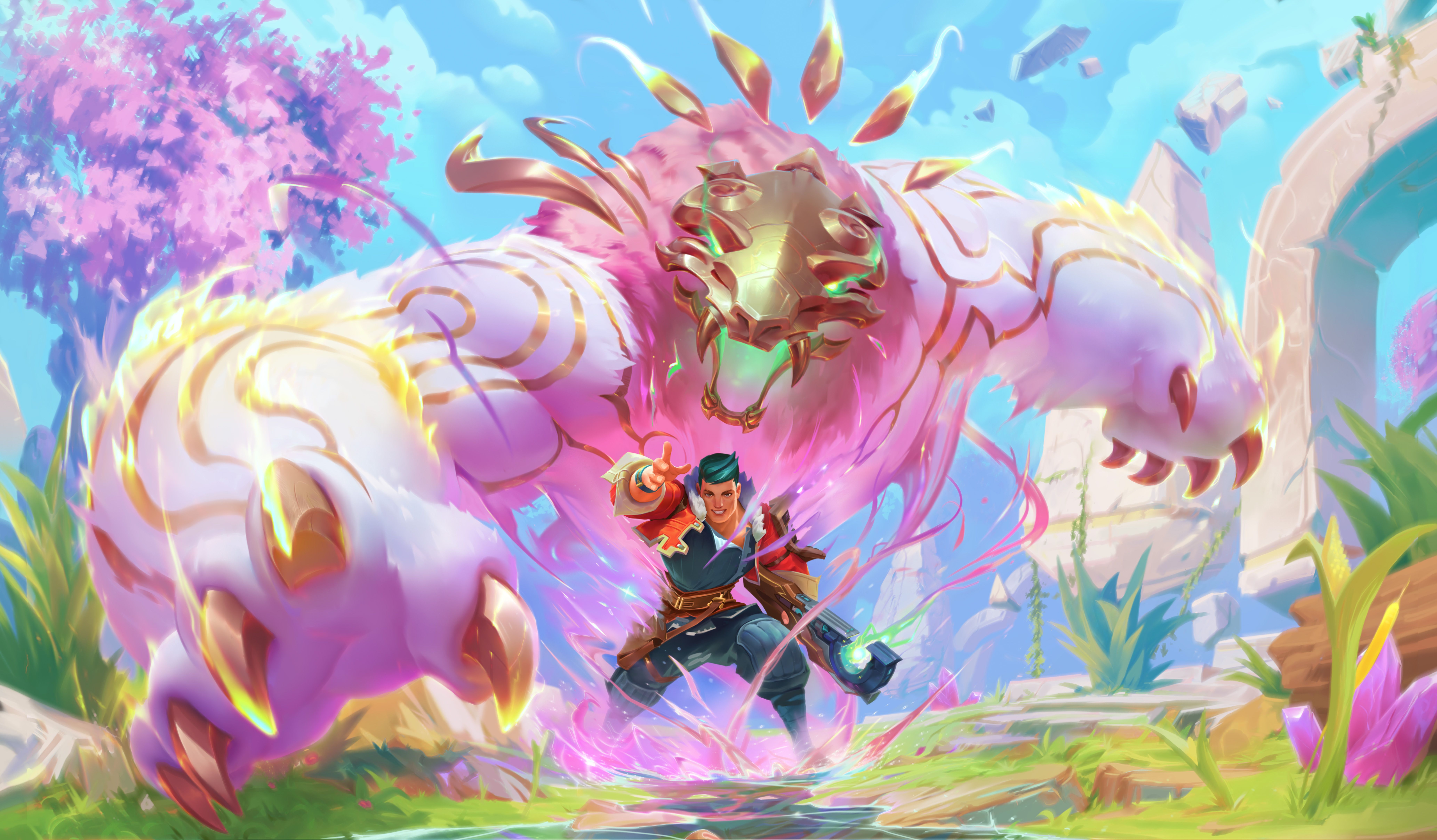 The developers of Vainglory, Super Evil Megacorp, have announced a new team-based battleground shooter called Catalyst Black—and it’s set to release on May 25.

The game will have several different modes that’ll support 12-vs-12 and 5-vs-5 matches. These modes are called Hydra (a PvEvP mode), Slayer (similar to team deathmatch), and Eventide (players have to control an ancient fortress to achieve victory). Players have to create a loadout from a combination of more than 30 guns, 12 abilities, 15 trinkets, and six primals before going into a game.

As we get closer to the release date, you might be wondering what characters you’ll be able to play in the game. Well, we’ve got you covered. These five characters all have specific moves and their own personalities.

Sunder is a Primal. You can transform into it if you wear the assigned mask. He has three primary powers including Leap Slam, Breath of Rage, and Primal Roar.

When Sunder uses Leap Slam, he jumps into the air and makes damage when he slams down on the ground. Breath of Rage makes him channel his primal fury and release a beam of rage in front of him. Primal Roar makes him grow in size, speed, and power. His attack is called Slash and makes him use powerful claws to his advantage against his opponent.

Issia is one of the first Primals who has been confirmed in Catalyst Black. She’s an ice-based god. Her three powers are Deep Freeze, Polar Vortex, and Wing Sweep.

Deep Freeze makes Issia harden herself so she’s unbreakable and inflicts cold damage to everything and everyone around her. Polar Vortex is a snowstorm that deals periodic damage, and Wing Sweep makes her hit with her wings, issuing a powerful gust of wind that knocks back anything in front of her.

Nock just got out of a children’s story but still packs a punch. Her attack is Zoom! where she uses a dash that attacks enemies. She has three powers called Faster!, Poof!, and Watch This!

Faster! is a two-actions power, increasing movement speed and setting enemies on fire. Poof!, teleports Nock to a set location which in return wounds enemies while in transportation. Watch This! is another ability that has an explosion when hitting a rival in the area.

Torden is a Primal with a sense of pride. The protector has an attack called Smash, damaging enemies with his hammer.

Thunderbolt is the first Torden’s power. It causes a bolt to illuminate a certain area damaging everyone in its path. Reckoning, his second power, allows him to teleport to his hammer followed by a powerful hammer smash. His last power, Guardian, makes him shield his allies in a particular area.

Jainx is the last Primal introduced to Catalyst Black. His primary attack, Violent Pierce, makes him thrust his spear forward, dealing damage to all enemies on its way.

His first power, Savage Charge, has him charging forward, damaging any enemy he collides with. Corral makes Jainx targets an area, pulling all enemies in the center of it, and damaging them in the collision. Last but not least, his relic Spite heals himself when he inflicts damage.

Catalyst Black is set to launch on May 25.