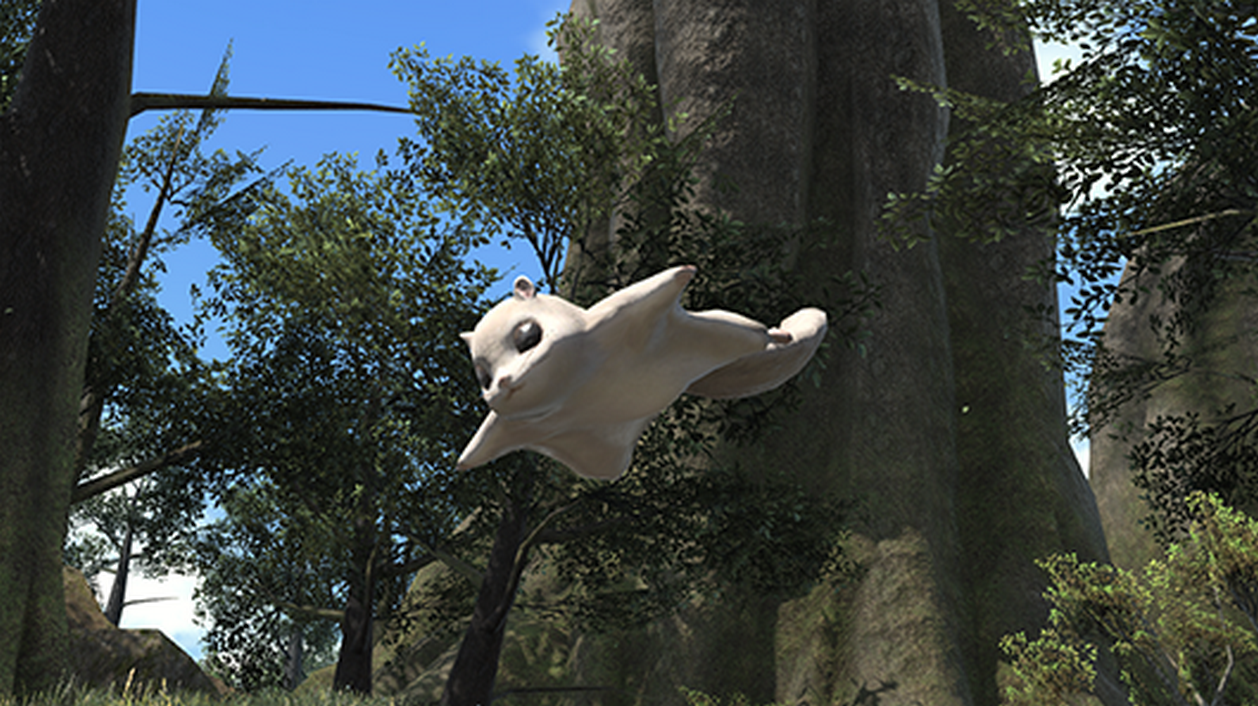 A lot of new content was introduced in Final Fantasy XIV’s Endwalker alongside 6.2, “Buried Memory.” While some players will enjoy new quests on the various narrative arcs of the game, the collectible enthusiasts can add several items to their checklists, such as mounts, a barding, orchestrion rolls, and minions.

The Pterosquirrel is one of the new minions introduced to the game. This unexpected mix of two species can fly by deploying its paws, offering a unique kind of companion in the game. You’ll also be able to release the minion to make it wander freely in your new Island Sanctuary, introduced with Patch 6.2.

It’s among the new rewards for playing Unreal trials, while others were added to the Wondrous Tales. It can take you some weeks before being able to get this minion, so better begin as early as possible.

Here is how to get the Pterosquirrel minion on FFXIV.

How to get the Pterosquirrel minion in FFXIV

The Pterosquirrel minion isn’t available on the game’s market board. It can only be traded using Faux Leaves in Idyllshire. It costs 400 Faux Leaves in total.

These are rewards for playing Unreal trials in the game. Since the introduction of Patch 6.2, the new Unreal trial is Containment Bay S1T7. These duties aren’t easy to complete: players should read through guides to learn about its mechanics to be able to clear it.

Once it’s done, they can get access to the Faux Hollows mini-game once per week (which resets every Tuesday at 3am CT), which will give from five to 100 Faux Leaves depending on the player’s success. As such, it can take a few weeks up to several months to get the minion. If you have yet to unlock Faux Hollows and Unreal trials, here are the steps to follow:

In addition to the Faux Hollows and Unreal trials, you can complete a Wondrous Tale journal every two weeks by speaking to Khloe and earn unique rewards by trading the certificates earned by completing the journal. They also include mounts, minions, and much more.