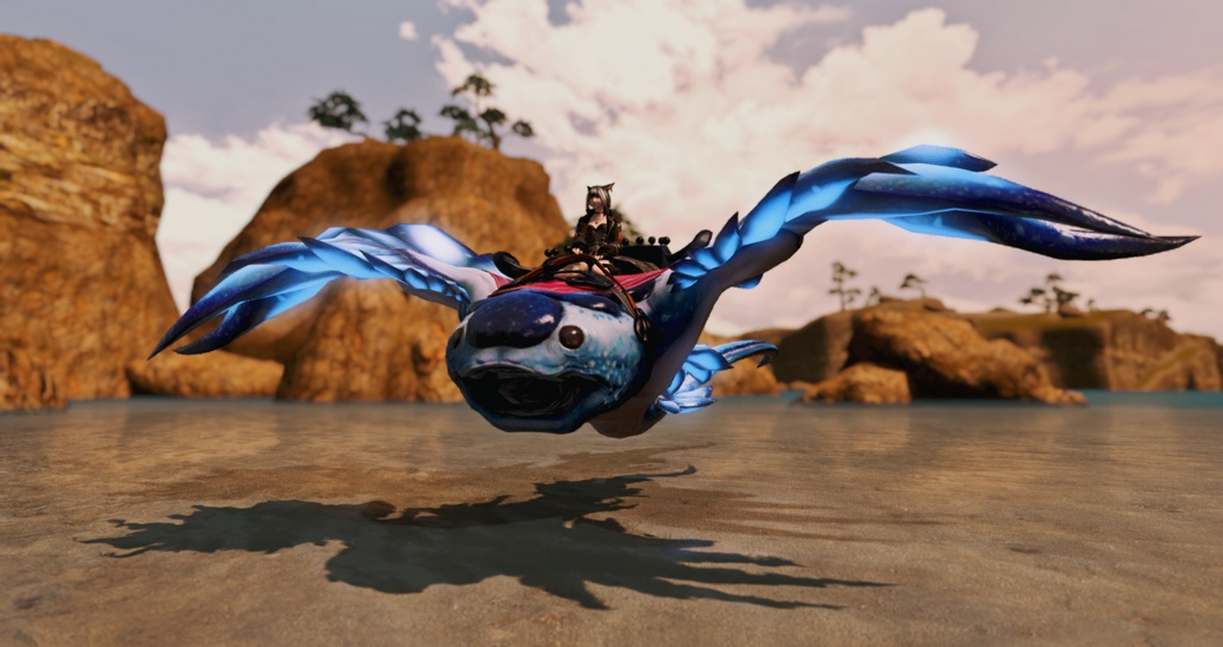 There aren’t many mounts Final Fantasy XIV players can buy in the game’s market, but the Eurekan Petrel is one of them. While most of the mounts are tied to achievements or can be purchased directly for real money in the Mog Station, this one can be earned in the game but also traded—at a cost.

The Eurekan Petrel is a mount that mixes water and space aesthetics, giving it a fantasy vibe. It features blue scales and glowy wings, with a highly detailed texture. It also includes a carpet and barding for the characters to ride it comfortably.

It’s not easy to unlock, however. The mount has a low drop rate and can only be earned in gold chests from specific Eureka Notorious Monster’s rewards. Eureka is the questline rewarding relic weapons from Stormblood. It can be unlocked in Kugane upon completing the main scenario from the expansion and reaching level 70.

Those chests are earned by completing the bunnies’ FATEs in Hydatos, such as “Drink Me.” When completed, a bunny starts following the character and leads them to a chest hidden in a random part of the map.

Related: How to unlock the Demi-Ozma mount in Final Fantasy XIV

The chest can feature several different rarity tiers, and the mount only drops from gold chests. If you want the mount fast using this method, your best bet is to team up with some friends and farm those FATEs together. That way, you can balance your luck and farm until all of you have earned one. It’s also better to do it when having reached a high level not to be bothered by mobs in the areas, because the chests can be found in tricky locations.

The other solution is to simply buy it. Its price can vary depending on the number of players who venture in Eureka and have a chance to get the mount. In any case, it’ll cost you millions of gil, which is as expensive as a house.

The mount usually costs around 10 million gil, but since more players have been exploring Eureka ahead of Endwalker‘s release, it has been reduced from half in the market. It’s up for purchase for as low as five or six million gil, depending on the server. Now might be the best moment to purchase it, before Nov. 23, when Endwalker launches.