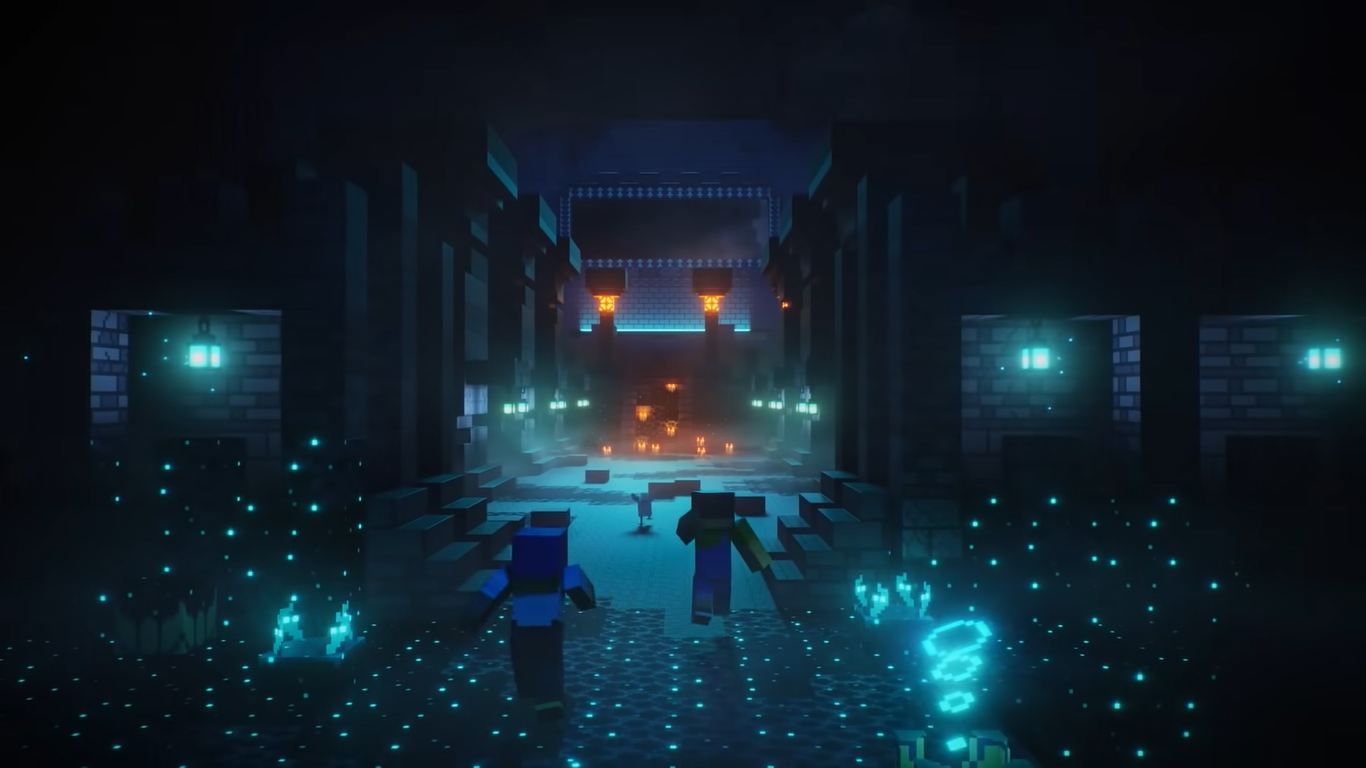 The highly-anticipated Wild Update that is set to soon bring many exciting additions to Minecraft is nearly here. Ahead of its release, Mojang has shared a trailer highlighting the features at the core of the 1.19 Wild Update.

Minecraft’s Wild Update is set to release for all players on June 7. Because most of the update focuses on the new deep dark biome, its characteristics, and the arrival of a terrifying new mob, the trailer follows a short storyline into the deep dark and showcases the main features of the new area.

The trailer is titled “The Wild Update: What Will You Uncover?” and follows two unnamed characters chasing a chicken into a cave and through a mineshaft. The characters then run past Minecraft Steve and Alex while recklessly tearing through the deep dark biome.

On their path, the unnamed duo and chicken run into many sculk blocks and thus send out a series of signals that alert the Warden. The two characters lose the chicken and slow down as they take in the new deep dark and ancient city biome surrounding them.

While the characters then start walking more carefully and quietly, the trailer shifts to show the chicken pecking at a sculk sensor. The group is then plunged into darkness as the Warden finally comes crawling out of the ground and begins sniffing around before finding the two characters and the chicken. The trailer ends with the Warden’s roar as the trailer zooms back out to a nearby cave.

Mojang also shared a short blog alongside the release of the trailer featuring more brief coverage of the upcoming update. The blog focuses on the deep dark biome and its surrounding features.

The Wild Update will introduce a massive amount of new content to Minecraft. In addition to the deep dark biome, the Warden, and the ancient city biome showcased in the trailer and blog post, the Wild Update will also introduce mangrove swamps, frogs, the ability to place a chest in a boat, and the community chosen mob called the Allay. With the introduction of new biomes, several new blocks, such as various sculk blocks and variations of mangrove wood, will be added to Minecraft as well.

Minecraft’s Wild Update is set to launch across all platforms, including Xbox, PC, PlayStation, Nintendo Switch, iOS, and Android, on June 7.