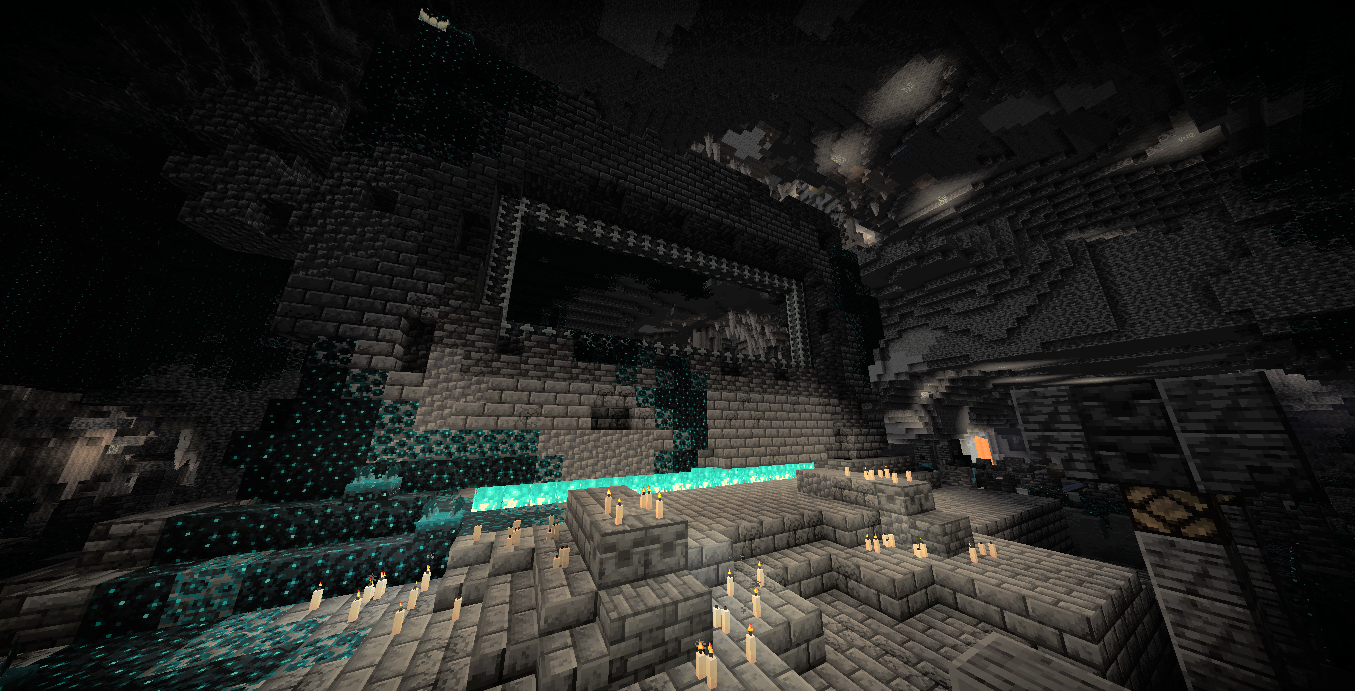 The arrival of Minecraft’s the Wild Update brings many exciting additions to the game, with the bulk of the update focusing on the new Deep Dark biome. At the core of the Deep Dark biome are the ancient city structures containing precious loot and mysterious Minecraft lore lying within.

Ancient cities are structures in Minecraft that feature a series of rundown, palace-like shaped formations, various colors of wool carpet scattered about, lanterns and candles as the only light source, and remnants of a deceased place that may have previously been home to life. At the center of every ancient city sits a large, portal-like structure that also resembles the shape of the Warden’s head.

Certain loot, including items like the swift sneak enchantment book, disc fragments, Sculk blocks, and echo shards that can only be found within the chests located around ancient cities. In addition to loot that is exclusive to the structures, the chests scattered across ancient cities also boast rare treasures that existed before the Wild Update, such as enchanted golden apples, name tags, leads, and enchanted books.

Where to find ancient cities in Minecraft

Players will oftentimes find that Sculk blocks and especially Sculk veins will bleed into the surrounding cave tunnels. If you see any trace of Sculk blocks, simply follow them until you find yourself in a Deep Dark Biome, then wander around until you find the only structure that can exist in the biome, which is ancient cities. Ancient cities and the Deep Dark are also the home of the formidable Warden, so any players seeking the loot within should do so quietly and quickly.

The Deep Dark biome is fairly rare, which makes the ancient city structures rare as well. This means players hoping to naturally find the structure must simply be patient and hope they are lucky.

Alternatively, players can also use the “/locate” command to find the structure instantly. To do this players should press T to open chat then type “/locate structure minecraft:ancient_city” and either teleport directly there by clicking on the coordinates, or navigate there by using the debug menu to follow the coordinates.