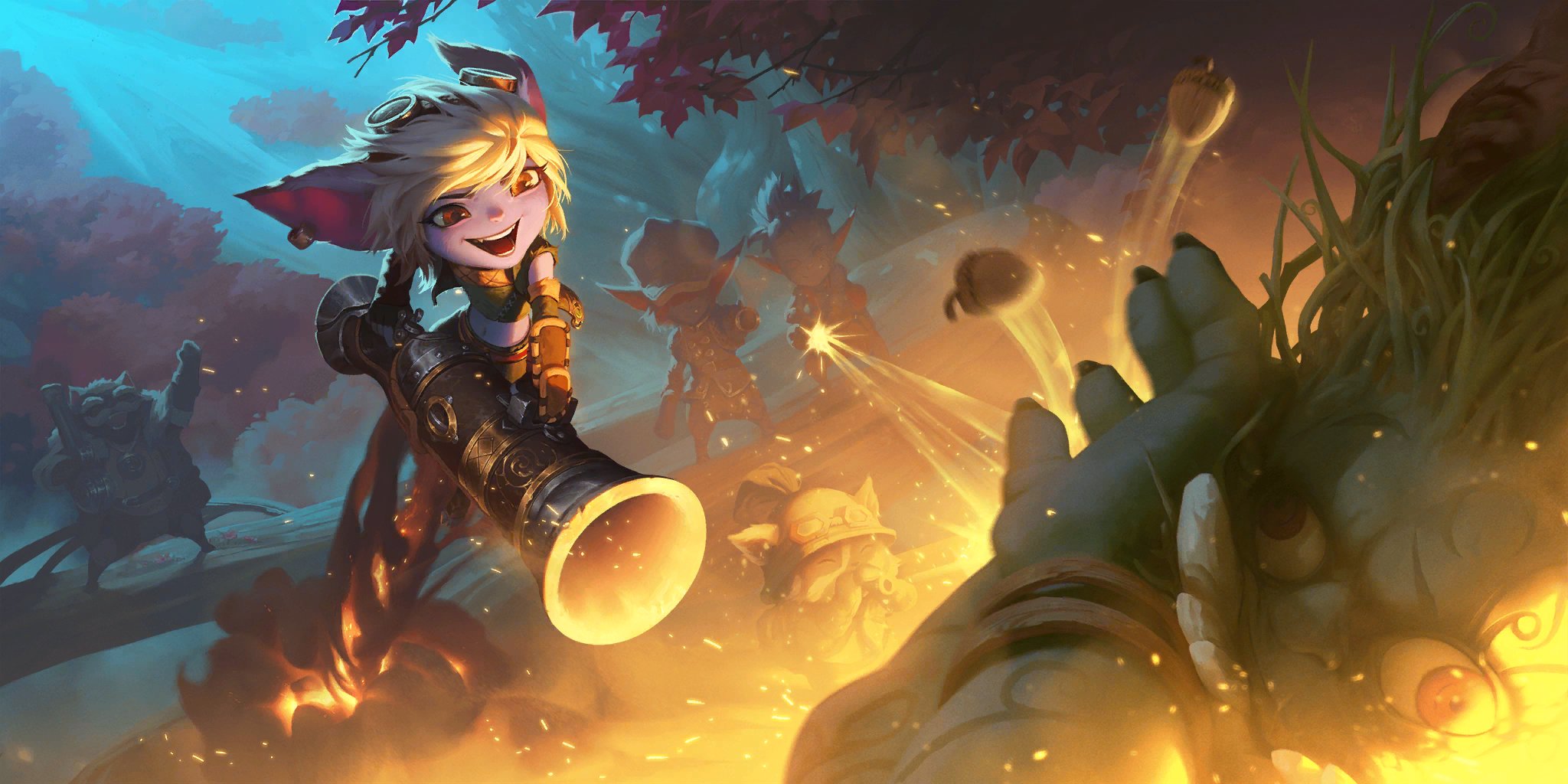 More than half of the new champions being added to Legends of Runeterra in the game’s upcoming set, Beyond the Bandlewood, have been revealed. And today, Riot Games introduced Tristana, who will provide support to multi-region cards. 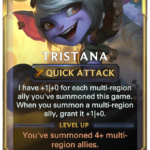 When Tristana levels up, she gains +1/+1 in combat stats, retains all previous abilities, and grants any multi-region ally you summon the Impact keyword. 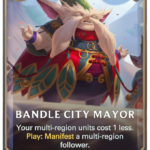 Buster Shot, Tristana’s champion spell, is a common four-mana slow spell that deals three damage to a unit. If you control a Tristana or if you’ve summoned or cast cards from four different regions throughout the game, Buster Shot’s mana cost is reduced by two.

Bandle City Mayor is an epic three-mana yordle unit from Bandle City with a 2/2 stat line and an ability that activates when played which Manifests a multi-region follower. In addition to this creation effect, the mayor has a static aura that reduces the mana cost of your multi-region units by one.

Bandle Painter is a common three-mana yordle unit from Bandle City with the Augment keyword and 2/3 stats. She also has a play ability that has you discard a card to create a multi-region follower in your hand.

Gruff Grenadier is a rare four-mana yordle unit from Bandle City with 4/3 stats, the Impact keyword, and serves as the Allegiance card for the newest region. If the top card of your deck is a part of the Bandle City region when he’s summoned, the grenadier summons another random yordle follower that costs three or less mana.

Bandle Gunners is a rare eight-mana unit from Bandle City with 7/7 stats, the SpellShield keyword, and an ability that activates when summoned if you’ve summoned units from four or more different regions throughout the game. If you satisfy this condition, they’ll be granted the Impact keyword four times.

Double Tap is a common Bandle City six-mana fast spell that has an ally strike an enemy. If the ally is a multi-region card, then it will strike the enemy again.

Yordles in Arms is a rare five-mana slow spell from Bandle City that gives all allies a temporary +2/+2 stat boost for the round. If you’ve summoned or cast cards from four or more regions throughout the game, this effect is amplified to +4/+4 instead.

Group Shot is a common one-mana fast spell from Bandle City that deals one damage to an enemy. If you control four allies when this effect resolves, two damage is dealt instead.

Purpleberry Shake is another common one-mana burst spell from Bandle City that temporarily grows an ally’s stats to become 3/3 for the round.

Tristana herself is an aggressive-minded unit that realistically needs at least two multi-region cards played for her stats to be considered average for her cost. Once you pass that threshold and play more than two, she becomes a premium powerhouse that your opponent will need to consistently block.

When Tristana levels up, her ability to spread Impact to other units will make it more difficult for your opponent to shore up incidental damage that will happen whenever you declare an attack.

Buster Shot is the third spell of its kind that alters itself if a specific champion is on the board, with Riptide and Apprehend being the others. If you manage to satisfy its condition of playing many multi-region cards or controlling a Tristana, then two mana to deal three damage to a unit is a premium deal.

But even with this potential benefit, it could take a while to obtain this cost reduction. If you fail to attain it, this card is comparable to Aftershock, which already struggles to see a wide range of competitive play despite its variety.

Bandle City Mayor is paramount to multi-region strategies despite his subpar stats for his cost. The ability to create one multi-region follower between a choice of three cards allows you to select the most optimal unit for the current situation. While his low health is a large detriment to his potential success, if the mayor manages to live, then massive mana discounts will allow you to snowball the game in your favor.

Gruff Grenadier is an interesting allegiance card, comparable to Shadow Isles’ Wraithcaller. Having a large pile of potential stats allows you to get a mono-Bandle City payoff that can overrun your opponent if you’re lucky on the random yordle you roll.

One major benefit that Gruff Grenadier has over other allegiance cards is that you can run the multi-region cards that Bandle City has, which allows for a little bit more flexibility in deckbuilding.

Group Shot is another flexible one-damage ping effect that Bandle City boasts. While getting four units on the board isn’t always a common achievement depending on your deck, a two damage fast spell against a unit is a powerful option.

Tristana will join the Bandle City champion roster when LoR: Beyond the Bandlewood is released on Aug. 25.