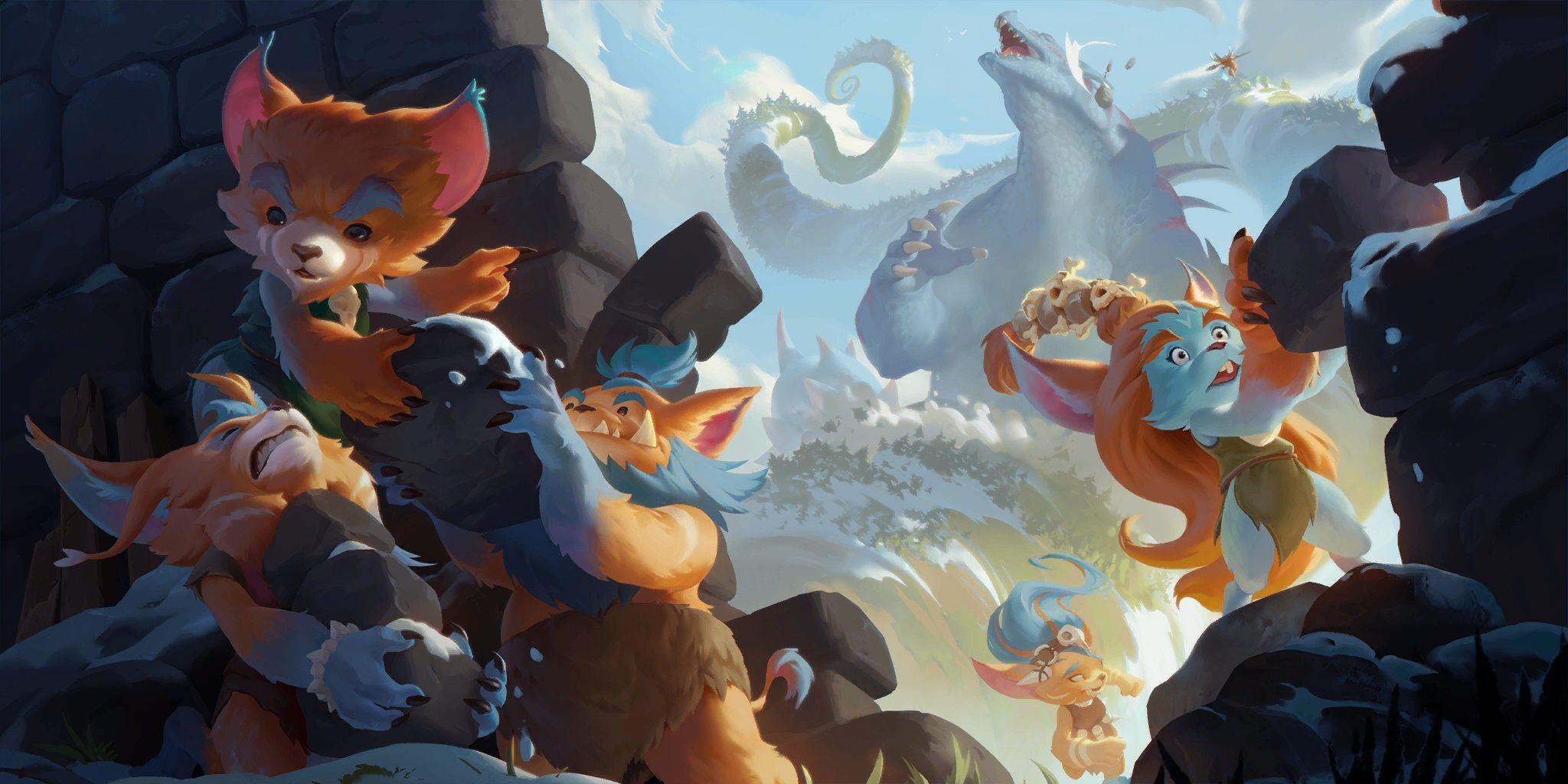 Six collectible cards and a new keyword from Legends of Runeterra’s upcoming Beyond the Bandlewood set have been revealed today.

The newest mechanic, Impact, gives units the ability to deal one damage to the enemy Nexus whenever they strike while attacking. While this sounds minuscule at first, Impact can stack, allowing for higher damage potential.

Proto Poro is a common one-mana Poro unit from Bandle City and Freljord with 1/1 combat stats and the Impact keyword.

Poro Sled is an epic five-mana Poro unit from Bandle City and Freljord with 5/5 combat stats and the Impact keyword. In addition, whenever Poro Sled declares an attack, they summon an attacking one-cost Poro. 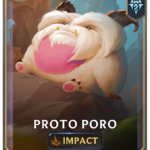 Stone Stackers is a common four-mana yordle unit from Bandle City with 2/2 combat stats featuring the Impact and Tough keywords.

Arena Kingpin is a common three-mana yordle unit from Bandle City and Noxus with 4/2 combat stats and the Quick Attack keyword.

Hidden Pathways is a common five-mana burst spell from Bandle City that draws you two cards. If you created two or more cards during the game, its mana cost is reduced by two.

Treasured Trash is a rare 10-mana slow spell from Bandle City that fills your hand with random cards. Their cost is set to zero and they become Fleeting. In addition, you’re only allowed to play three more cards for the rest of the round.

The new keyword provides interesting implications in terms of how it can be applied. While the base value it can provide is at least one damage, it’s worded in a way that certain effects can grant this new mechanic to cards with the keyword.

Proto Poro is the standard “new one mana Poro for each set” that’s expected whenever a new expansion cycle rolls around. While the new keyword is aggressive, putting it on a 1/1 body for one mana isn’t the most optimal use of it since the unit needs to declare an attack and the newest Poro can easily be value traded.

Stone Stackers is a direct upgrade to Vanguard Defender ignoring tribal tags since gaining an entirely new keyword provides a higher chance at viability. Thanks to its Tough keyword, it has more staying power on the board and can perform more attacks, which yields more damage.

Poro Sled is a sizable midrange threat that has the chance to create a wide board by itself while dealing extra damage thanks to Impact. If your foe is unable to value trade with your newly spawned Poros, there’s a chance the created Poros’ keywords can provide utility like Affectionate or Lonely Poro.

Arena Kingpin is just another pile of stats with a keyword and draws comparisons to a region-shifted Senna and LeBlanc. Until we find out what synergies and combos benefit units that have the yordle tribe, it’ll be impossible to gauge Arena Kingpin’s full potential. Despite this, aggro decks in Bandle City or Noxus trying to find aggressive units can benefit from Arena Kingpin.

Hidden Pathways is a value-generating effect that’s similar to Ionia’s Deep Meditation. While creating at least two cards throughout the game is generally easier than casting two spells in a turn, it all depends on how difficult it is for Bandle City to generate cards. As it stands, only Lecturing Yordle, which was revealed yesterday, has the ability to create cards within the region.

Despite this potential fault, pairing Hidden Pathways with other regions that have no problem creating cards, like Targon or Piltover and Zaun, can amend this weakness. In addition, more Bandle City card reveals can improve the power level of this card.

Treasured Trash is like the uncollectible Treasure Trove from Bilgewater with the amount of variance and high value it can provide. Despite having a similarly powerful effect, Treasured Trash costs twice the mana of Treasure Trove and has a heavy drawback in being only able to play three cards after.

With all of these Stone Stackers bearing resemblance to Gnar, it’s possible that Gnar’s reveal could be around the corner. If he’s not in this set, Gnar might follow in a future expansion like Zilean or Rek’sai did.

LoR: Beyond the Bandlewood drops on Aug. 25 with 126 new cards, nine of which include champions.