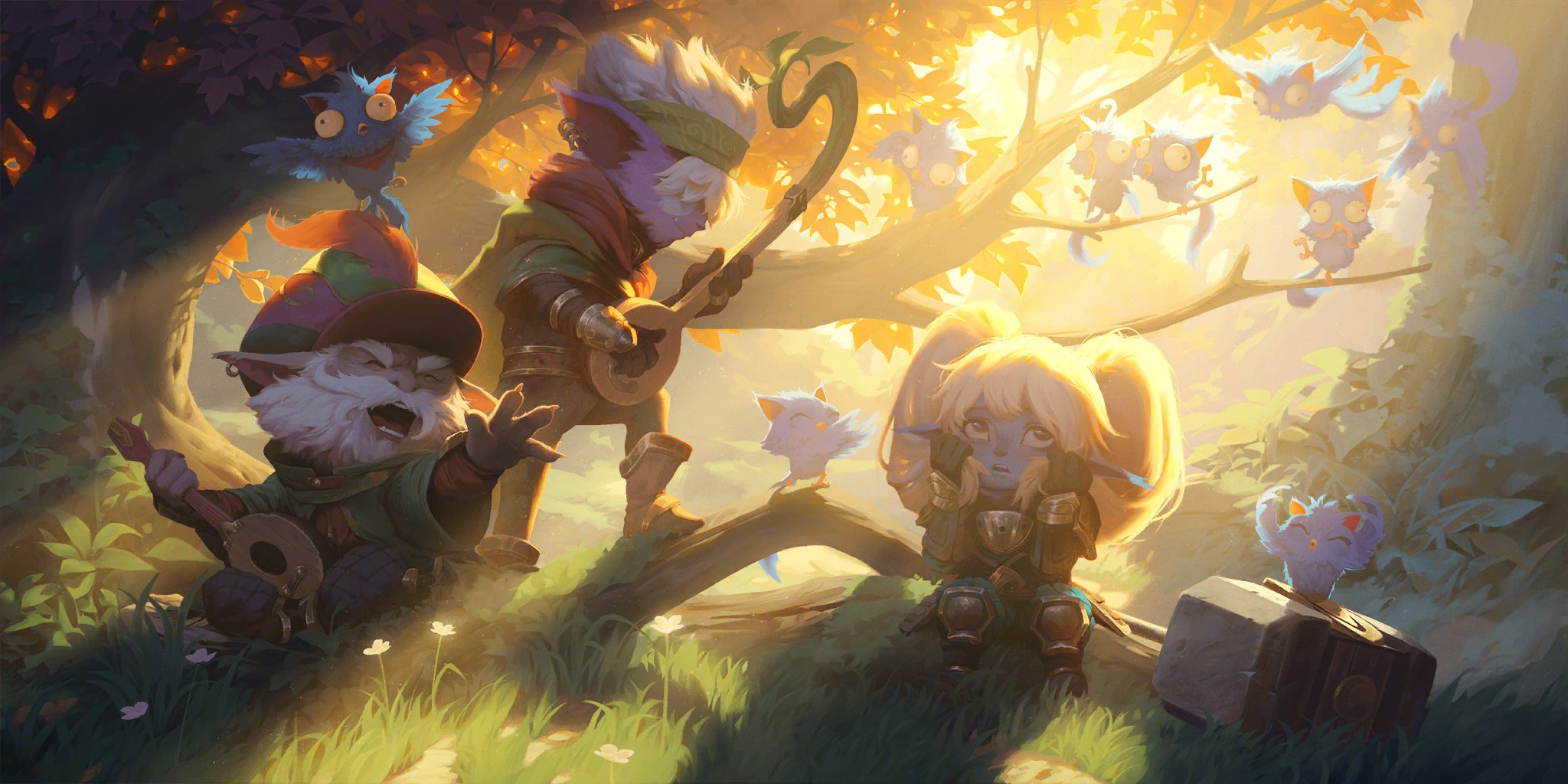 Five more collectible cards and another new keyword from Legends of Runeterra’s Beyond the Bandlewood expansion have been introduced. The newest mechanic, Manifest, is similar to Invoke from Call of the Mountain where a player is given a choice between three cards within a category and then selects a card to add to their hand.

Loping Telescope is a rare two-mana Fae unit from Bandle City and Targon with 2/1 combat stats and a Play ability that Manifests a random Celestial that costs three or less, Epic, or multi-region follower.

Bandle Commando is a common two-mana yordle unit from Bandle City with 1/2 combat stats and the Elusive keyword. They also have a Nexus Strike ability where they create a Hungry Owlcat in hand. 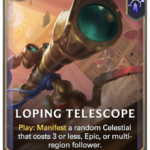 Babbling Balladeers are a common three-mana yordle unit from Bandle City with a 2/4 stat line and a summon ability that creates a Hungry Owlcat in hand.

The Hungry Owlcat created by these effects is an uncollectible one-mana 2/1 Fae unit with the SpellShield keyword, in addition to being from Ionia and Bandle City.

Furious Faefolk is a common seven-mana Fae unit from Bandle City and Piltover and Zaun with 5/4 combat stats and the Quick Attack keyword. The Faefolk also has an ability that triggers when summoned if you dealt damage to the enemy Nexus on four separate occasions throughout the game. If the condition is successfully met, the unit will gain the Impact keyword four times.

This new keyword was revealed yesterday. The stacking keyword means that Furious Folk will be dealing four damage to the enemy Nexus when it strikes while it’s attacking.

The new Manifest keyword is an alternate way of accruing value or gaining an answer to an opposing threat on the fly. Loping Telescope has the power to fill out your curve or help develop your board to be wider in the earlier stages of the game since it’s guaranteed to find a low-cost Celestial follower.

While the current pool of Epic Rarity followers has a wide range and is inconsistent, on average you can find an expensive unit that can be a powerful threat if you run out of steam early.

It’s impossible to gauge how effective the pool of multi-region cards are right now since the full set has yet to be revealed. Despite the luck factor, Loping Telescope can oftentimes find you one good unit just from the singular Celestial option alone.

Bandle Commando and Babbling Balladeers are two followers that have opportunities to provide you extra Owlcat tokens. These Hungry Owlcats can feasibly contest the board due to their two power and SpellShield keyword making them difficult to remove. Despite their effectiveness, they’re not the greatest defensively against Fearsome and Elusive units.

But even with a glaring weakness, the Hungry Owlcat can become more effective if Fae-type synergy is revealed. There’s a fair chance that this could occur since the tribe will be added to the game with Beyond the Bandlewood’s release.

Furious Faefolk provides interesting aggressive utility due to its ability to gain the Impact keyword four times if the right conditions are met. Despite its high damage potential, Furious Faefolk’s ability is on an expensive seven-mana unit with only four health.

This high cost and low health for the mana makes it incredibly difficult to protect and most likely not worth building around unless the Impact keyword has more potential combos to be revealed later in the set.

Aside from having peculiar art with unknown figures represented in the foreground and background, Battle Bonds is a potent buff with fair value for its cost. Despite the +4/+4 stats for four mana, the fact that it’s a slow spell means you need to pre-commit your mana before playing it. This means if your opponent removes one or both of your units after you activate the card, the effective buff can be reduced to +2/+2 or even zero.

LoR: Beyond the Bandlewood will launch on Aug. 25.