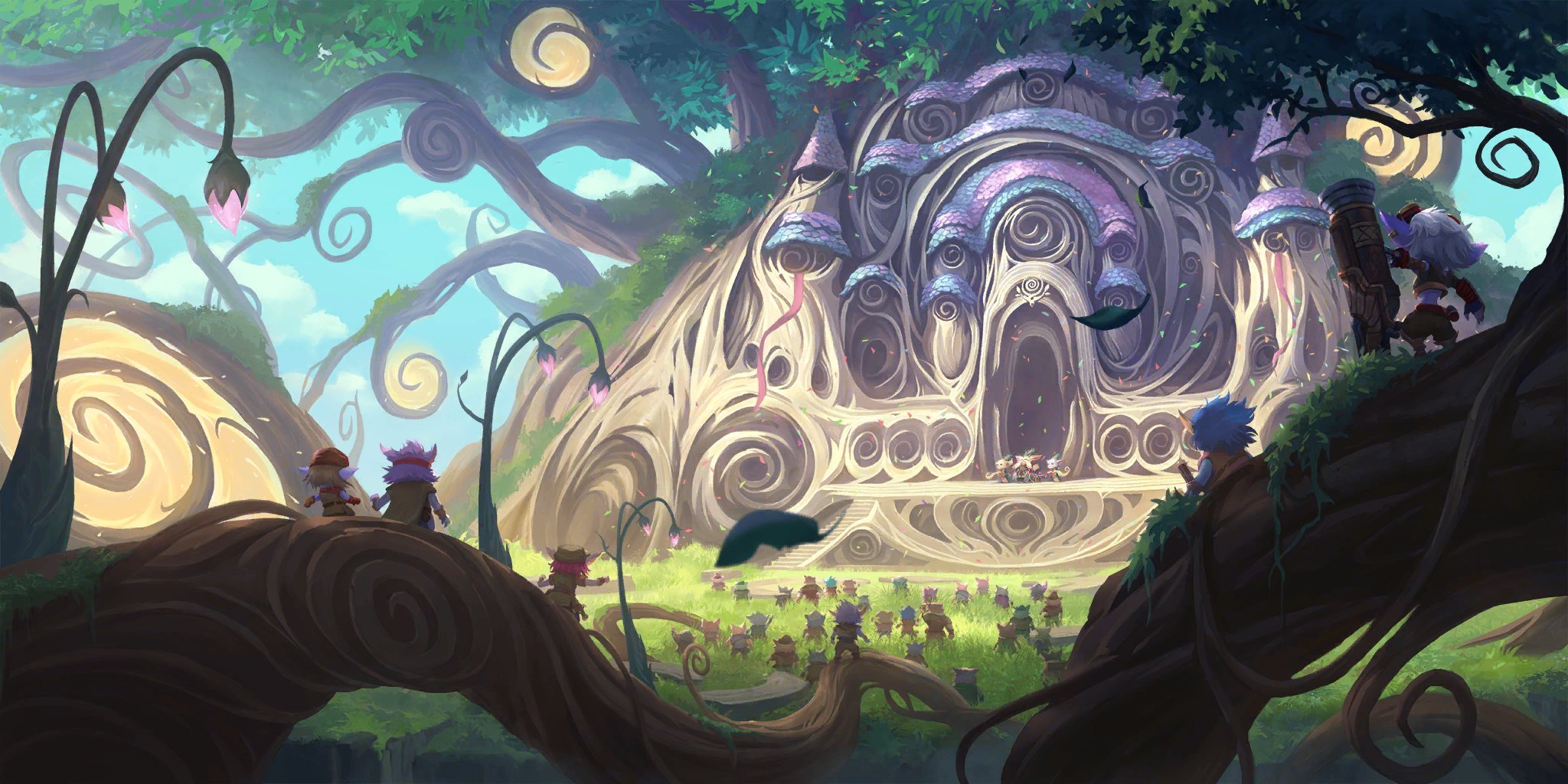 The reveal season for Legends of Runeterra’s Beyond the Bandlewood expansion has officially begun. The next set is adding LoR’s 10th and final region, Bandle City, to the game. In today’s reveals, the first new card of 126 has been shown off: The Bandle Tree.

The Bandle Tree is a five-mana Epic Landmark from Bandle City with a Round Start ability that creates a follower from a new region in hand. In addition, you win the game if you’ve summoned units from 10 different regions.

While this new card will most likely turn out to be a meme-tier combo/control deck, Bilgewater as a partner region does have interesting implications for The Bandle Tree. Bilgewater is home to many effects that can summon units from various regions, with cards like Jailbreak, Double Trouble, Petty Officer, Island Navigator, and Reaver’s Row.

Despite this potential, more cards will need to be shown off in the upcoming expansion before The Bandle Tree’s power level can be accurately judged. 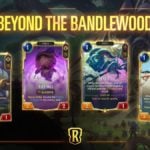 Aside from the singular card shown off to kick off the latest LoR reveal season, new art was showcased for Teemo and Fizz, in addition to converting them into dual-region cards alongside Heimerdinger and Lulu.

It’s unknown if these new artworks for Teemo and Fizz will be outright replacing the original art for both of these champions or if these will be new free or paid alternate illustrations. If the second option is the avenue that Riot goes down, then players would likely be able to toggle between whichever card art they prefer in the cosmetic menu.

LoR: Beyond the Bandlewood will be released on Aug. 25 with 126 new cards, nine of which include champions.