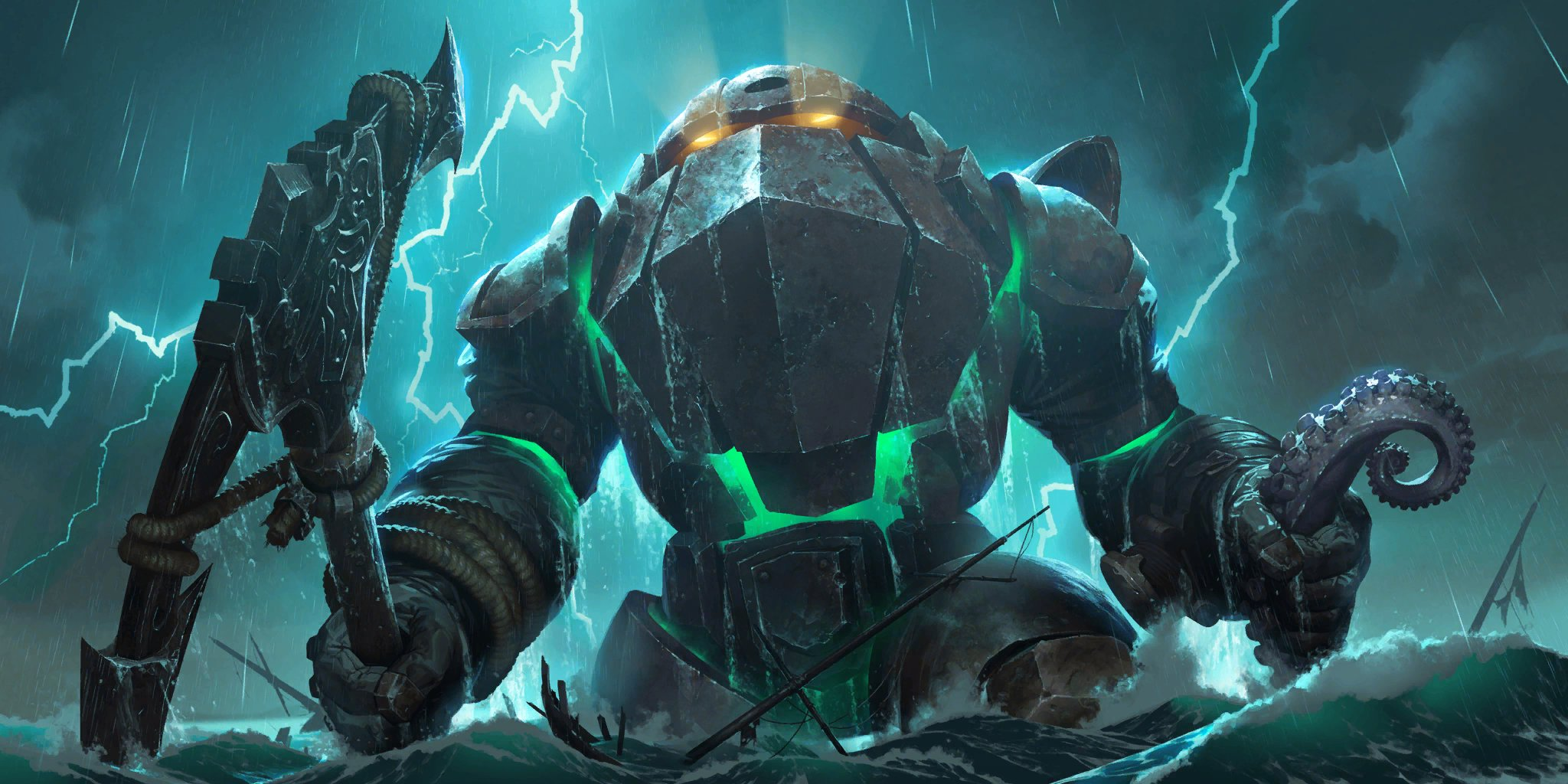 Rising Tides is only two days old, but top Legends of Runeterra players have already found ways to exploit new and existing cards in their climb to the Master tier.

Riot Games officially launched LoR out of open beta today via PC and mobile with the release of the Rising Tides expansion. Most content creators had access to the expansion on April 28, and with the launch of ranked yesterday, many have already climbed the ladder to Master once again.

Dozens of new archetypes were discovered on the first day of Rising Tides’ release. But on the ranked ladder, there are three decks that are consistently dominating: Sea Monsters, MF/Quinn Bannerman, and Ezreal/Twisted Fate Control.

It’s still too early in the meta to know if these decks will have the legs to last. But for now, they’re the best LoR Rising Tides decks from Patch 1.0 to climb the ranked ladder with.

Top content creators on the first day of Rising Tides’ release knew there was something special about Sea Monsters. BruisedByGod (BBG) was one of the first streamers to construct a successful build, using Nautilus and Maokai as champions. And as of today, the deck is still strong against a number of other archetypes.

The goal behind Sea Monsters is self-mill to reach Deep, a new keyword mechanic in LoR. BBG was consistently hitting Deep on day one by turn five or six at the latest. Once Deep is achieved, Sea Monsters like Abyssal Eye and Shipwreck Horder have +3/+3 added to their existing power and defense stats.

Dredge Dredgers and Jaull Hunters are great in the early game, milling your deck via Toss while protecting life points on the board. Devour of the Depths is optimal to cast once Deep, removing your opponent’s pesky units from the game. By the time Nautilus drops on the battlefield in leveled-up form, it’s essentially game over 80 percent of the time.

Bannerman has survived the meta change with Patch 1.0 in LoR, but it has a somewhat different look to it. Some players scoffed at Quinn when first teased by Riot, but many of the experienced and competitive pros knew there was something special about combining her with Miss Fortune.

Several versions of the deck appeared on day one, with a creation by Alanzq catching the attention of Twitch viewers. But a recently tweaked version created by Pokrovac has taken off as “the deck to play” on the LoR ladder.

Much like the original Bannerman build, a majority of the cards are from the Demacian region. New additions include Quinn as the Demacia champion and Miss Fortune from Bilgewater. Only two other Bilgewater units are included in the build: Jagged Butcher and Citrus Courier. All three spells are Demacian.

The strategy for playing this revised version of Bannerman is similar to the first: mulligan for an early-game presence with War Chefs and Fleetfeather Tracker. As a Midrange deck, it’s power comes from stacking the board with powerful three and four-drop units, like Loyal Badgerbear and Grizzled Ranger, in conjunction with Vanguard Bannerman. To end the match, drop a Cithria the Bold or Citrus Courier and go lethal.

Ezreal control decks were popular during the LoR open beta and they still are following the 1.0 patch. The P&Z champ has survived the meta change and has a new partner in crime, Twisted Fate. Created by Alanzq, this version of Ezreal and TF takes full advantage of direct damage Bilgewater spells in conjunction with a few existing favorites, like Rummage, Statikk Shock, and Mystic Shot.

The Bilgewater spells in this build support the direct damage theme that levels up Ezreal, as opposed to card draw for Twisted Fate. Spells like Make it Rain and Gotcha have been added, alongside units that produce Powder Kegs to increase the amount of damage caused by these spells. There are two copies of Rummage and Salvage, but they’re included more for tempo and their Burst speed, rather than to Level Up Twisted Fate.

Twisted Fate is like the icing on the cake. He’s the ideal champion to support Ezreal once the P&Z champion levels up. Early strategies include protecting life via units such as Dreadway Deckhand and Petty Officer while pinging away at the opponent’s Nexus and units with increased damage via the Powder Kegs. Once Ezreal is leveled up, cast those Burst spells and end the game quickly.