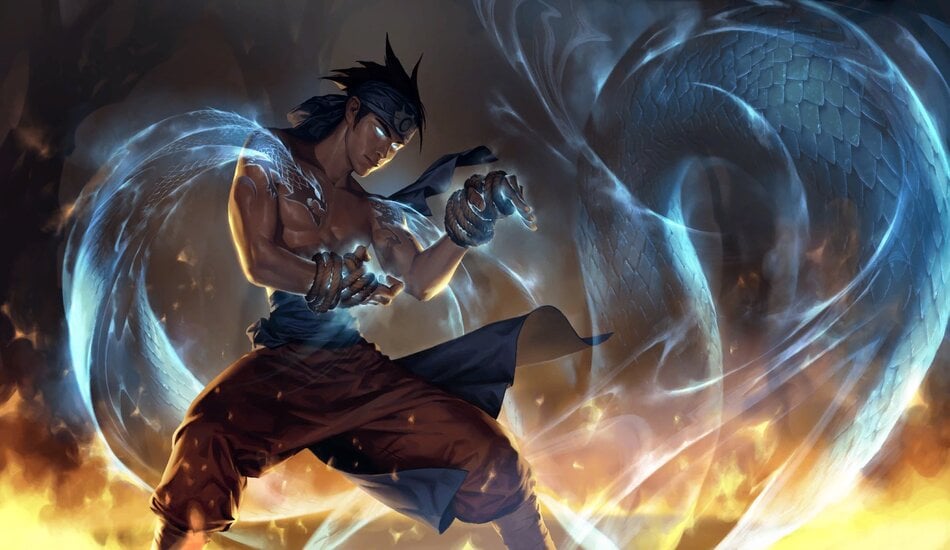 Scales of the Dragon

Legends of Runeterra: Rising Tides is looking to change the entire meta with its official release on April 30.

Over 120 cards are being added to the game, as well as six new keywords that will be appearing on these cards. Half of these new cards are coming aboard from the newest region, Bilgewater, to join the six previously-existing regions.

With every new champion being announced for LoR’s official launch set, it’s time to take a look at each new mechanic and keyword, too.

Scout: The first time only Scout units attack each round, ready your attack. Primarily featured in Demacia and Bilgewater, this new keyword makes you look at how you perform your attacks each round since attaining a Rally-based effect is powerful. If your board has non-Scout units in addition to Scout units, you can always send in only your Scout units first to gain an extra attack with them later alongside the non-Scouts units.

Vulnerable: Units that are vulnerable can be challenged by enemy units, forcing them to block it. This keyword allows you to place this new devastating keyword on enemies, making it so you can effectively challenge them and remove them through sheer combat. If there are enemies trying to hide, like Elusive units or high priority champions, you can use cards that grant Vulnerable to take them out.

Some cards naturally come with Vulnerable, like the newest Powder Kegs, allowing opponents to interact with them much easier.

Toss: Obliterate X non-champion cards from the bottom of your deck. This keyword benefits the other newest mechanic, Deep. This keyword allows you to mill your own deck to find your key champion cards faster than your opponent. The cards milled are public information, so your opponent can know which cards are gone and what they least likely would need to play around.

Be careful when potentially Tossing too much, though. When you attempt to draw from an empty deck in LoR, you’ll lose the game.

Plunder: A card triggers its Plunder ability when played from hand if you damaged the enemy Nexus this round. Hailing primarily from Bilgewater and Freljord, this new keyword promotes aggressive strategies by forcing you to deal damage to get maximum value from these cards.

Plunder can trigger from both combat and effect damage. If a board looks too defensive from an enemy player, don’t be afraid to throw in some damage from card effects to activate your Plunder cards.

Deep: When your deck has 15 or fewer cards, gain +3/+3. This keyword is found in the depths of Bilgewater. It wants you to play longer games than average to get massive value from these large units. Synergizing well with the previously-mentioned Toss keyword, you’ll want to make sure you empty your deck as soon as possible to run over your opponents with this mechanic.

Attune: When summoned, refill one spell mana. This is a much more subtle keyword than others. This allows you to weave in more cheap spells by giving your units an effectively soft rebate when they’re summoned. Players looking to combo more cards together in one turn should turn to this new keyword.