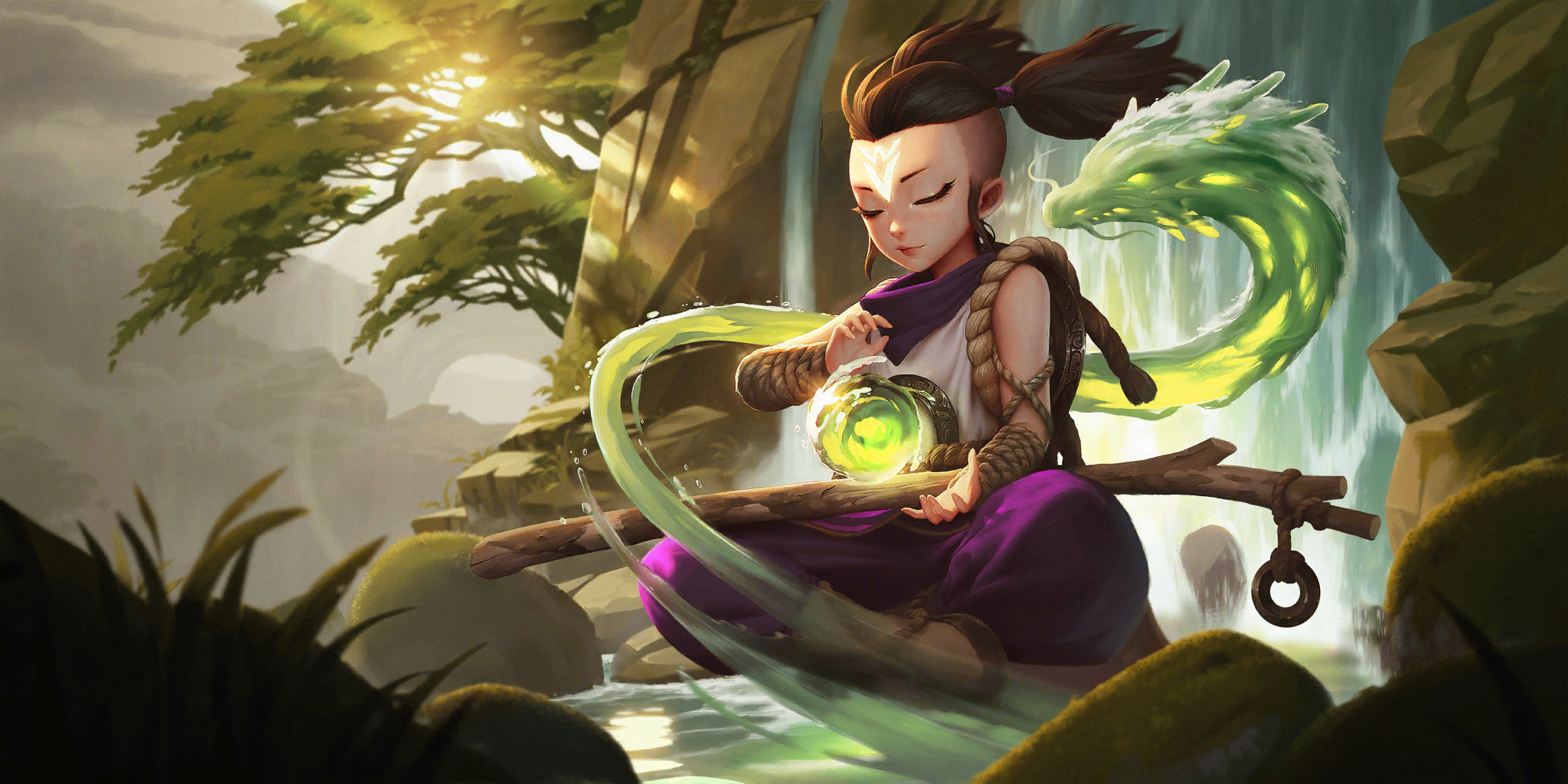 Legends of Runeterra’s most recent expansion, Beyond the Bandlewood, marks a near two-year period since the game launched its initial closed beta in October 2019. A lot has happened during that timeline, including the conclusion of the game’s first World Championship. With a short, yet notable competitive history, it’s a suitable time to look back at some of the greatest cards within the game.

Followers are some of the integral units found in the game, since a deck can only have six champions. This means you’ll need to have a sizable amount of followers to give your deck a healthy mix of spells and units.

These are the 10 best followers of LoR, including one from each region, as well as contenders that were close to claiming that same spot.

When LoR was in its infancy, Freljord had respectable followers that would allow for varying strategies. As with the natural progression with any game, more powerful cards were printed, and Freljord silently fell as a region known for its stable followers.

While any of the “close contenders” had a fair shot at taking the top spot, Omen Hawk has the most odds at being selected for more conventional decks. Playing Omen Hawk allows players to buff multiple early units into stat-thresholds that are unusual.

Piltover and Zaun is not a region with a vast amount of tools, but the few viable cards it does have are extremely effective at what they can do. “Rummaging” is a community popular term used in Magic the Gathering that denotes when you discard a card to draw another one. Zaunite Urchin captures this ability all on a one-mana unit.

While ridding the worst card in your hand for a chance at a new card in deck is a powerful one, the ever-present discard trigger abilities (like Lost Soul, Risen Rider, and Flame Chompers) accentuate the Urchin’s strength.

One tool players are not aware of is that you’re currently allowed to skip the Zaunite Urchin’s ability by pressing the blue Skip button on the right when selecting your card.

This meager yet effective one-drop from Bilgewater is one of the few cards that retroactively became a Yordle. Aggression is Bilgewater’s goal, and dealing damage to the Nexus to help activate Plunder-based abilities (or to help to level up any decks featuring Gangplank).

The Corsair is not the most aggressive one-mana follower at dealing damage compared to others. Despite this, the fact that her ability can be activated while she doesn’t attack herself means she can deal damage while safely sitting on the bench.

The newest region, Bandle City, has a wealth of efficient cheap followers due to their abilities to either be aggressive (Inventive Chemist and Stone Stackers) or create cards through Manifest.

Conchologist is the most versatile of them all, since his stable 2/2 body allows you to contest most early boards with his fair stats. The ability to generate one of three cheap spells from any of your regions allows you to find answers to most scenarios and rewards players with strong foresight to what they may need in the future. 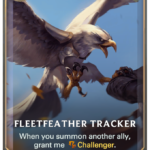 As the sole dual spot on this list, this two-card follower combo accentuates Demacia’s strength of an efficient midrange region. Due to their highly effective cards, they can either answer most problems or impose threats that the opponent must respond to.

The Fleetfeather Tracker and Brightsteel Protector combination is a classic “one-two punch” that has existed since the base game in Foundations. This pairing would control most boards offensively if you attacked second and would stop aggressive decks defensively if you were to go first.

Similar to Crackshot Corsair, both one-mana followers have similar goals for their regions: get on the board quickly and deal damage to the opponent. While the Corsair has a bit more use to deal consistent damage when drawn later, an unanswered Legion Saboteur has more early snowball potential than the Yordle.

While Legion Saboteur lacks the safety when compared to the Corsair, sometimes throwing away a 2/1 to deal extra damage is all an aggressive deck needs for victory.

Shadow Isles is one of the most versatile regions in the game with its potent kill and utility abilities. While the region boasts a scary aggressive shell (Ravenous Butcher and Cursed Keeper) and a high value-oriented late game (Ledros, Rekindle, and Hydravine), one pesky cheap unit manages to find his way into multiple lists.

Hapless Aristocrat is a one-mana card with a simple premise, a 1/1 for one, and when he dies, a 1/1 Spider will take his place. These two bodies put into one card allow for either a defensive buffer against the most aggressive decks, or two chances for sacrifice fodder for cards like Glimpse Beyond or Spirit Leech.

Players regularly heard this voiceline from Merciless Hunter before she received an emergency nerf right before the World Championship occurred. Ever since her release back in Guardians of the Ancient, she was a consistent menace that players would expect to face off against whenever seeing a Shuriman foe.

Her original 4/3 body with Fearsome and the ability to spread Vulnerable to key enemies were incredibly difficult to deal with for most decks. The fact that she could survive most removal, avoid cheap units, and even value trade against high-value foes made her a versatile wrecking ball for any scenario.

Even after her nerf, which lessened her popularity, she still sees play, all to find more gifts for Renekton.

Targon’s release back in Call of the Mountain brought about multiple strategies that could help varying decks succeed. While most lists tend to use Targon defensively or for value, one unit serves as a potent tool that can both pose a threat to decks that fight for board and stall for combo.

The combination of the Lifesteal and Elusive keywords means not many decks will be able to properly answer the Sparklefly. In a region like Targon, which can permanently strengthen units to absurd strengths, a buffed Sparklefly will quickly take over a game. Currently, Sparklefly is most popular in Nami-styled decks.

The Sparklefly is also reminiscent of Kinkou Lifeblade, which was a terror back in Closed Beta and subsequently received nerfs to become a 2/2. Costing half the mana while only losing one power proves that Sparklefly’s effectiveness makes it one of the best Elusive followers in the game.

1) Eye of the Dragon 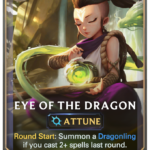 While Ionia’s strengths are traditionally found in its spells and champions, there are a few followers that are big standouts. While Rivershaper and Shadow Assassin generate value, and Young Witch has revitalized board-centric midrange decks, all of these cards received buffs.

Eye of the Dragon gives slower decks which focus on multicasting spells one of the strongest anti-aggro tools in the game. The ability to summon a 2/1 Ephemeral unit with Lifesteal allows you to heal for two on turns where you attack and dissuade most enemy attacks on defensive turns. Since she’s a two-mana card, she is also summoned by Crescendum, which has players oftentimes add a Gifts from Beyond to their deck to consistently summon this follower.

All of these qualities don’t even mention the fact that she has Attune, which makes her effectively a one-mana follower once you cast a spell. Aggro lists must have a three-health damage answer to slay Eye of the Dragon if they know they’re up against a slow Ionian deck.

Players aiming to be competitive can expect to see these cards when the next ranked season begins Oct. 20.