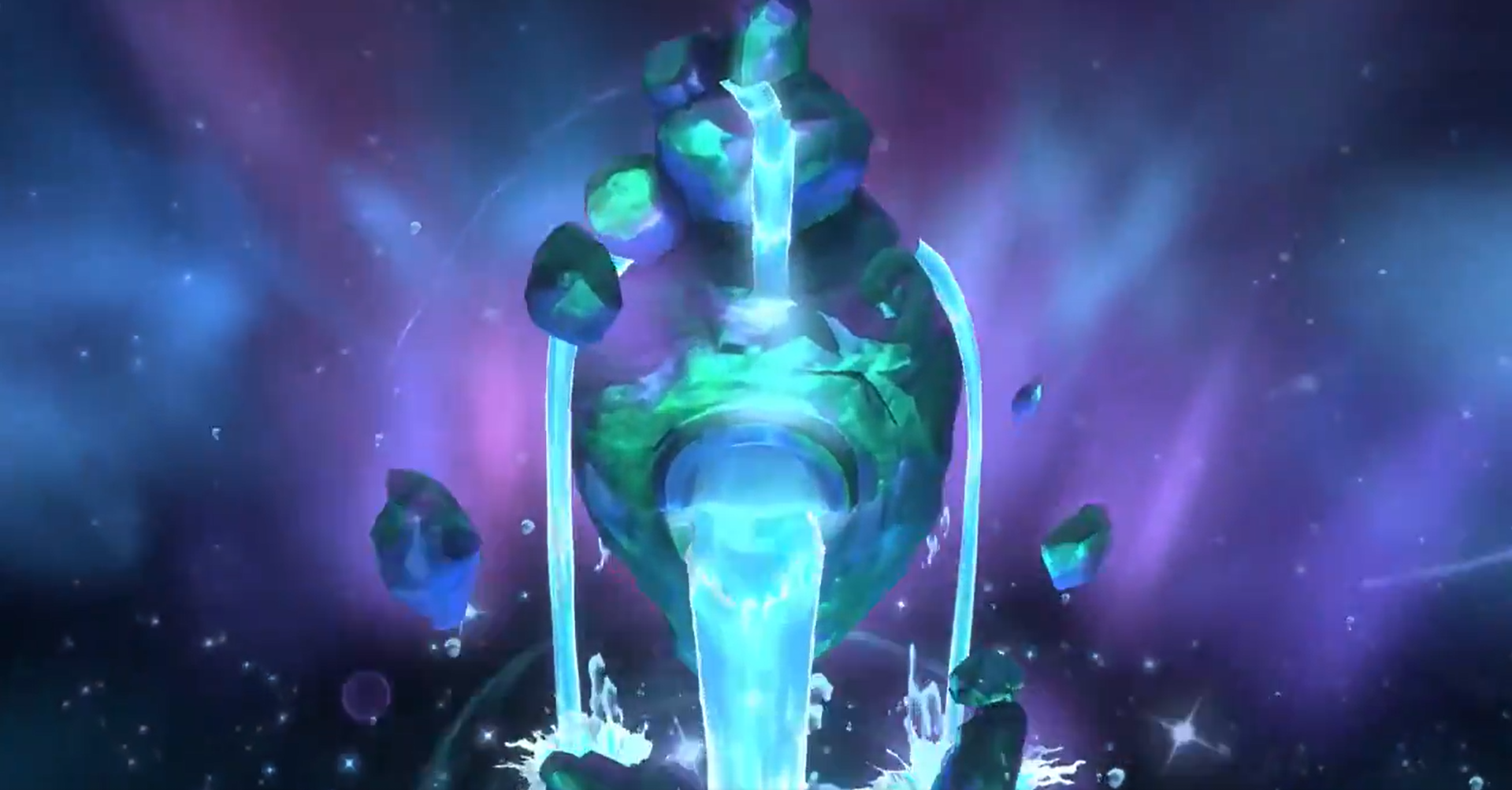 Legends of Runeterra’s next expansion, Monuments of Power, is less than a week away from officially releasing.

The newest keyword that’s being introduced with the expansion, Landmarks, will offer new strategies that players can build around with their persistent abilities that activate each round. And today, Riot revealed the newest Landmark from Targon: Star Spring.

Star Spring is an Epic two-mana Landmark that heals your damaged allies for one at the end of every round. If Star Spring was on the board after you healed 22 damage from your allied units, then you win the game.

Compared to all of the other Landmarks revealed thus far, Star Spring is the least expensive at two mana—even cheaper than The Slaughter Docks. But to circumvent this, healing allies at a consistent rate isn’t a particularly powerful ability on its own, even with an entire deck built around helping Star Spring succeed. The ideal curve for players of this new card and healing strategies, in general, is Star Shepherd on turn one with Star Spring on the following turn. This will allow you to get a consistent strength boost for the Shepherd from the Spring whenever she takes damage.

As the second alternate win condition to join the game after Fiora, this one is the most difficult to achieve. Star Spring must stay on your board from start to finish, Nexus healing isn’t counted, and overhealing on your units isn’t credited toward Star Spring’s victory condition. In addition, the initial investment of spending mana on this means you’re spending less mana on summoning units to heal this condition. If your opponents can consistently remove your minions from full health, it’ll be tough to get Star Spring’s healing engine rolling.

On top of everything, if you’re close to achieving victory, your opponent may have Landmark removal ready to ruin your chance at victory. If Star Spring is removed, the one you play afterward doesn’t store the healing count from the first one.

With the star and healing theme of this card, and the other ones revealed in today’s teaser, Soraka is the most likely candidate for the champion that will be revealed tomorrow to join the Monuments of Power expansion.

You can try to triumph through pacifism with the Star Spring and more when LoR: Monuments of Power is released on Oct. 14.