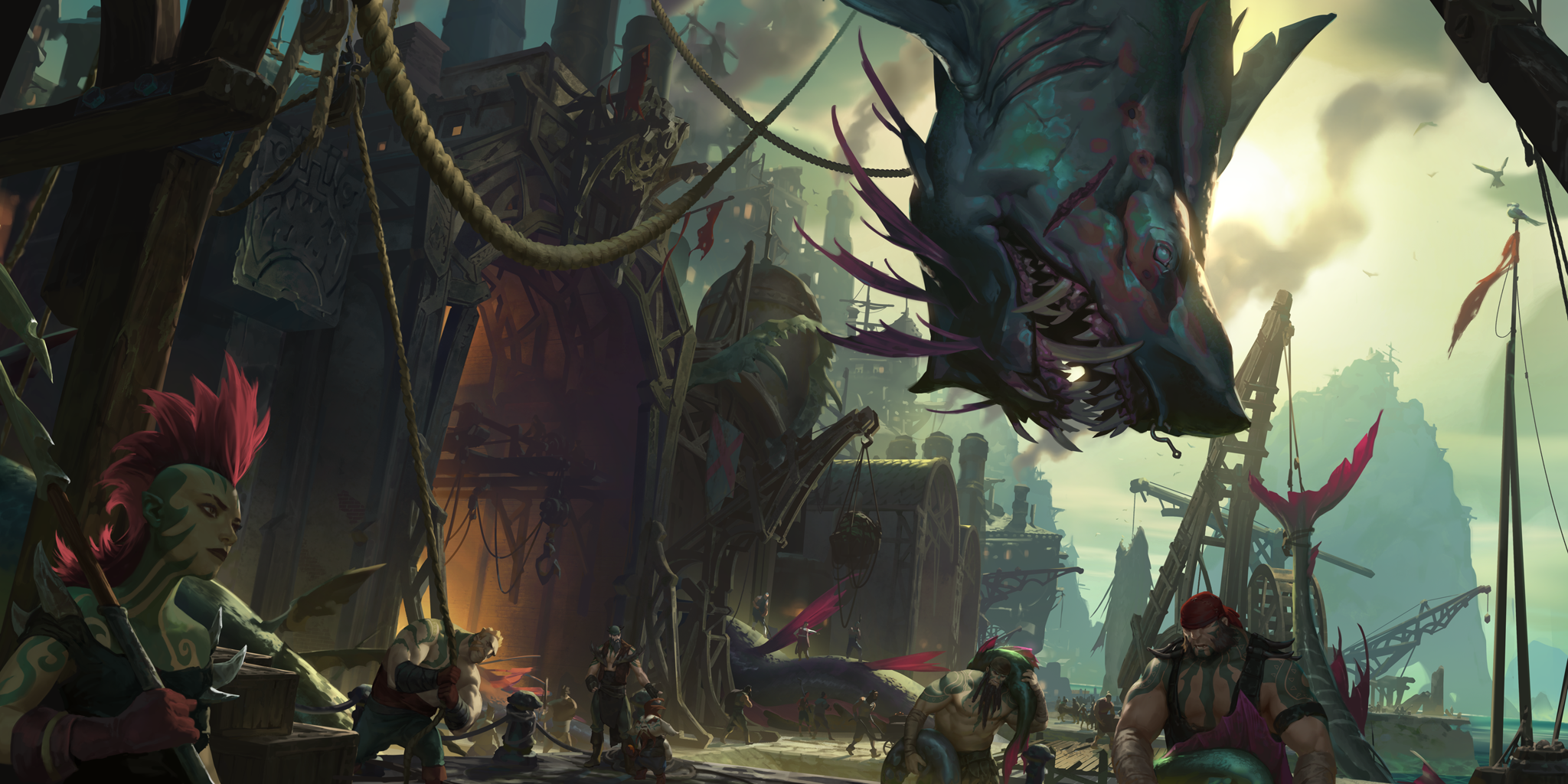 The reveal season for Legends of Runeterra’s next expansion, Monuments of Power, is officially underway.

The newest mechanic, Landmarks, brings an interesting dynamic to the game and lets players add variables to the board that will alter their gameplay. Riot revealed the next Landmark today, The Slaughter Docks—and it’s from Bilgewater.

The Slaughter Docks is an Epic three-mana Landmark that tosses one at the start of each round. But when your deck goes Deep, the Docks is destroyed and you summon a random Sea Monster in its place.

While playing The Slaughter Docks early will allow you to mill your own deck as soon as possible, it has a hefty tempo loss investment to activate it. But if you tool your deck properly to Toss as much as possible, the investment is well worth it since a random Sea Monster with a Deep bonus is nothing to scoff at—especially if it’s appearing many turns earlier than expected. Depending on the build of Nautilus and Maokai based decks, on average you can expect to go Deep by turn six or seven. And if you high roll your opponent, it’s possible to achieve becoming Deep even a few turns sooner.

From the current pool of Sea Monsters, you can at least expect 6/6 worth of stats whenever you achieve Deep with The Slaughter Docks on your board. This also doesn’t include any potential effects that the random Sea Monster may have, like The Abyssal Eye, Terror of the Tides, or Shipwreck Hoarder. But since The Slaughter Docks is a summon effect, Sea Monsters with Play effects like Devourer from the Depths won’t activate.

There’s also a chance that more Sea Monsters could be added with Monuments of Power’s release that could change the formula and evaluation of the card.

Lorewise, League of Legends players should be familiar with The Slaughter Docks since it was a playable map in place of The Howling Abyss for a limited-time event. With Bilgewater being revealed in depth, it can safely be presumed that Tahm Kench will be released within the Monuments of Power expansion. Based on the other formats of previous card reveal seasons, a teaser trailer including his card should follow soon after.

You can collect The Slaughter Docks and more when LoR: Monuments of Power is released on Oct. 14 with 40 new cards.