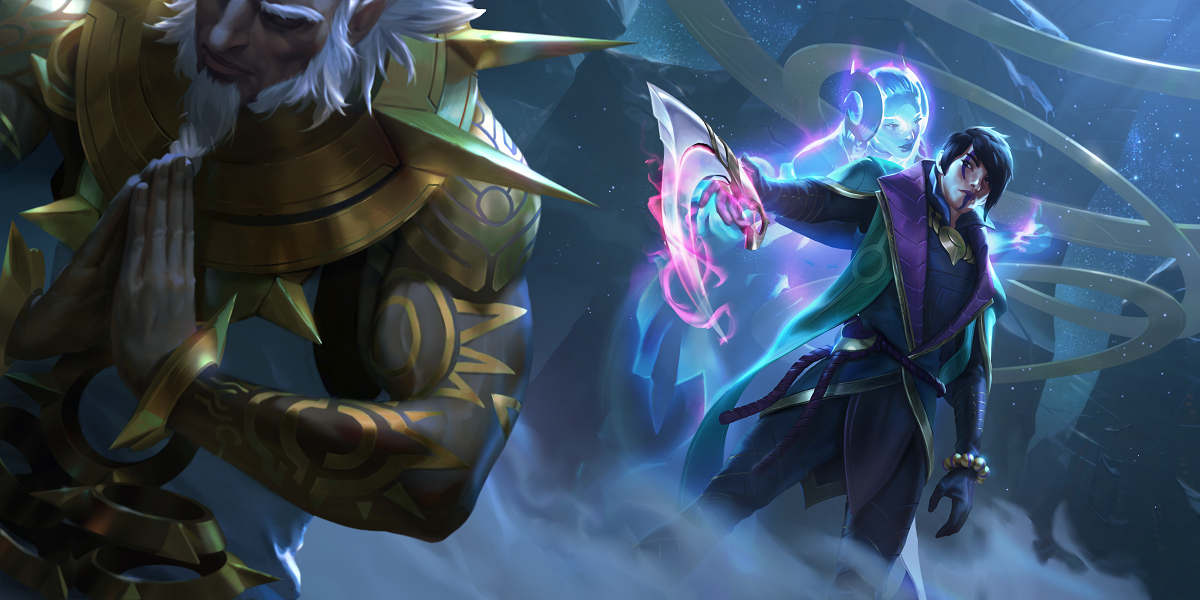 Riot Games confirmed today that one of the newest champions being released in Legends of Runeterra’s will be Aphelios. While the set that introduces Shurima will be happening in February, Aphelios’ release will usher in a new way of bringing in more cards to the game. The multi-weapon wielding marksman from League of Legends will be the first Champion specific expansion release that is centered around specific champions.

Aphelios’ level two form gains Quick Attack and +1/+1 in combat stats. In addition to creating a new Moon Weapon when you play two cards within a round, you also create a Moon Weapon during the start of each round.

Aphelios also brings a new phased keyword, while the exact parameters of the Phase keyword are unknown, it can be expected that it will involve premeditating your Moon Weapon choices.

Aphelios’ weapons have already been revealed. In a similar fashion to his League counterpart, understanding how to best use each weapon and when to swap between them will yield the best results. Each Moon weapon is a two mana Slow Spell which bring a wide array of abilities like a toolbox. The Moon Weapons are as follows:

Outside of Aphelios himself, his sister Alune can provide Aphelios with additional weapons thanks to a two mana Burst Spell, Gifts from Beyond. 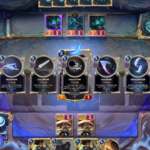 While the new system of champion centered expansions are exciting, it’s unknown how many champion-themed sets will be added outside of the usual bimonthly expansion cycle. At first glance, players may expect these bonus releases to be potentially similar in fashion to the K/DA x LoR crossover event that occurred in October.

Aphelios and Shurima will join LoR next month after the conclusion of the game’s second regional tournament.