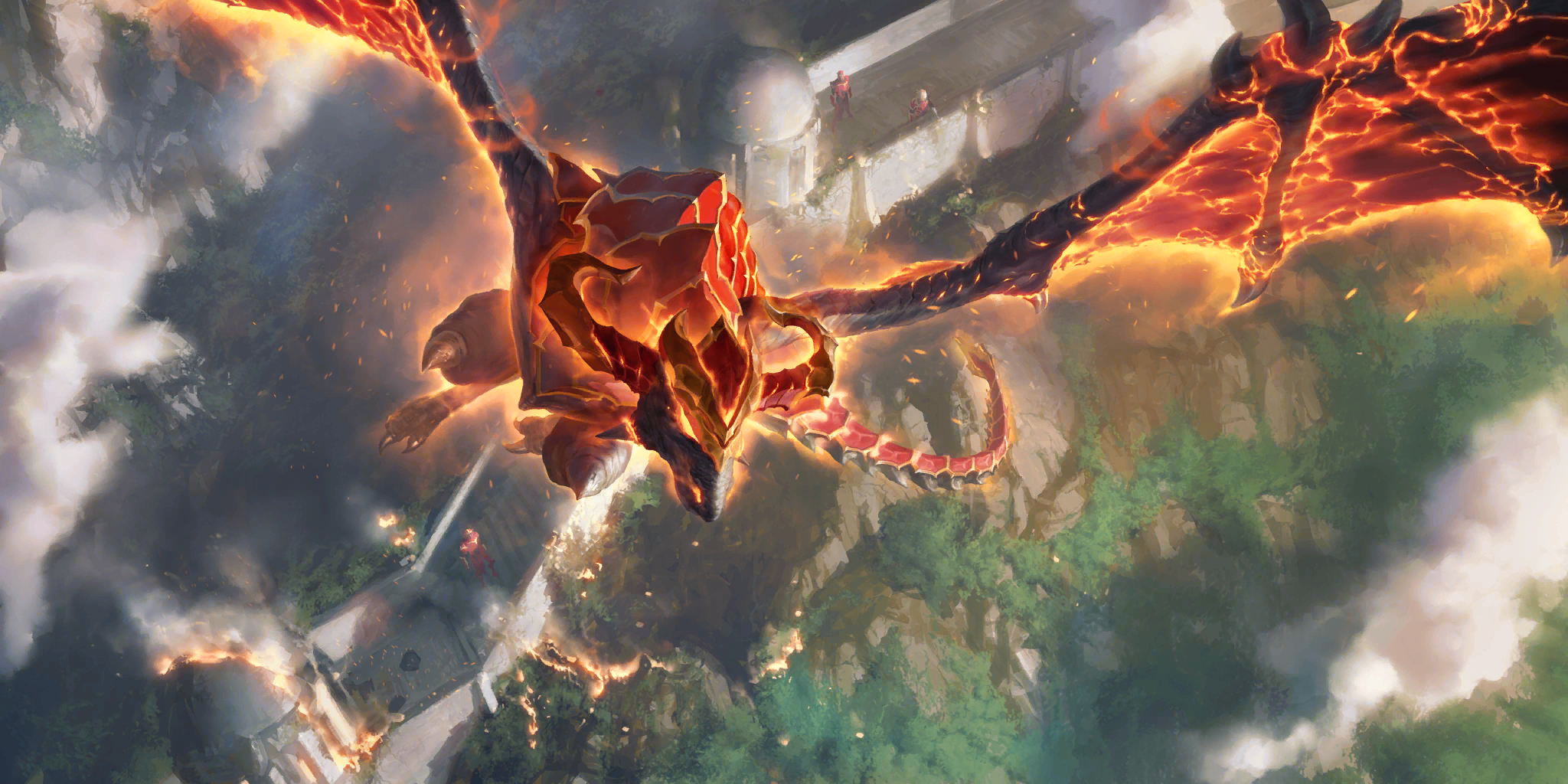 Legends of Runeterra has had an eventful year since the game was revealed last November. After leaving closed beta earlier this year, LoR has released additional features at an astronomical rate including two different sets and its most recent expansion, Monuments of Power.

The game’s first batch of new modes was initially teased by LoR’s executive producer in an interview with Dot Esports. With Gauntlets fully realized, Labs released, and the game’s first Seasonal Tournament about to launch at the conclusion of the ranked season, there’s always more that the LoR community can look out for.

We spoke to the game’s live design lead, Steve Rubin, to go more in-depth into Seasonal Tournaments, the future for the game, and current state of LoR’s meta.

The Seasonal Tournaments that Riot introduced has added incentive for competitive players to go beyond just reaching masters, and allows the best of the best to compete for even higher spots on the ladder.

“Seasonal Tournaments is our in-client tournament mode,” Rubin said. “For now, we have the underlying tech created to run 1,000-person tournaments on each regional shard.”

With a strong base function for the introduction of this new tournament mode, Rubin also said the initial features are “designed to be built upon and improved over time” as soon as more iterations are needed.

With the initial announcement, Riot has shown its commitment to developing technology to help the initial competitive scene with bi-monthly tournaments at the end of each season. This would allow committed and top-end players something to look forward to and be rewarded for their skilled play.

“[The tournaments] will be supported by a pick-and-ban game mode as well as our first spectator support, all being implemented by November to facilitate gameplay and viewability requirements for these tournaments,” Rubin said. “In other words, Seasonal Tournaments are our current plan for incentivizing and rewarding ranked and gauntlet play through six yearly tournaments with cash prizes, while providing a foundation for future work on competitive play and esports.”

While players that perform on the ladder or achieve seven wins in the Last Chance Gauntlet can look forward to the high-end tournament, it is still unknown if the LoR community beyond the top competitive players would be able to set up their own tournaments for their own communities.

Riot has already shown its willingness to accommodate and raise hype for the high-level competitive scene. Riot may have some involvement in smaller community tournaments like Duels of Runeterra, Giant Slayers, and TheTwinSunz, and Rubin said there’s potential for community efforts and competitions in the future.

“For the remainder of this year, the bulk of our competitive focus is definitely on the initial Seasonal Tournament in December—there’s a lot still to do,” Rubin said. “I don’t work directly on community support, but I do know our regional offices are planning to focus more effort on community [and] competition for LoR in 2021, and we’re intending for Seasonal Tournaments to be a foundation for wider competitive efforts.”

Beyond tournament mode, the future of the game is unknown outside of the already promised spectator mode and single player experiences, but Rubin shared more teasers and insights into the future.

“Seasonal Tournaments are the big news for now, but we’re always working on the next new thing,” Rubin said. “One thing I can add to what you mentioned is we’d love to explore options for cooperative experiences. I’d expect more news early next year on what we’re targeting for 2021.”

With how LoR is set up, balance updates for cards, both buffs and nerfs, are a regular occurrence. While this keeps the meta fresh and exciting in addition to more frequent card additions through expansions, the community sometimes disagrees with certain buffs. A recent point of contention was a buff to Lee Sin, a card that was largely unplayed during Rising Tides, which launched the card up on the ladder.

Rubin originally expressed his concerns when Bastion received its first initial buff to also grant combat stats. Despite the initial strength of the buffs for Lee and Bastion, however, the team felt that it’s been happy with the direction the buffs have gone. Although Rubin believed the changes to Lee Sin and Bastion were “directionally successful,” he thinks the initial execution “wasn’t quite on target” when the changes were combined, resulting in Lee Sin boasting “too much protection at his new cost.”

With Lee Sin’s buff in LoR’s 1.10 patch, his cheaper mana cost allowed him to contest the board even sooner, which helps against aggro as a combo card. Even when made more frail to compensate for the massive buff, Lee Sin’s natural Barriers also allowed him to remain potent against removal and early combat.

“Lee wanted the ability to come down earlier in order to get better usage out of casting so many spells and really feel like a worthwhile Champion. With Ionia’s general struggles recently, we also wanted to provide some new opportunities for the Region through Lee,” Rubin said. But for cards buffed around Lee Sin, like Bastion and Mountain Goat, the team had a goal to improve “Targon’s buffing prowess into a more competitive space.”

Both the play and win rates for Lee have been improving, according to Rubin. Despite this, he also noted these analyses and stats go beyond numbers and tread into players’ feelings.

“If we were just talking about play rates and win rates, we would be incredibly happy. Game health is the real issue right now with Lee Sin,” Rubin said.

Even with combo being an important part of any metagame, Rubin said Lee Sin is able to take too much advantage in the early game. When combined with his lethal combo with Overwhelm it could lead to situations where he’s “frustrating to face.”

Rubin claimed this buff to be “more uninteractive” than the team would like considering his newfound advantages Lee Sin could find earlier each match. As a result, the team aims to adjust the champion in a manner that preserves his combo potential while making it more difficult for him to dominate the early game.

Since the new card release strategy has been updated to more frequent expansion releases and is confirmed for the next two sets in 2021, Rubin shared his thoughts on the new direction and the current level of success and trepidations that have come with it.

“We won’t know for sure until the full Call of the Mountain set has been fully released, but for now I’d say we’ve been relatively happy with the results,” Rubin said. “We have been keeping our ears to the ground though, and we’ve had our fair share of learnings from the issues players have brought up.”

While the willingness to adapt and take in feedback allows the LoR community to have their input be heard, the entire team is always aware of players’ worries.

“Overall, we’re super happy to deliver cards to players more frequently than we have in the past,” Rubin said. “But we will have to address player concerns such as overall metagame impact and incomplete feeling archetypes in order to promote more diversity when new expansions drop.”

The LoR community believes one downside to the frequent releases is that some regions get less new cards to play with during the staggered but more frequent expansion drops. Despite receiving less tools than other regions in Call of the Mountain, some regions, like Bilgewater and Demacia, were notable presences on the ladder before Monuments of Power’s release.

There was also a chance that those archetypes would run even more rampant on the ladder once those regions got their fair share of new cards to use. But Rubin had already planned ahead for that strategy.

“For releases such as Call of the Mountain, we specifically added powerful callback cards to regions that were getting less cards to give players who love regions like Bilgewater and Demacia meaningful new options even though they were only getting two cards,” Rubin said. “Jack the Winner, Monkey Business, For the Fallen, and Screeching Dragon revamped previous archetypes, which was a huge success in that regard.”

With Monuments of Power’s release, Demacia’s Dragons and Bilgewater’s Self-Damage archetypes added more to both regions. This leaves Piltover and Zaun and Noxus as the remaining two regions in the third unnamed expansion for Call of the Mountain’s final set of cards.

“When we see regions occupy more than a fair share of the ladder consistently, we do look to make overall nerfs to those regions (such as our changes to Petty Officer and Jack the Winner, and we’re also adjusting Make it Rain in the near future),” Rubin said. “There will always be a few regions trending high in terms of viable decks and representation in the competitive metagame, so our main focus with overrepresented regions is actually more on the other end—the regions that are underrepresented—which is why we generally prefer buffs over nerfs where possible.”

In any creative space, developers are bound to find favorite cards to grow attached to or stories that give insight into the difficulties of implementing certain mechanics.

“From Monuments of Power specifically, Shyvana is probably my favorite card.” Rubin said. “She reads straightforwardly, but there are many ways to both build around and play with Dragons, Fury, and Strike cards that give Dragon decks a lot of satisfying gameplay.”

LoR’s future, both distant and near, is looking incredibly promising for fans within its community. From promises of exciting and high stakes tournaments every two months to the biweekly patches, LoR always finds ways to iterate on itself to keep it fresh.