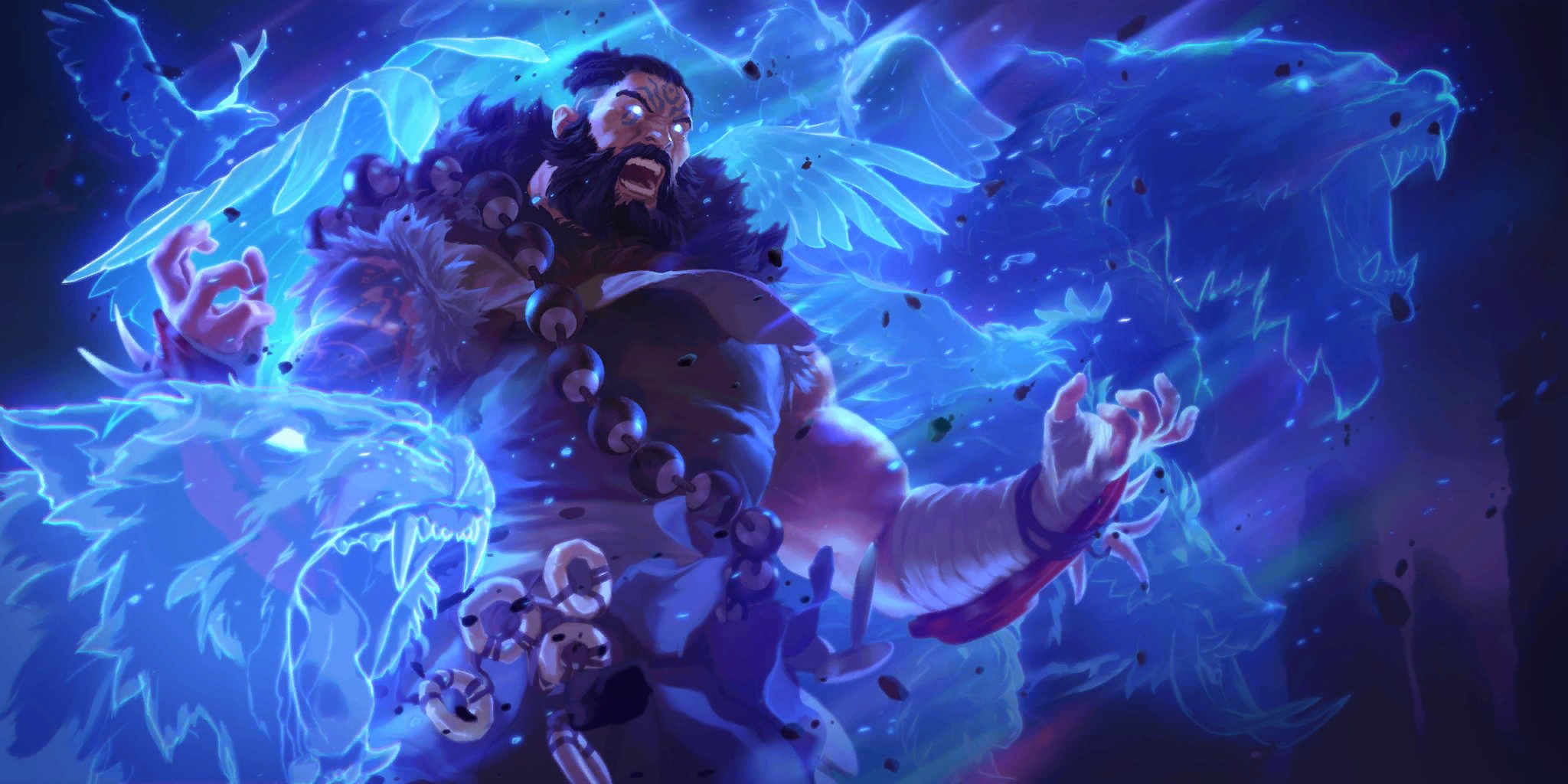 An early 2022 roadmap for Legends of Runeterra showcases new Runeterra Champions, altered expansion release dates, and an increased focus on Path of Champions.

Riot Games dropped a partial LoR 2022 roadmap instead of a full release on Feb. 24, outlining what’s coming to the digital card game from March to July. The reveal showcased Jhin as a new Runeterra Champion, breaking regional rules. Broadcasts for LoR Seasonal tournaments were removed per the dev video, and the PvE mode Path of Champions is getting a huge upgrade.

Jhin is the first Runeterra Champion to join the LoR champion roster, creating new deck crafting opportunities. The upcoming four-cost Runeterra Champion opens the door for multi-region decks as Jhin is technically his own region that allows units with Skills from any region to get put into a deck with the Virtuoso. Similar to Jhin, new Runeterra Champions will “break out of traditional regions rules,” according to design director Andrew “Umbrage” Yip.

Balance changes will take place “every other month,” according to Yip unless a hotfix takes priority.  A major balance update is scheduled to take place in March according to the LoR 2022 roadmap, along with champion updates and another major balance patch in April. Jhin and new standalone expansions are scheduled to release in May and the next balance change after that is set for June.

Path of Champions is the most played game mode in LoR, according to director of strategy Brett Freeman. The PvE mode practically doubled the number of LoR players since its release, leading the team to create a 2.0 version. The upgraded Path of Champions mode will include new stories, a progression revamp, new regions, and a separate campaign for each LoR champion.

The LoR team is changing the progression within Path of Champions to allow players to “chase specific items for new builds and customize how your champion legend plays through upgrades that are more intentional,” according to game director Dave Guskin. The Patch of Champions 2.0 version is slated to drop in May.

This article will get updated upon Riot releasing more information about the LoR 2022 roadmap beyond the month of July.