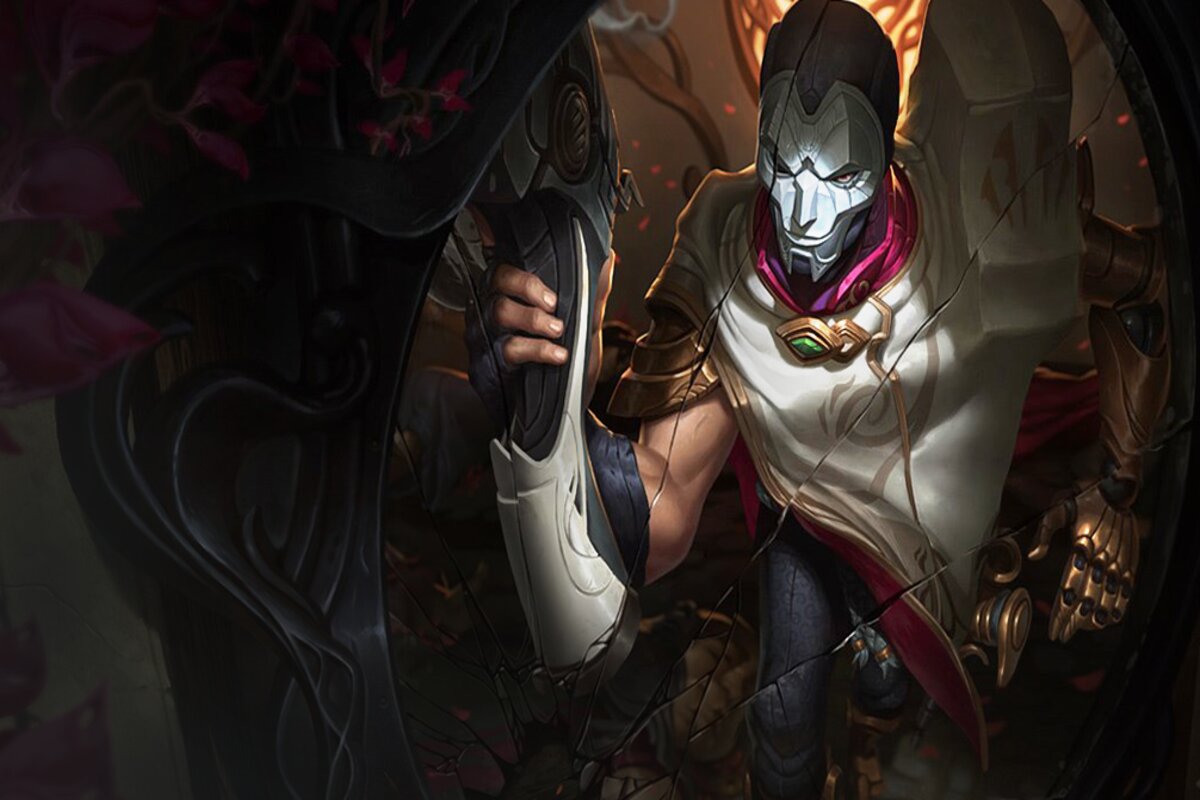 A partial Legends of Runeterrra 2022 roadmap was released today by Riot Games, revealing Jhin as an upcoming new Runeterra Champion that interacts with regions differently than other champions within the digital card game.

Scheduled to release sometime in May, Jhin will join the LoR champion roster. Unlike other champions, the Virtuoso is a Runeterra Champion, bringing “new mechanics and depth to gameplay” by “breaking out of traditional regional rules,” according to design director Andrew “RiotUmbrage” Yip via the LoR 2022 dev video.

Jhin is his own region essentially, allowing LoR players to put cards with Skills from any region into a deck with the new Runeterra Champion. When crafting a deck, players will be able to click on Jhin under regions to see what units can be added to a build containing the Virtuoso. Jhin is a four-cost LoR champion but his stats and other abilities are unknown at time of writing.

The expected release date for Jhin is sometime in May, according to the early LoR 2022 roadmap. A new expansion that will include the Runeterra Champion, an updated Path of Champions, a new event pass, and a Seasonal tournament is also coming in May.

No new sets are being added to LoR and expansions will no longer follow the previous two-month cadence, according to Yip. Each new expansion will vary in size. Balance patches are expected to take place every two months unless a hotfix is needed and Path of Champions is getting a 2.0 upgrade for all PvE LoR players.