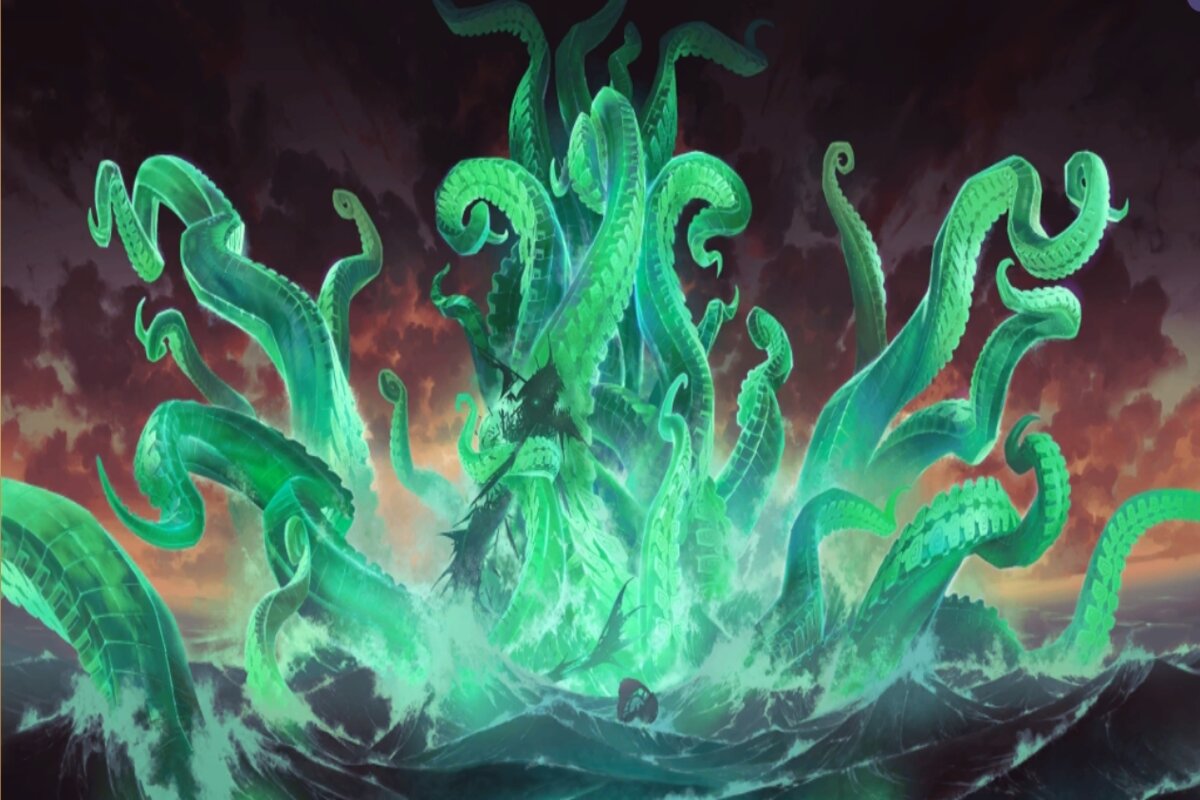 Bilgewater Gods and Tentacles come to life in Legends of Runeterra via the new “Spawn” keyword within the Worldwalker expansion.

The LoR team is shaking up PvP and Path of Champions with the addition of Illaoi and Nagakabouros within the Worldwalker expansion that releases on May 25. Initial reveals of the keyword from Riot used language that proved confusing to the community. The text was changed later that same day, according to a Twitter post by senior game designer Jonathan “RiotIAmWalrus” Moormann.

The official text for Spawn is now “For each Spawn: Summon a 1/1 Tentacle, or if you already have one, grant your strongest Tentacle +1/+1.” A Tentacle is a one-drop 1/1 unit that can get played independently. If no Tentacles are on the battlefield when Spawn triggers, it creates a Tentacle with power and toughness equal to the Spawn number.

Nagakabouros, for example, has Spawn two at round start. If there are no Tentacles on the battlefield, a 2/2 Tentacle will appear via the Bilgewater God’s Spawn ability. If you have one 1/1 Tentacle and a 2/2 Tentacle while casting Buhru Lookout, which has Spawn three when summoned, +3/+3 will get granted to the strongest Tentacle.

The LoR Spawn package is not about go-wide strategies but rather vertical ones via power and toughness scaling of a Tentacle. Illaoi supports the Tentacle and Spawn theme but isn’t tied to the archetype. Nagakaboros, on the other hand, is a top-end finisher that directly synergizes with the Spawn archetype. 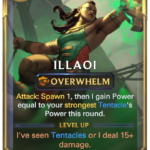 Related: How Jhin works in Legends of Runeterra

If creating a build that focuses on Spawn, Nagakabouros is the unofficial champion for the LoR deck. She scales a Tentacle in power at every round start. Upon a Tentacle hitting 12-plus power it’s game over as she starts a free attack with Ephemeral Tentacles that grow in stats to that of the strongest enemy while getting granted its keywords.

The idea is to keep your Tentacle alive while continually scaling its power via Spawn. Pairing Bilgewater with Demacia for a Spawn archetype LoR deck will provide units and spells that can protect Tentacles while supporting the overall archetype with chump blockers, Rally, and units with Challenger to clear an attack path.

Leveling up Illaoi within a Spawn archetype deck can occur quickly, especially when paired with Scout units and the Rally mechanic. Upon leveling up, the LoR Bilgewater champion increases each Spawn value by one. She then fully heals your strongest Tentacle upon attacking, while also Spawning one, and then gains stats equal to the Tentacle’s stats for that round.

This article will get updated after the release of LoR Worldwalker on May 25.