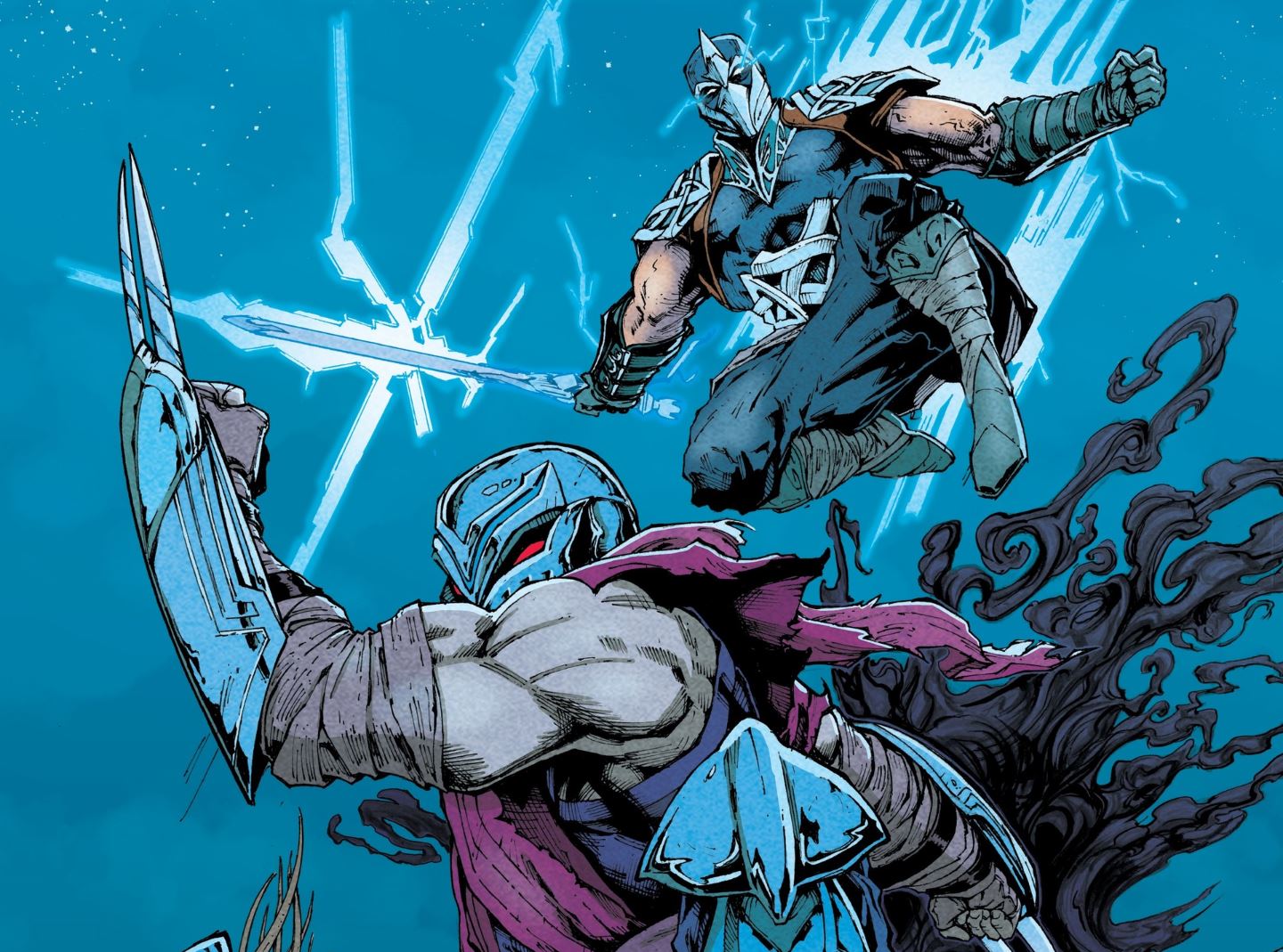 Zed confronted his past and the Master of Shadows finally gets some sense beaten into him by his closest friend turned bitter enemy in the latest League of Legends comic released today.

The fourth issue of Zed is out now, picking up from Shen and Zed’s brief reunion. It didn’t go so well for Zed because killing your best friend’s father is a deed frowned upon by the general populace. Shen refused to work with Zed, but that didn’t stop the Eye of Twilight from pursuing Jhin with his investigative abilities and the Master of Shadows following closely behind. Once Zed reached Nanthee, he found out that the entire town was rigged with lantern bombs.

If you haven’t read the latest issue of Zed, dive in for yourself on Riot’s Universe Page.

It didn’t take too long for Zed to get right into the thick of the action. Knowing that Nanthee’s dock had a custom of ringing the bell four times before passengers departed, Zed realized what the fourth ring would entail: utter destruction.

Zed had a chance to catch up with the escaping Jhin but chose to save Shen instead. The Master of Shadows once again pleaded with his former best friend to join his crusade against the Virtuoso, but Shen had other ideas.

Shen knew what Zed was too short-sighted to see: that Jhin had dedicated his madcap performance to Zed. Shen continued both his lecture and beating with Zed gradually losing the will to fight.

A flashback to the two’s childhood showed just how much Zed owed to Shen. Through Shen’s kindness, Zed was given a father and a brother, which only made Zed’s eventual betrayal even more heart-wrenching for Shen.

The issue ends with the Master of Shadows unconscious and beaten, with his impending punishment decided by the Eye of Twilight. Kayn, Zed’s proudest disciple, refused to lift a finger to help his master, proclaiming himself the new Master.

League fans have gotten a clearer lens on the dynamic between Zed and Shen now. It’s clear why the two regarded each other as brothers as children and why Shen is so intent on punishing Zed despite his peaceful ideals.

Khada Jhin remains on the run, while Zed is incapacitated and at risk of losing his powers. Will Jhin’s murderous rampage ever be stopped? Find out in Issue Five, releasing March 18.