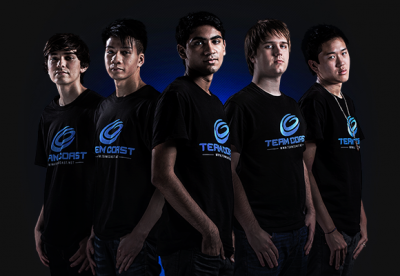 We are currently moving into the Summer Split of Season 5, where top laners are taking smite and support players made do with scraps of gold they picked up from assists. It is always fun to look back at the old days to see how the competitive scene and the meta have changed in just two short years. In my opinion, season 3 was a magical time for League of Legends, and here is how season 3 should be remembered.

1. Shen and Elise were popular picks in top lane

In season 5, Shen and Elise have fallen off for several reasons, but at one time, both were top ten most picked champions. Shen was disabled due to a bug with his ultimate Stand United for a majority of season 4. Therefore, since season 3, Shen has only been picked ten times in large tournaments over the past year. In season 3, Shen was a highly contested pick, and it was a staple of North American powerhouse Team SoloMid’s global composition where Dyrus played Shen, TheOddOne played Nocturne, and Reginald played Karthus.

Elise was also a top tier pick top lane choice in season 3, and most people remember the highlight of former CLG top laner Nien (now an AD carry again for Team 8) successfully defending CLG’s base 1 v 4 against Team SoloMid while super minions took TSM’s base. Elise could be flex picked as a top laner or a jungler, but due to nerfs to her AP ratios, she lost favor as a solo laner, and with further nerfs and the introduction of the new jungle in season 5, Elise lost favor entirely.

The Season 3 Spring Split of the North American LCS was the first split in North America. At the time, many strong players took center stage, including the members of Good Game University, who shocked everyone by taking Team SoloMid to a game five in the North American finals behind a fairly new competitive roster: ZionSpartan, NintendudeX, Jintae, DontMashMe (now Mash), and Daydreamin (the Blitzcrank god, never forget).

This roster would become the first iteration of Team Coast, and they certainly were not a bad team at the time. According to Scarra, “Coast was winning the game until they lost,” which we couldn’t even say for the newest iteration of the Team Coast lineup. However, Team Coast had a solid three split run in the LCS before they got relegated and returned with the fated 1-17 lineup.

In today’s competitive scene, Yellowstar is known as arguably the best support in Europe. However, he moved to support during Season 3 summer. Before he was Fnatic’s longtime support, he was their AD carry with nRated (now on SK Gaming) as his longtime support. Behind a strong Fnatic roster consisting of Soaz, Cyanide, Xpeke, Yellowstar, and nRated, he helped Fnatic win the Spring Split of EU LCS. Although Yellowstar was a strong AD carry back in his day, we can certainly say that he’s an even better support now (even outshining his old bot lane partner nRated).

4. Deficio was not a caster, but rather a support player

Deficio is known nowadays as a star color caster for the European LCS, but before he was a caster, he was a pro player. Deficio was the support for the season 3 Copenhagen Wolves/Ninjas in Pyjamas roster. Deficio was the only player on that team to play every single game of season 3, and he and upstart mid laner Bjergsen were the only ones to play every single game of season 3 summer with Ninjas in Pyjamas.

5. The mid lane in Europe was stacked

Although the mid lane during the season 5 Spring Split in the European LCS was stacked with talent, the season 3 Summer Split mid lane was an unbelievable split filled with legends and upstarts. SK Gaming mid laner Ocelote would play his final LCS split, while Fnatic’s Xpeke, Evil Geniuses’ Froggen and Gambit’s Alex Ich proved why they were top tier talent in Europe. Upstarts such as Bjergsen (NIP) and Nukeduck (Lemondogs) brought added diversity to the stacked mid lane of season 3 summer.

6. Counter Logic Gaming was at the height of its “counter logic” phase

During season 3, Counter Logic Gaming was in its “counter logic” phase of swapping players around to play many different positions. The mid lane and AD carry roles were filled by Link and Doublelift for the entirety of Season 3 (and years to come), but the support, jungle, and top lane roles were a revolving door of washed-up talent. The season 3 spring split of North America began with HotshotGG making his return to top lane from the jungle, Chauster moving from support to the jungle, and Aphromoo playing the support role for the first time (formerly an AD carry because “support is so easy dude”).

After narrowly avoiding relegations for the season 3 summer split, HotshotGG stepped down, and they brought Nien (formerly an AD carry) into the top lane. Chauster returned to the support role to replace Aphromoo, who stepped down. This left a vacant jungle position, and instead of honing a new talent from North America or abroad (the smart decision), they brought Bigfatlp (also known as season 1 CLG star mid laner Bigfatjiji) in to run the jungle. Unfortunately, Counter Logic Gaming still has not seemed to improve much, even with players that play their respective roles.

7. The Support role was completely different

As a support main in season 3, most solo queue players loved to have me on the team because the support role used to be a lot less glamorous than it is today. If you were a support, it was always in your best interest to build the Philosopher’s Stone, a low-budget item built from a Faerie Charm and Rejuvenation Bead that granted mana regeneration, health regeneration, and passive gold generation. There was no gold sharing with Relic Shield or an item like Spellthief’s Edge to give you gold as you poke; if you did not build Philosopher’s Stone, good luck getting any gold at all as a support.

Philosopher’s Stone built into four items – Eleisa’s Mircale (which most supports rarely got), Shurelya’s Reverie, an item with an active similar to the current Talisman of Ascension, Mikael’s Crucible (same active), and Ohmwrecker (same active).

The Runic Bulwark was another item constantly bought by supports and supportive junglers that provided massive buffs to your team (10 armor, 30 magic resist, and 10 health regen per 5 seconds). Its build path utilized the old (better) Aegis of the Legion that gave armor as well. Usually by the time supports built Shurelya’s Reverie and Runic Bulwark, the game was usually decided.

Supports that needed ability power at the time would build a Kage’s Lucky Pick for the passive gold and ability power, and most of the time, they would build it into a Shard of True Ice (similar to today’s Frost Queen’s Claim) or Twin Shadows.

TheOddOne proclaimed the triumphant trio of bans “Bronzeodia,” and if you played in Bronze or Silver tier at the time, the bans were almost always the same in season 3: Blitzcrank, Amumu, and Malphite. It was rare to be allowed to play one of these champions, and if the other team got one of these three champions and won, the person who picked and banned would almost always be flamed by the rest of his team for allowing them through. Their area of effect ultimates were super strong during team fights at the time (deemed almost uncounterable).

Did this bring some nostalgia back?