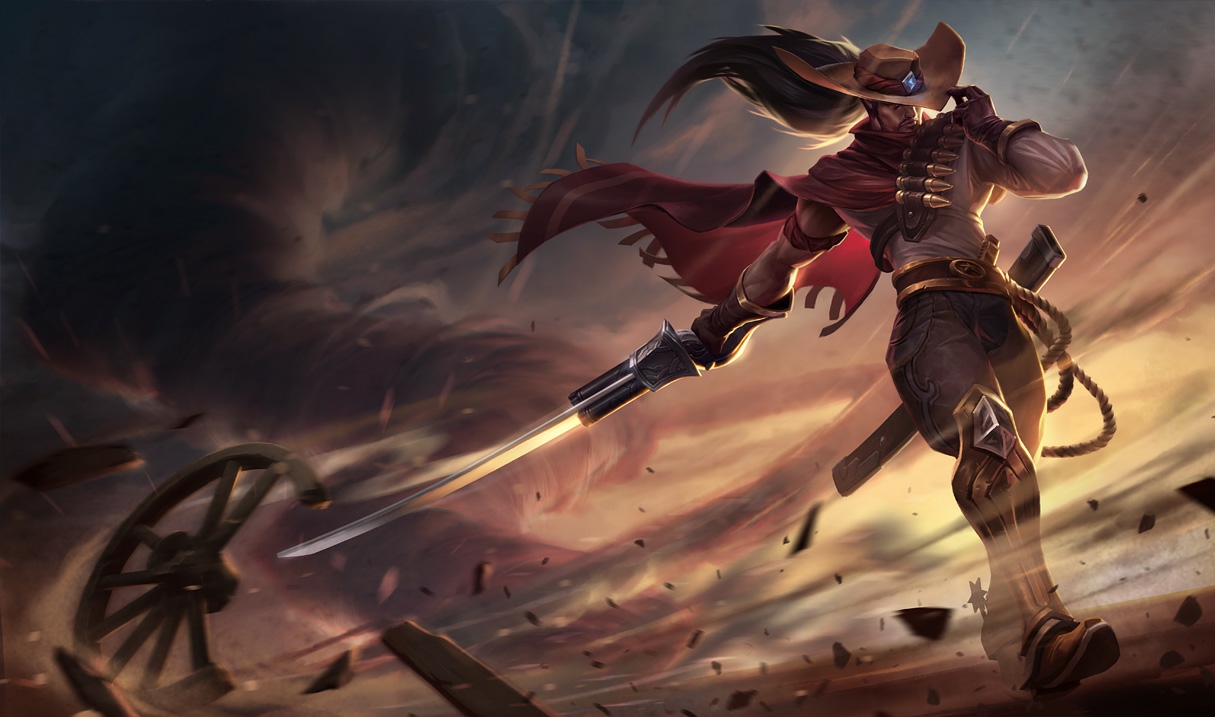 These aren’t just troll builds that are being used in Bronze 5. These are Masters and Challenger level ranked games featuring pro players in South Korea, the most competitive region in the world. The bot lane meta has been totally flipped on its head, and the most recent development has been the elimination of marksmen altogether.

What the hell happened?

It’s all about the damage

In Patch 8.11, ADCs went through a total rework. This was bigger than the recent changes to mages and the jungle. At first, a ton of focus was placed on the new items like Stormrazor and the refreshed Essence Reaver. These items, along with a nerf to how critical strike items work, made it so lane-dominant ADCs rose to the top of the meta.

But then people started looking closer at the stat changes. Nearly every marksman had their base damage nerfed by four. Instead, their AD growth per level was increased so that, by level eighteen, they actually have more damage. It was a noble goal—push back the ADC’s power spike so the other lanes can have more impact on the game. But it backfired in a major way.

The reduced damage really hurt the ability of a marksman to trade in lane. And an ADC that can’t trade is just begging to be killed. That’s why Yasuo and Irelia are so ridiculous—they do so much more damage and have so many dashes and CCs that they can literally run at an ADC and kill them.

Marksmen still deal more damage with levels, but the problem is, levels are hard to come by in the duo lane where the ADC shares experience with supports. And champions like Yasuo and Vladimir already make great use of one-item power spikes, so they are able to effectively snowball the lane out of control against marksmen that need two or more items.

That’s why, at the highest levels of League, even strong marksmen are finding themselves in the unemployment line.

The mobile will survive

The upheaval in the meta and sidelining of most marksmen has players of all kinds, even professional ADCs, scrambling. SKT ADC Bae “Bang” Jun-sik is practicing Yasuo while TSM ADC Jesper “Zven” Svenningsen is lamenting the current state of affairs.

There are some marksmen who do still have a role. Rageblade ADCs are still okay because they can keep up with the one-item power spikes. Notably, Kai’Sa is ridiculous because people have found out that, after Rageblade, her kits allows her to build full-AP: Nashor’s Tooth into Deathcap. This gives her the burst potential to mow a bruiser down.

The other thing she has is mobility. And that’s the key right now for people that want to play marksmen. Ezreal and Lucian are still priority picks who can trade early and have escapes to get away.

But other than that, it’s a bit rough for the other marksmen. If you’re a big fan of crit though, don’t worry: Riot has work planned in Patch 8.13—which should drop by the end of June—to address concerns with those champions. And while Riot has expressed an affinity for champions in different roles, you can be sure that it will take a long hard look at how these wonky comps work if they’re still in vogue as we head towards Worlds.