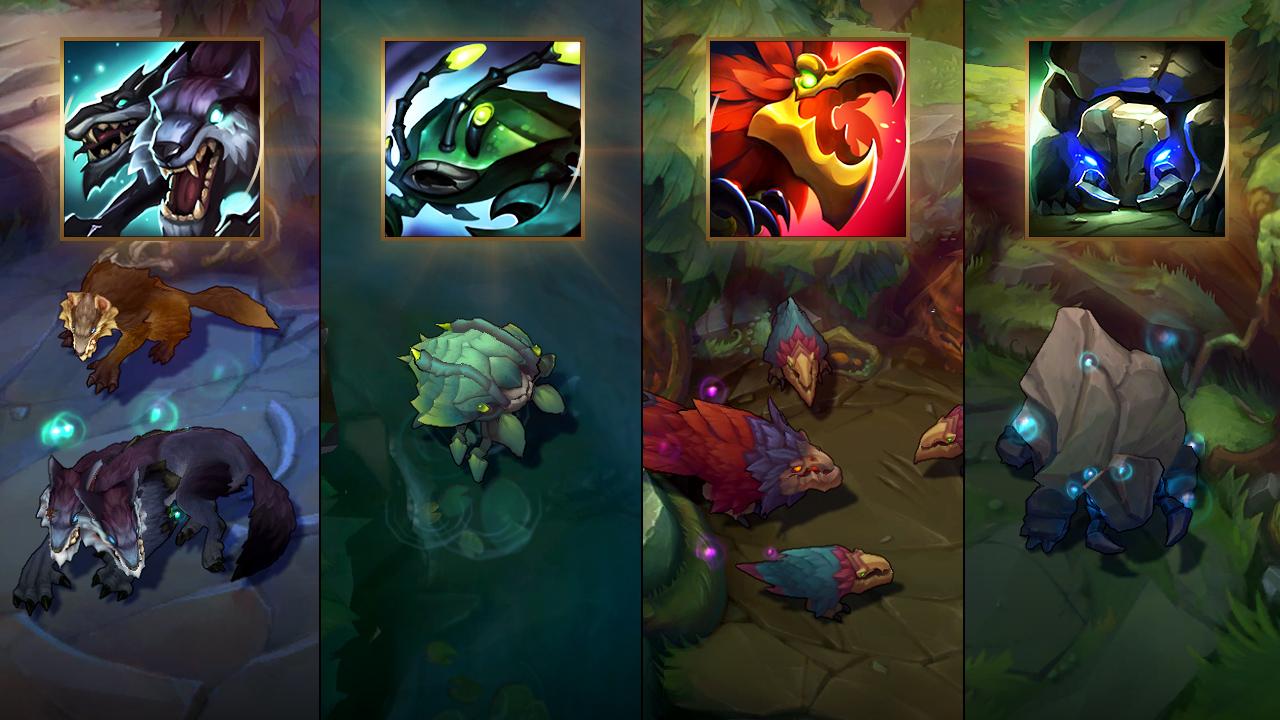 Ahead of League of Legends’ Patch 8.10, developers are looking at some potential jungle changes that will go to the PBE for testing. These changes center around how much experience jungle camps give, mana regeneration, and various aspects of the Rift Scuttler.

In the post describing the changes, Riot Sotere talks about the goals of these alterations and what they’ll be. Overall, Riot wants to keep junglers in their jungle instead of having them impact the lanes in the early game. These potential changes also attempt to tackle a recurring problem in the jungle: Mana issues for some jungle champions.

Related: Baron gets 2,600 more health, more AoE damage, and other big changes on the way for League

Experience gained from jungle camps will be reduced in the early game and junglers will find it tougher to reach level three. Instead of going from one buff to a normal jungle camp to the second buff, players must clear more camps to reach that third level. Talisman will also reward more mana regeneration in the jungle and Runic Echoes will see a change. Exact numbers and stats weren’t provided for these changes, so we’ll have to wait until they’re on the PBE to see how harsh they are.

These changes will force junglers to stay in the jungle because they’ll need to clear more camps in order to be at a power level where they can affect the lanes. With the mana changes, Riot hopes to increase the jungle champion diversity and allow more mage-oriented champions in the jungle.

Many professional coaches and players reacted negatively to these potential changes. Even EU LCS analyst Maurice “Amazing” Stückenschneider said that the changes will lead to decreased strategy. A lot of the criticism was concerning the randomness of where the Rift Scuttler will spawn.

Related: Riot is gutting the Jhin and Rageblade strategy in League Patch 8.9

The community is upset about this because the Rift Scuttler’s spawn can put you at an immediate disadvantage without you doing anything wrong. It’ll come down to luck and whichever side of the jungle you start your clear on. The randomness of League has always been criticized and players don’t want to see more random factors added to the game.

Following the initial backlash after the changes were announced, Riot Maple took to Twitter to say that the developers have looked at all of the comments they’ve received and will reevaluate them. These changes are expected to hit the PBE on Tuesday, May 1.