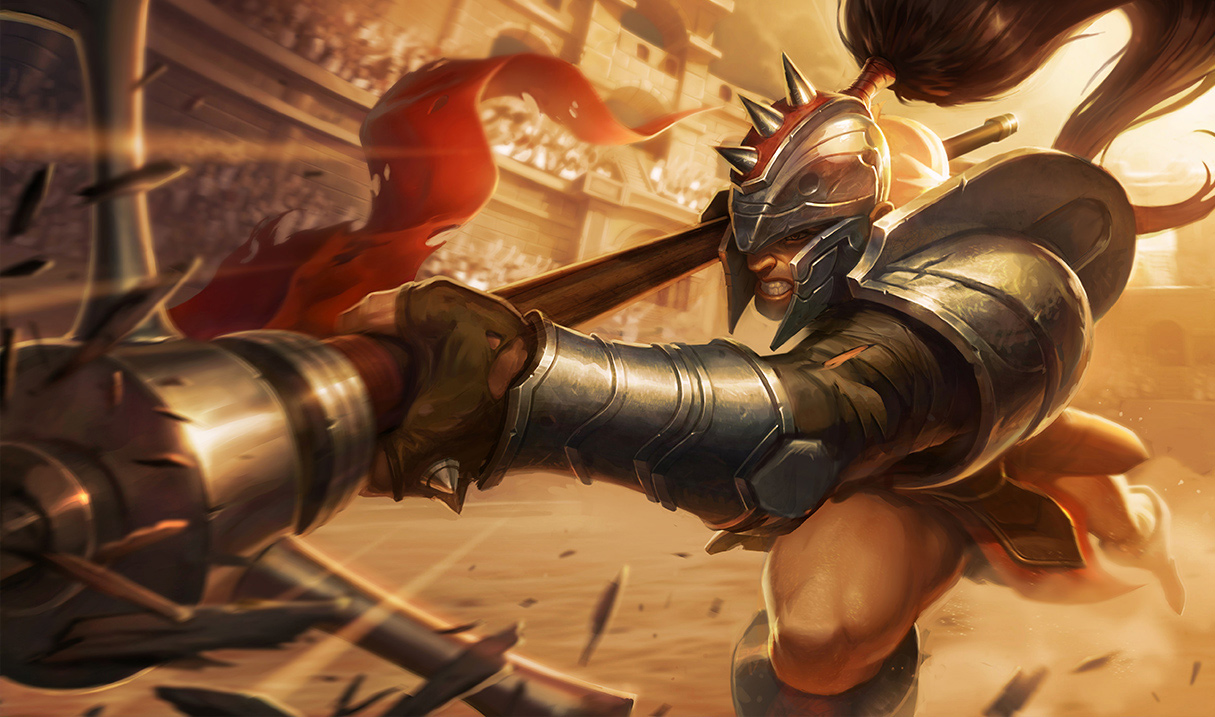 Xin Zhao’s rework was announced by Riot in July, and since then, players have waited with bated breath to see what’s in store for their favorite Demacian spearman. Details of his rework were revealed by Riot yesterday, and the update could hit the PBE as early as today.

Before we get into this, don’t get your hopes up. This update isn’t as big as a rework like Galio’s or Warwick’s. It’s more accurately compared to the Rek’Sai update of Patch 7.11. Unfortunately, it’s also a little underwhelming, and seems like it was sort of thrown together in a rush.

Previously, Xin Zhao’s W caused every third attack to deal bonus damage and heal Xin by a good chunk. That W’s passive is now his actual passive ability, and his W was replaced by a new ability entirely. The survivability from this passive was one of the things that made Xin who he is when it was attached to his W, so it’s nice to see it stick around in one form or another.

This is where things get a little bit hazy. When the rework was initially announced, Riot mentioned that his W would be getting the most attention. After all, it was simply an attack speed boost at the end of the day, and that’s uninspired at best.

As it happens, though, the replacement is also very uninspired, and it seems like the design team pulled this exact ability from other champions’ kits just because they needed something better than what Xin had originally, rather than devising something new and exciting.

The ability causes Xin to swing his spear in a cone in front of him, dealing damage, and then stabbing forward, dealing more damage and slowing enemies. It doesn’t take much thought to realize that it’s very, very similar to Rengar’s Q, which is also a two part ability with a sweeping slash and stab. It’s even closer to Sejuani’s W, which is a two part ability with a sweep and a straight line of damage that even slows, just like Xin’s.

For how much heat Riot gets for overusing three-hit passive abilities like on Vi, Vayne, and even Xin Zhao himself, it seems odd that the company would just reskin Sejuani’s W for him just because it works well enough. We could be misinterpreting the ability or its goal, but it certainly seems that way.

Audacious Charge is essentially the same ability, with one added bonus. The attack speed buff from his old W will not begin after he lands his E on a target, so his camp clear and gank pressure won’t be dropping at all. Xin’s hard engaging E is also a piece of Xin’s identity at this point, and it would have harmed more than it helped to remove or change it too much.

Xin’s modified ultimate ability, unlike the new W, sounds very cool. It still functions the same, more or less, with an instant sweep of his lance that knocks back all enemies except for the last one he attacked or dashed to. Now, however, it will also create a zone in which Xin blocks all incoming damage from outside the zone, sort of like Shen’s W, but on a larger scale. The zone lasts for three seconds, and that duration extends a bit every time he attacks a target.

Overall, these changes seem to amplify Xin’s identity as a battle leader that excels at charging into battle and scaring the bejeezus out of the victims he zeroes in on. What’s more important is the fact that, with his new tools, he’ll be able to succeed at all points in the game, even when he’s playing from behind. That’s something the old Xin couldn’t do.

By that sense, it seems like these new ideas are a success, but we can’t shake the feeling that the W was an afterthought and nothing more. It’s the only ability in his kit that needed a replacement, and even so, that one new ability seems extremely lackluster. Sure, the new mechanic works with his kit well enough, but it doesn’t seem like it helps him stand out as a unique champion in any sense of the phrase, considering that very same ability was just added to Sejuani’s kit in April.

All in all, if the ball was dropped, it was only on that one part of Xin’s rework, so these changes should be nothing but good news for Xin’s fans. The update is set to hit the PBE this week, possibly even today, as soon as the next testing cycle begins.