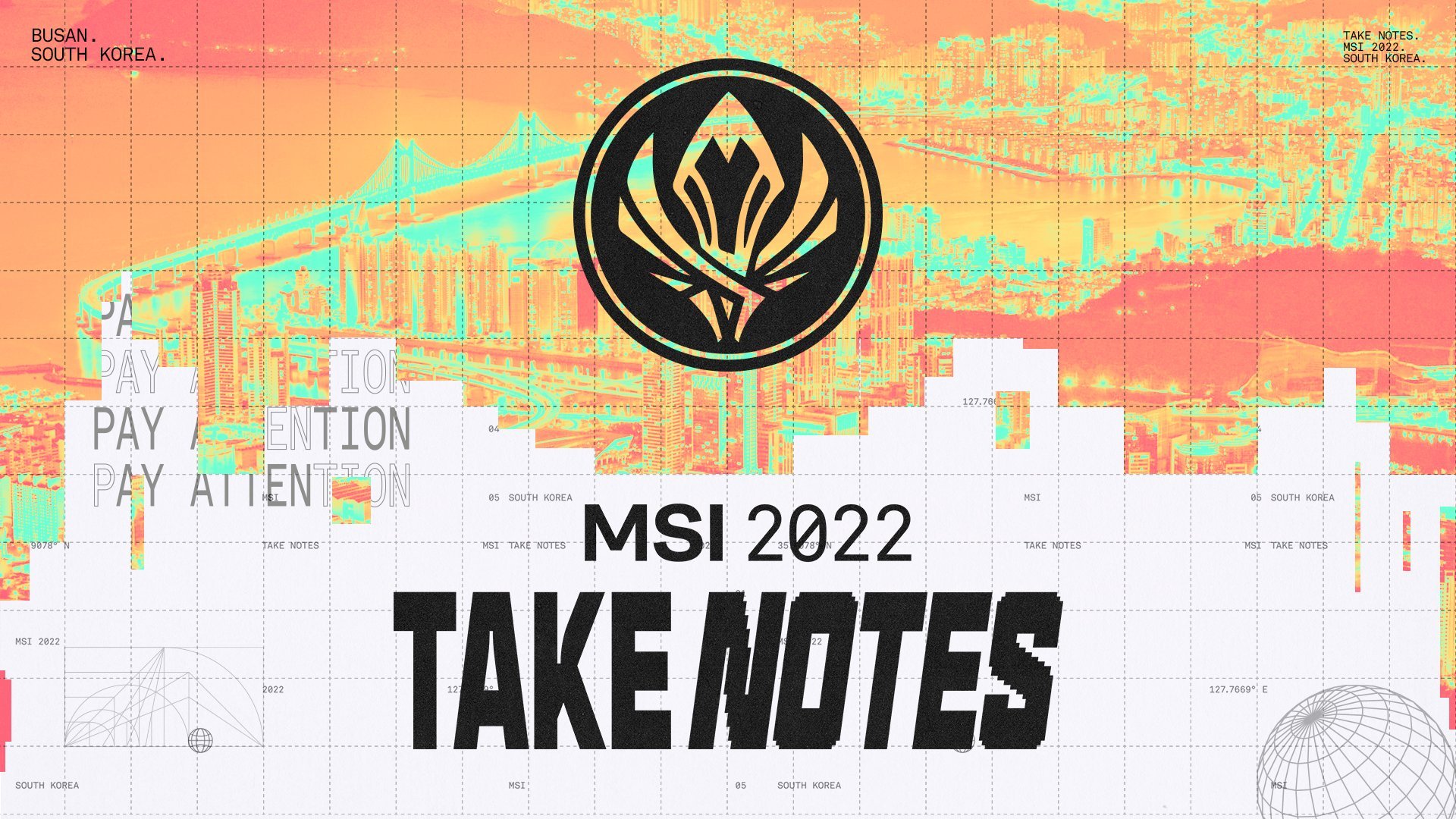 The first international League of Legends event of the season is returning once the regional leagues finish their Spring Split playoffs. The champions of spring will once again battle it out for the MSI trophy, which was claimed last year by the LPL’s Royal Never Give Up.

This year, MSI 2022 will, unfortunately, miss the LCL representative since the Spring Split in the CIS region has been canceled.

MSI is coming to Busan, South Korea in 2022. For the first time since 2019, the event will include a live audience throughout the tournament. All stages of the competition will be held in the Bexco Exhibition Hall, which can host up to 4,000 people.

The whole event is planned to take place between May 10 to May 29. It will once again be divided into three stages, with the group stage scheduled for May 10 to 15, the rumble stage from May 18 to 22, and the knockout stage from May 27 to May 29. A winner will be crowned on the final day of the event.

The full schedule MSI 2022 can be found here.