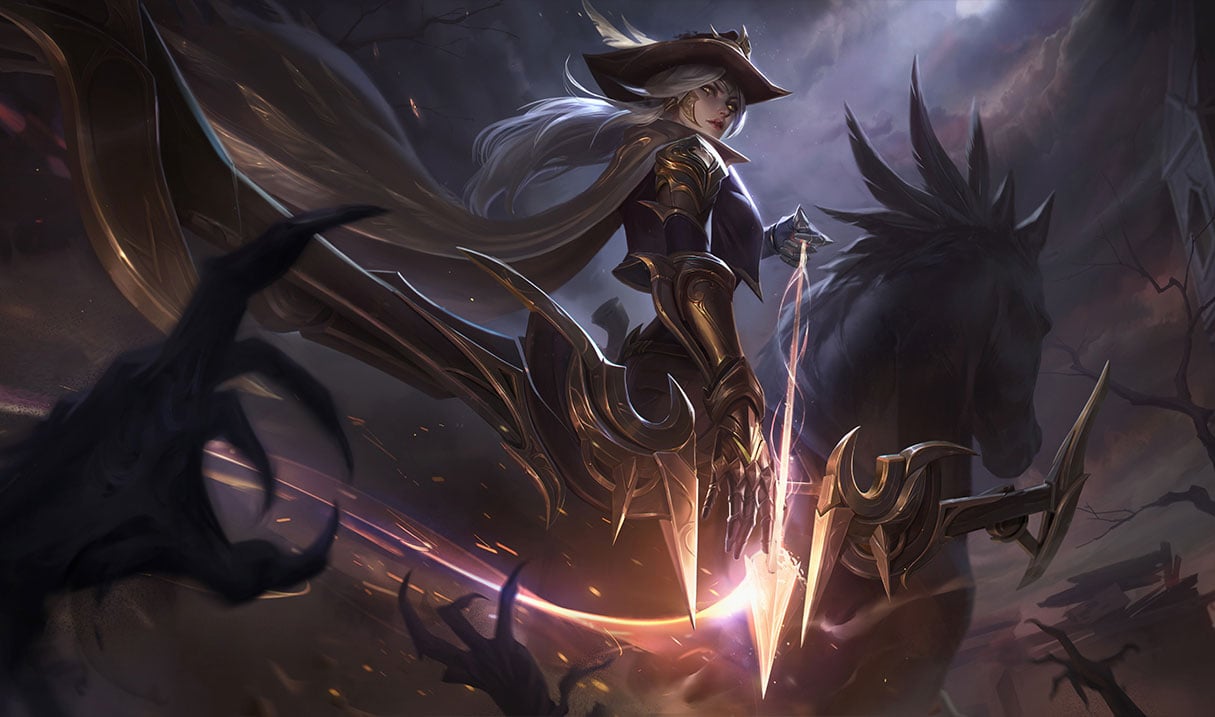 Riot Games added High Noon skins for Ashe, Darius, and Hecarim to the League of Legends Public Beta Environment today, leaving many fans wondering when the new skins are set to launch on live servers.

The skins redesign each of the characters as members of the western-themed universe. Ashe’s skin takes on a unique golden design new to the skin line and she flies around on a shadowy steed, whereas both Hecarim and Darius’ skins follow the fiery, somewhat demonic look commonly found across the High Noon theme.

Shortly after Riot revealed the cosmetics on the PBE, chromas were added for each of the skins. Both High Noon Ashe and Hecarim will be getting five chromas each, while Darius receives six unique colorations. Once the skins go live, players will be able to pick up the chromas for an additional cost to further customize the skins.

Related: League of Legends’ new High Noon skins get chromas on the PBE

Like most skins, the new additions to the High Noon skin line won’t have an official release date but will likely remain on the testing servers for approximately two weeks before going live with a later patch. For their duration on the PBE, the skins are subject to change while Riot continues to test the cosmetics.

Patch 9.20 launches on Oct. 9, according to the patch schedule, so fans should expect the three new skins to hit the Rift around that time.