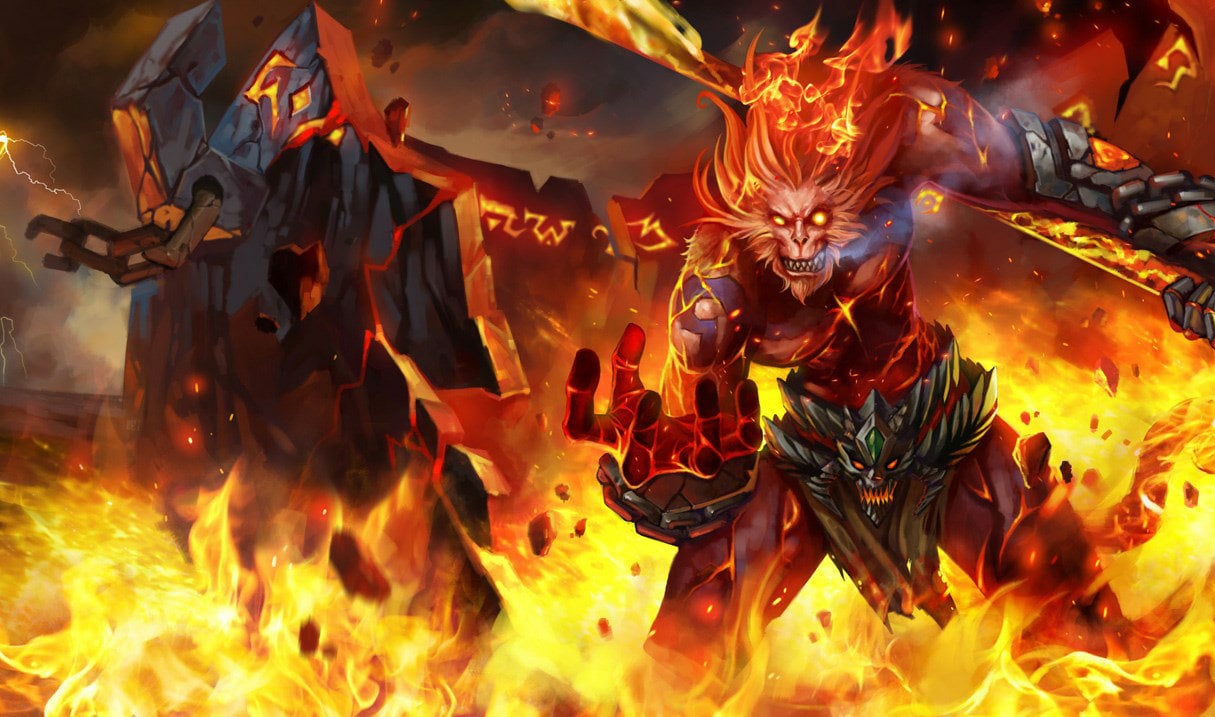 The Volcanic Wukong skin’s cost has been dropped to only one RP until Jan. 31 in the Filipino League of Legends client, Riot Games announced earlier today.

This is meant to raise awareness for the concerning activity of the Taal Volcano, which began to spew ash and lava fountains earlier this month. Riot also provided recommendations to help people protect themselves from the aftermath of the eruption.

Since Jan. 12, authorities evacuated over 25,000 people and fear a catastrophic eruption of the volcano in the coming days. But many inhabitants are staying in their homes close to the volcano and can suffer the consequences of ash falls and earthquakes.

Several humanitarian associations have already started to help Filipino inhabitants and wildlife, like PETA Asia and the Red Cross. This echoes some proposals that were made a few weeks ago when players started to ask publishers to help the people battling the bushfire crisis in Australia.

League players asked Riot to sell the Tristana firefighter skin and give the profits to Australian associations. In the Overwatch community, a fan even designed concept art for a Firefighter Roadhog skin that Blizzard could release to raise money like it did with the Pink Mercy skin in 2018 to raise money for breast cancer research.

Activision has decided to help to curb the Australian fires by donating all of the Call of Duty: Modern Warfare Outback pack sales to the relief effort. It was renamed as the Outback Relief bundle. Players can purchase it until Jan. 31, which is the same day that Volcanic Wukong will cost one RP until.