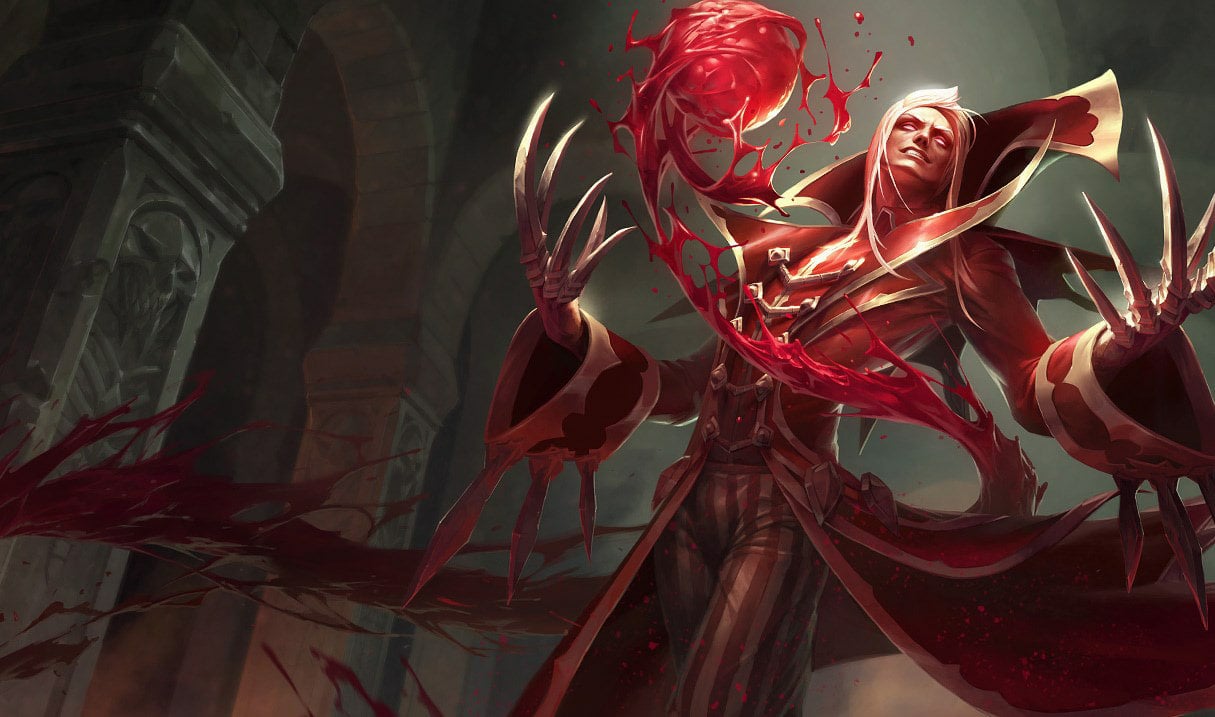 The Ultra Rapid Fire mode is currently live in League of Legends, allowing players to pull off some impressive plays. Recently, one player named Reiikoz scored a pentakill in an astonishing fashion by spamming two of Vladimir’s abilities.

The play was shared on League’s subreddit by a user named arciiz. It starts with the Crimson Reaper landing in the top river after using champion cannon and slowly making his way towards enemies. The first he approached is the enemy Morgana, who he quickly eliminated with his Sanguine Pool (W) and Tides of Blood (E) combo.

Shortly after, the opposing Cassiopeia, Zed, and Zac emerged, with the three aiming to get rid of Vladimir and his two teammates, Caitlyn and Soraka. Still, Reiikoz used the W and E combo continuously, dealing massive amounts of damage and dodging a number of enemy skill shots, resulting in the three opponents dying as well.

Kindred made a last stand for the opposing squad seconds later. Nevertheless, it’s unsuccessful, since they fall short as well. The Eternal Hunters were resurrected by a Guardian Angel and used Lamb’s Respite to further extend their life. But after the ultimate finished, they ended up in the fountain with Vladimir celebrating his pentakill.

In their Reddit post, arciiz said they’ve had their fun with Vladimir in URF, and now they’re aiming to ban him in their other matches. If this video proves anything, it’s that banning the Crimson Reaper might be a good idea in this League mode.