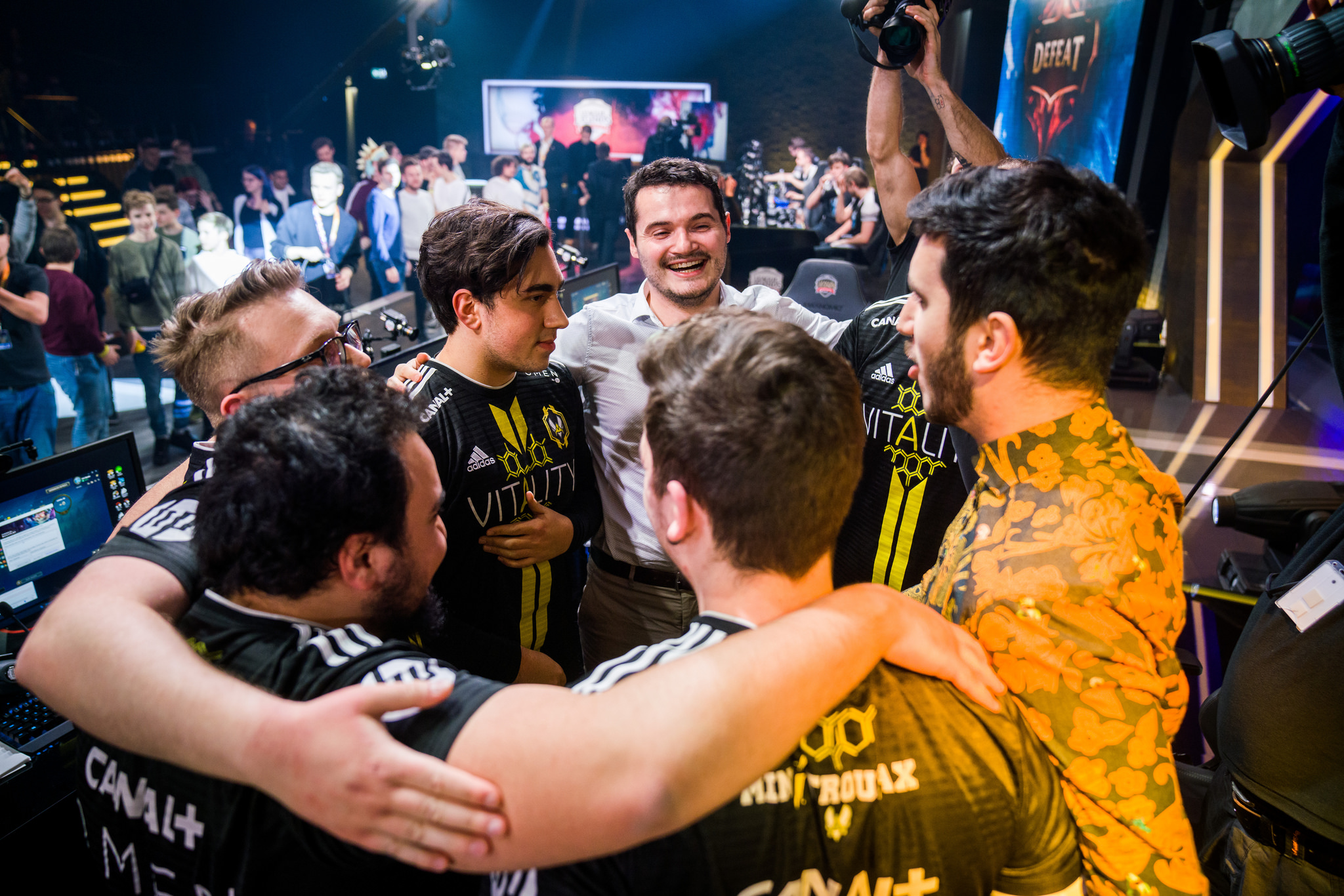 In Saturday’s EU LCS quarterfinal match between Vitality and H2k, Vitality were supposed to be the better team. They had the higher seed, after all. But five out of nine votes from the EU broadcast squad actually favored H2k to win the best-of-five match.

It was an upset, then, when Vitality turned things around and beat H2k in a sloppy, mistake-filled series. Neither team played clean League today—games often devolved into a contest to see who would throw the hardest. But at the end of the day, Vitality are through to the next round.

The first three games followed a familiar script: Vitality prioritized mid lane and bot lane in their draft, and turned mid lane pressure into objectives around the map. Star mid laner Danielle “Jiizuke” di Mauro showed why he deserved a spot on the All-EU LCS third-team with his dominant play on oppressive champions like Taliyah.

Vitality should have been set up for total map and objective control. But that’s when things got funky.

But what about the Baron?

After benefiting from timely ganks from jungler Erberk “Gilius” Demir, Jiizuke roamed effectively and helped ADC Amadeu “Minitroupax” Carvalho get ahead as well. For the most part, H2k ADC Patrik “Sheriff” Jírů outplayed his opponent, but could do nothing when the rest of Vitality showed up. Vitality stormed to a game one win by taking a free Baron after support Jakub “Jactroll” Skurzyński hit a Thresh hook on Sheriff.

The Baron pit wouldn’t go so well for them in the second game. Losing smite fights has plagued Gilius and Vitality for the whole year, and everything turned when H2k jungler Ilyas “Shook” Hartsema flashed into the Baron pit and stole the objective.

You would think that after seeing H2k tie the series on that play, Vitality wouldn’t stumble around Baron again. But you’d be wrong. This time, Vitality didn’t get it stolen per se—instead, Jiizuke fumbled his Taliyah ult, casting it way too early, and the team had to retreat. H2k just ran them down, killed everyone, and took the Baron as the prize.

But in a twist of fate, H2k, the better late-game squad, failed to press their advantage. Vitality fought back and even won a contested Baron to go up 2-1 in the series.

A shift in the winds

H2k made a comeback in the EU LCS standings by relying on their late-game teamfighting. Sheriff, in particular, has been a menace. But facing a deficit against Vitality’s early-game pressure, they decided to switch things up, starting with a Taliyah ban.

Vitality took the bait—they drafted Vladimir for Jiizuke, a champion that isn’t known for his roaming potential. That allowed H2k to take a risky mid laner of their own—Kassadin. Well, it’s not much of a risk when this happens:

Yup, that’s a pre-18 minute Quadra for H2k’s Marcin “Selife “Wolski, and that was basically the game for H2k, setting up a dramatic fifth game.

That’s when H2k decided to throw as well. Abandoning the Taliyah ban that had been so successful for them, they let Jiizuke get on what is clearly one of his best champions. And Jiizuke took over again. There was no Quadra for Selflie’s Kassadin in this one. Just like in the first game, a pick on Shook—on a play that H2k started—turned into a free Baron for the typically shaky Gilius.

H2k held valiantly at the base, but simply couldn’t clear the minions fast enough as Vitality fought for victory.

This series was close enough that it could have gone either way. H2k validated their late-season surge by dragging things out and winning fights. But Vitality’s early-game leads were too much to overcome.

The fact that the games were close and exciting doesn’t mean that they were well-played, however. Vitality continued to make mistakes with leads, namely by not prioritizing Minitroupax enough and not continuing to punish Sheriff’s lane phase. Their draft, mid game, and objective control need a lot of work. And they only have a week to clean those things up before facing Fnatic, the region’s best team.

If we want to see more of Jiizuke, or the Italian Stallion, the rest of his team have to step their game up.